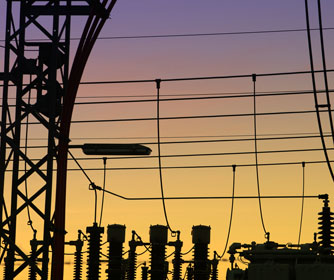 (March 28, 2016) -- Ahmad Taha, assistant professor of electrical engineering at The University of Texas at San Antonio (UTSA), has received a $30,000 grant to support his top-tier research to detect and halt cyber threats to electrical grids. Taha’s work will focus on smart grids, Internet-enabled devices that now generate and monitor much of the electric power in the U.S., and protecting them from cyber attacks.

“In the past few decades, we’ve become increasingly reliant on the Internet. That reliance naturally spreads to machines and devices that generate and consume electricity,” Taha said. “This is especially true with communication networks, and as a result those networks and much of the cyber world is embedded into smart grids.”

Smart grids encompass most energy systems, such as smart meters in people’s homes and renewable energy resources like wind and solar energy. The energy industry has invested heavily in smart grids in recent years, capitalizing on benefits such as digital communications technology, which allows for computer-based remote control and automation.

“All of our basic infrastructures, such as transportation, air traffic control and water distribution systems depend on electricity and smart grid technologies,” Taha said.

While smart grids are modern and efficient, they’re susceptible to cyber attacks, which can be difficult to detect. Cyber terrorists could hack into smart grids and affect smart meter measurements, which could cause a person’s energy bill to skyrocket. On a larger scale, tampering with a smart grid can result in a blackout.

“Just a small blackout could have serious consequences to our local and federal economies,” Taha said. “The 2003 Northeast Blackout only last a few days, and yet it caused billions of dollars in damage.”

In collaboration with the Argonne National Laboratory and fellow UTSA faculty Nikolaos Gastis and Bing Dong, Taha plans to visualize these disturbances by using actual data from smart grids to simulate an attack. Repeatedly testing his digital protections identify weak spots in smart grids, so that the attackers can’t target those areas again.

“A huge part of the analysis of smart grids is understanding how electric power is generated and flowing in the network,” he said. “Once you understand how this works, it’s possible to see when something unusual is occurring.”

Taha expects his research will lead to infrastructures that not only detect when tampering is occurring within a smart grid, but also to track the person who is hacking into it.

“Smart grids are the cornerstone of our economy,” Taha said. “They’re also a huge part of everyone’s daily lives, and they need proper protection.”

Learn more about the UTSA Department of Electrical and Computer Engineering.