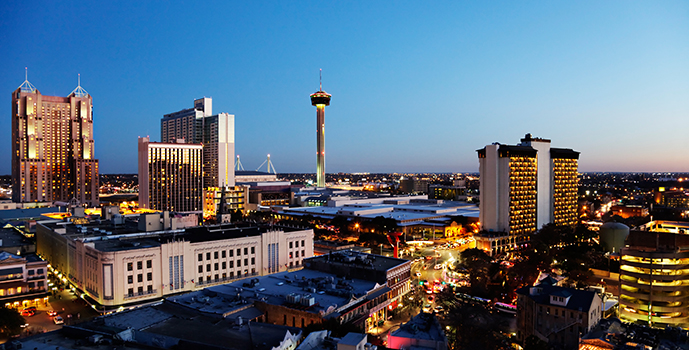 "The economic impact of ongoing efforts by the San Antonio Economic Development Foundation continues to bring in strong results," said Thomas Tunstall , research director of the UTSA Institute for Economic Development. "In 2015, the overall annual impact of business operations from companies that located or expanded was over $1.1 billion and supported nearly 8,000 jobs."

A total of 20 companies located or expanded in San Antonio during 2015. Three industry sectors with notable locations in 2015 were Advanced Manufacturing, Bioscience/Healthcare, and Information Technology/Information Security. Manufacturing operations also had a strong showing in 2015 and is forecasted to continue in 2016. Historically a city not largely associated with manufacturing operations, San Antonio is starting to be recognized for its growing manufacturing ecosystem.

"The Institute for Economic Development has been working with the San Antonio Economic Development Foundation since 2005 to develop these annual updates," said Tunstall. "UTSA is the preeminent authority on economic development extension and has established a combination of complimentary programs that are not replicated anywhere else in the U.S."

SAEDF expects this growth will continue to flow into the local economy for years. It's estimated that after five years of business operation, there will be an increase of 1,832 new and previously owned homes sold and 3,048 new vehicles sold in San Antonio.

The San Antonio Economic Development Foundation is a private, non-profit organization that attracts new business and industry to San Antonio. The organization is responsible for the recruitment of over 450 companies that collectively employ more than 110,000 people in San Antonio.

For more information about the San Antonio Economic Development Foundation.