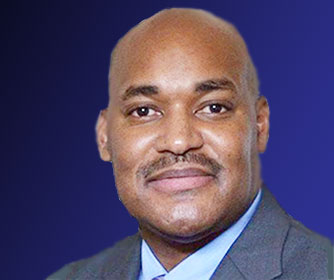 (July 13, 2016) -- Gerald Lewis, a 29-year law enforcement veteran, has been selected to serve as the new chief of police and associate vice president of public safety at The University of Texas at San Antonio (UTSA). He will lead 52 sworn officers and 94 civilian employees in the UTSA Police Department.

Since January 2014, Lewis has served as the chief of police at East Carolina University (ECU), responsible for the safety and well-being of nearly 40,000 faculty, staff and students. As chief, Lewis led a department comprised of 58 full-time and 10 reserve police officers, 16 department personnel and 30 part-time student patrol officers.

Prior to coming to ECU, Lewis oversaw public relations and minority recruitment for the New Jersey State Police, where he served for 26 years. He also worked with New Jersey Governor Chris Christie to launch campaigns recruiting inner-city minorities to the police force. He retired in 2013 as a major and commanding officer after playing a critical command role during Hurricane Sandy.

"We are pleased to have a very seasoned police veteran joining UTSA to lead our Police, Emergency Management and Environmental Health and Safety division," said Kathy Funk-Baxter, vice president for business affairs. "Chief Lewis will be a strong advocate for creating a safe and secure campus environment that supports our educational mission."

Chief Lewis earned a bachelor's in Public Administration and a master's in Administrative Sciences from Fairleigh Dickinson University, where he also served as an adjunct faculty member.

He is a graduate of the Southern Police Institute and a member of the International Association of Chiefs of Police (IACP), the Police Executive Research Forum (PERF) and the National Organization of Black Law Enforcement Executives (NOBLE).