Cyber terror community may emerge according to UTSA professor 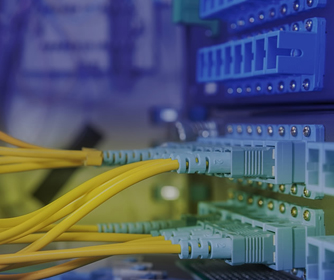 (Aug. 4, 2016) -- According to Max Kilger, director of Data Analytics Programs at The University of Texas at San Antonio (UTSA) College of Business, the rise of a cyber terror community is on the horizon. Kilger, who utilizes his talents as a social psychologist as well as a cybersecurity expert, believes that this new community may be the logical next step in the development of our digital world.

“I’ve been studying the digital community for a long time and framing the events there in terms of social movement theories,” he said. “I’ve been able to classify their social stories into distinct epochs. The first epoch saw the rise of the hacking community.”

“Anthropologists have studied this kind of phenomenon in indigenous cultures that have never been exposed to money. It sometimes just wreaks havoc. They change dramatically or even end up destroying themselves,” he said. “I think that is what is responsible for the start of the cybercrime epoch.”

The injection of money into the hacking community led outsiders like organized crime members to suddenly have significant power in a group that once operated as a meritocracy based solely upon technical expertise.

Kilger recently represented UTSA at a North Atlantic Treaty Organization (NATO) training facility in Ankara, Turkey where he presented his theory about the potential third epoch of our digital world: the possible emergence of a cyber terror community.

“The magnitude of potential damage for a cyber attack is remarkable, and the number of targets for a cyber terrorist attack is amazingly large,” he said. “The chance of getting caught are very small, and some of the resources to complete the crime are very easy to obtain -- not to mention the potential for getting away with it is very high.”

According to Kilger, the idea that terrorists are only motivated by geopolitical, religious or ethnic causes may be outdated in our digital world. Other motivations for malicious online acts such as money, ego, entrance to social group or status may emerge as motivations for cyber terrorists as well. He stresses the need to think beyond these traditional motivations as cyber terror becomes more prevalent.

“If we look at the history of the digital age and look forward with a theoretical approach, there’s a much greater chance that we can understand and predict future cyber terror events,” he said. “That’s an important milestone in and of itself.”