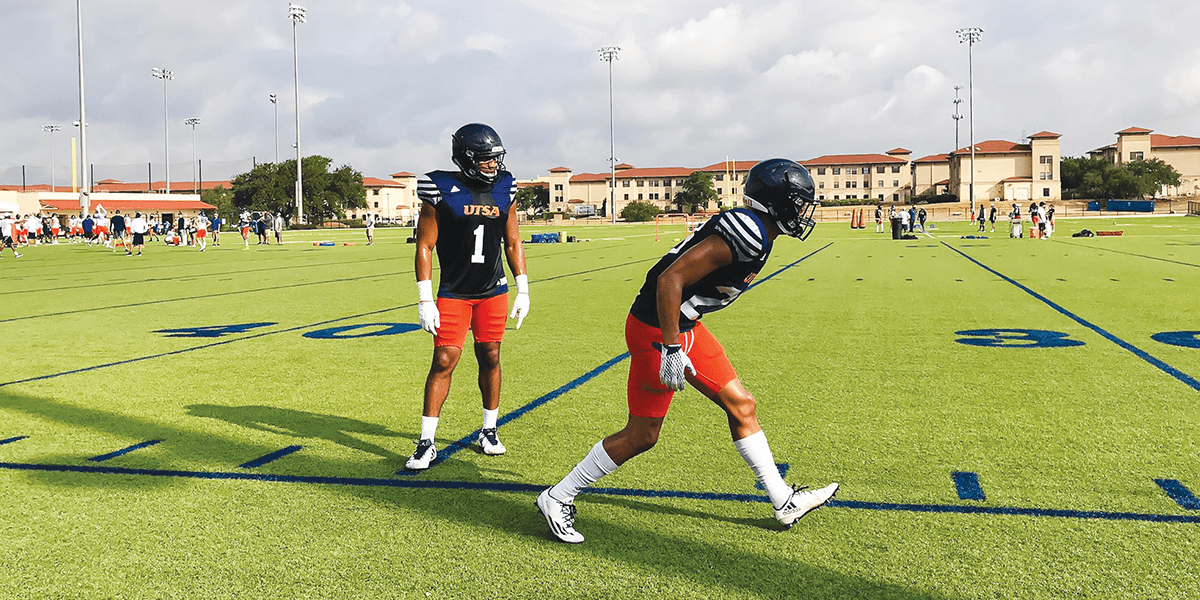 ATHLETICS
'Runners in the Running 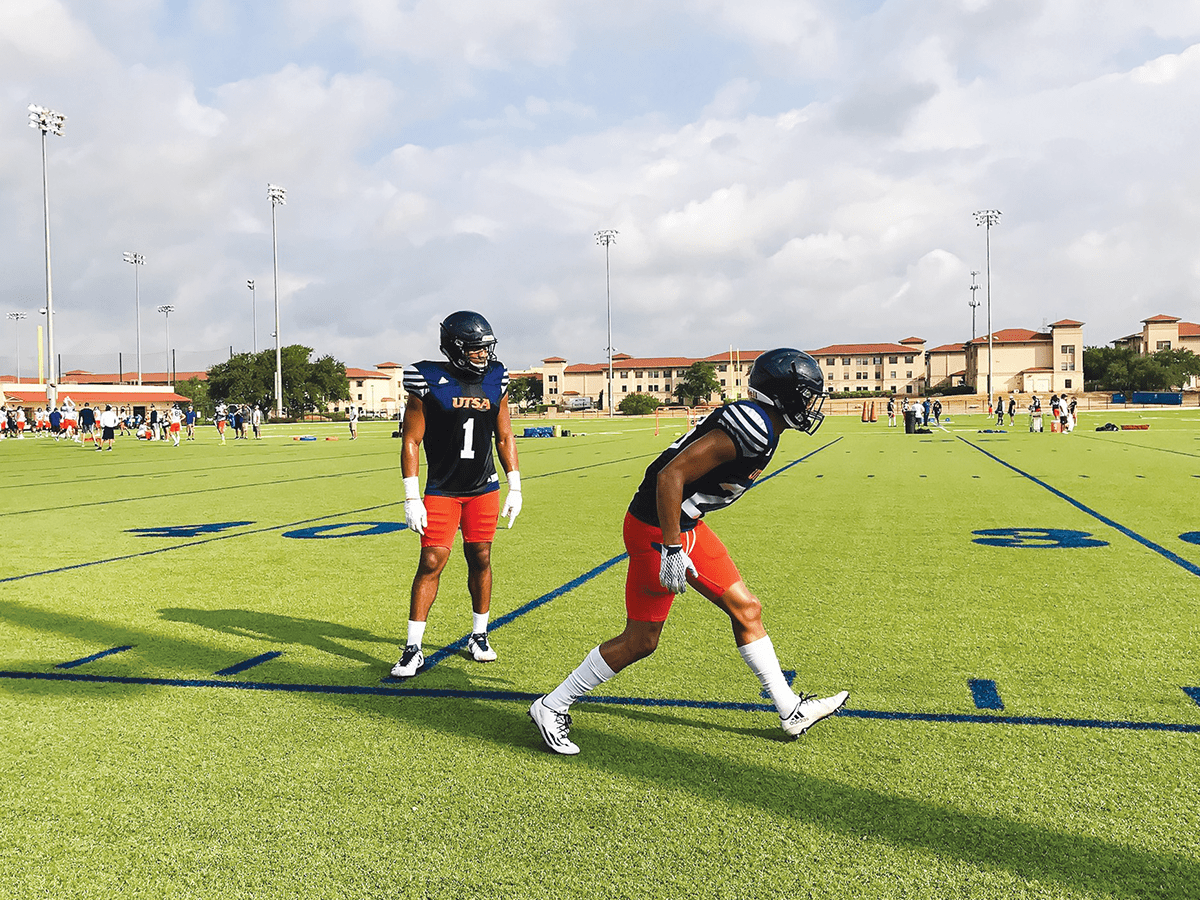 'Runners in the Running
Coming off a stellar ’16 season, UTSA football is among this year’s Conference USA favorites

• UTSA projected to finish high in Conference USA West Division.
• Fifteen starters return from the 2016 squad that made a bowl game appearance.
• Favorable schedule includes nine games in the state of Texas.

In just its seventh year the Roadrunners football program is being greeted with higher expectations than ever before. Of course, that’s bound to happen after a six-win season that included three nationally televised games on ESPN networks and led to the first bowl game appearance in UTSA history. Those are the kinds of achievements that make fans, coaches, players, and prognosticators take notice.

"If this seasoned squad can close games, the Roadrunners could contend for the C-USA West title."

And take notice they have. Conference USA announced its preseason media football poll in July, and UTSA was picked to finish second in the West Division standings. The Roadrunners earned seven first-place votes. (Only two teams had more first-place votes: defending conference champion Western Kentucky and West Division favorite Louisiana Tech.) ESPN’s Football Power Index and SBNation’s Bill Connelly both projected UTSA as the favorite in nine games heading into the season, with ESPN’s FPI giving the Roadrunners a 10.4 percent chance of winning the title. That figure soared to 26.5 percent following UTSA’s season-opening 17-10 upset of Baylor, the program’s first win over a team from the Big 12. “If this seasoned squad can close out close games, the Roadrunners could contend for the C-USA West title,” Connelly writes of second-year head coach Frank Wilson’s team.

The word seasoned has rarely been used in association with UTSA football, but it certainly rings true this year. The Roadrunners return 44 letter-winners and 15 starters from the 2016 squad, which earned an invitation to the Gildan New Mexico Bowl. Of those returning players, four were named to the Preseason All-Conference USA Team: senior defensive end Marcus Davenport, sophomore linebacker Josiah Tauaefa, senior offensive guard Austin Pratt, and senior deep snapper Matt Bayliss.

The staff at Athlon Sports, which compiles one of the most comprehensive college football previews each year, writes that Davenport has the greatest NFL potential on the UTSA roster: Davenport “is primed for a monster senior season. He plays his defensive end spot standing up and has a knack for getting pressure on the quarterback and forcing runs back inside.”

UTSA's defense proved it could wreak havoc against Baylor's high-octane offense, but the Roadrunners certainly have a talented offense of their own.

UTSA’s defense proved it could wreak havoc against Baylor’s high-octane offense, but the Roadrunners certainly have a talented offense of their own that can put up points in bunches. After spending part of his summer picking the brains of future Hall of Fame quarterbacks at the Manning Passing Academy, UTSA quarterback Dalton Sturm is revving up for a breakout senior season. The good news is his four top wide receivers are back from last year: Josh Stewart, Kerry Thomas Jr., Brady Jones, and Marquez McNair. Sturm should also thrive behind a senior-laden offensive line and be able to lean on junior running back Jalen Rhodes.

With an experienced roster, an ambitious head coach on the rise, and a big early-season victory in the bank, UTSA is more than capable of building on a promising season and a bowl appearance. “The ceiling is high in San Antonio,” says SB Nation’s Connelly. Now it’s time for our beloved birds to soar.