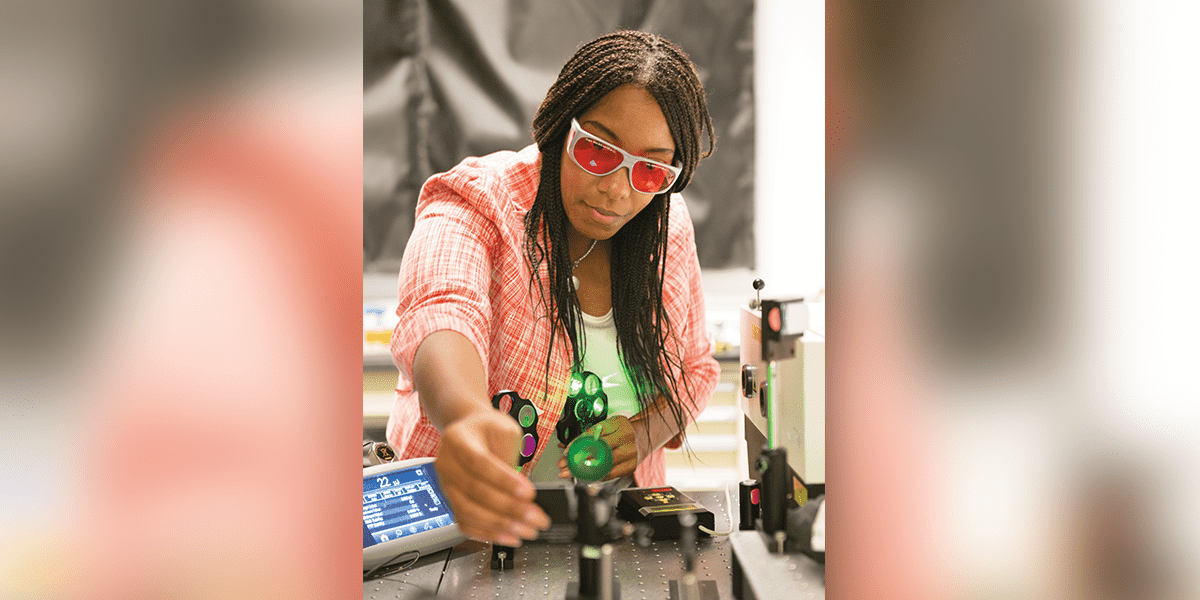 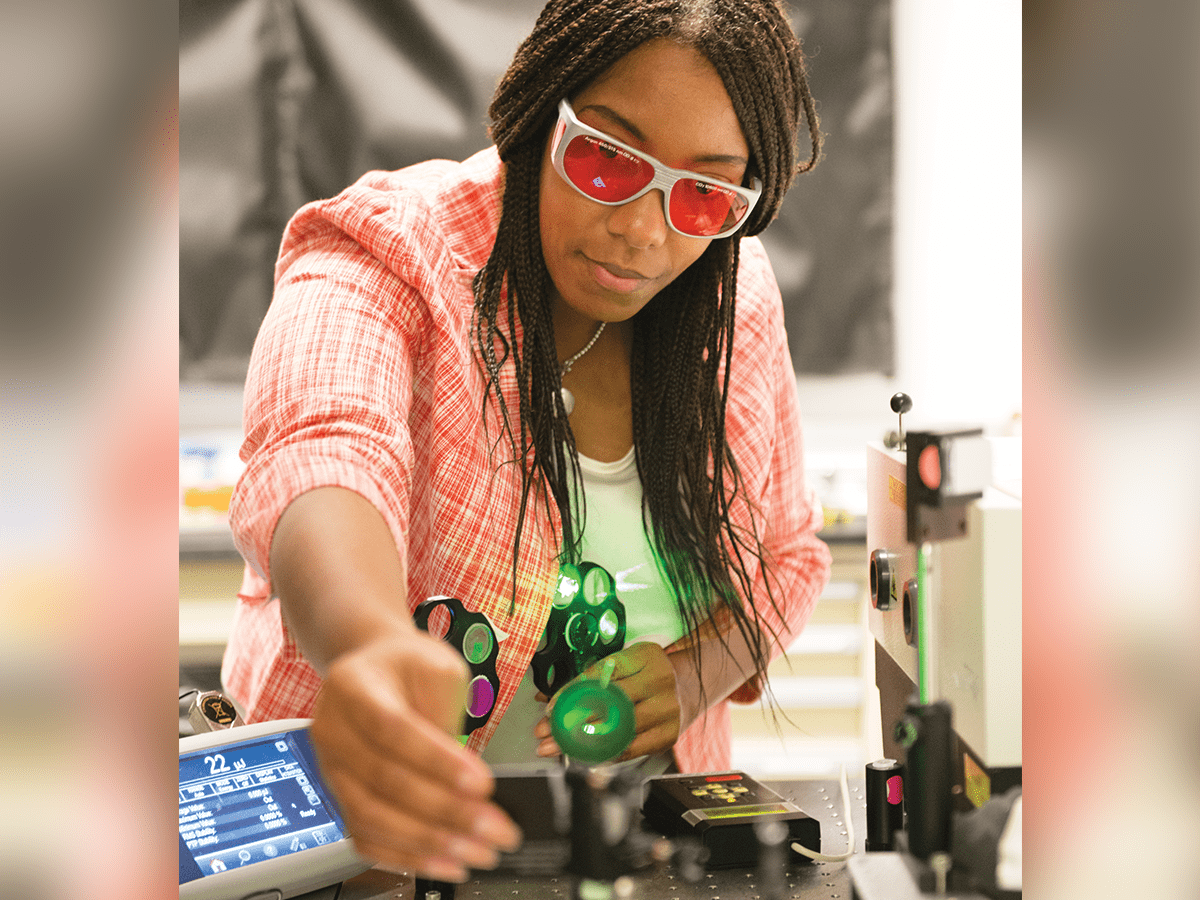 As a black woman in the field of physics, Kelly Nash ’09 gives some of her attention to making the discipline more inclusive, a lofty goal when there are fewer than 100 African American women in the U.S. who hold a Ph.D. in physics.

But she doesn’t believe in letting such statistics holding anyone back. At UTSA, she’s collaborating with engineering professor Heather Shipley using gold nanoparticles, which are a microscopic version of the element but with different properties once it is broken down. They’re developing a nanomaterial that works like a water purifier that’s activated by sunlight, causing organic and heavy metal pollutants to dissolve.

In some of her other work, Nash and her students are tackling problems like drug-resistant bacteria. She’s also chair-elect of the American Physical Society’s Conferences for Undergraduate Women in Physics.

To start, what’s fun about physics?

I’m an experimentalist, so for me it’s playing with all the instruments. In a typical week you’ll find me in the lab trying to figure out how to work out an optical experiment or trying to work on different challenges. Who doesn’t like playing with lasers!

"What is fascinating and kind of an unknown frontier is understanding what...happens when you have nanomaterials that interact with a biological system."

What kind of research are you doing right now?

Mostly looking at how nanomaterials interface with biology. We’re exposed to technology when we interact with electronics like our cellphones. What is fascinating and kind of an unknown frontier is understanding what happens when you have nanomaterials that interact with a biological system, whether it’s a single human cell or a biomolecule like a protein. People for decades have looked at that interaction in the passive sense. We’re taking active approaches with nanomaterials: Can these be an active participant in this process and in part change the biological system? That research opens up very exciting opportunities. The applications could range from stimulating neurons in the brain to helping heal damaged cells in burn victims.

UTSA’s physics department has more women faculty than the national average, but diversity in STEM is still an issue. How can this be improved?

Diversity is persons of color, women, people with disabilities, people with different backgrounds, international students and faculty—all of those contribute to a good mix of ideas in an environment. I think it’s something you hate to say, but every day it’s a challenge as a woman and particularly as a woman of color being in the sciences. I think too often we focus on only the challenges. It’s important to look at the success stories too. The women-in-physics conferences started out as a single conference at a single university. But now, going into its 12th year, it’s grown to 13 conferences. The impact is real. These young women are building a network.

And you’re a mentor?

I believe the sooner we get students into the lab the better. Every summer for the past five years I’ve had a high school student in my lab doing research. Some later enrolled at UTSA. Really, that first exposure, even though the students may not understand all aspects of the science, helps them know they can be in my shoes one day or the shoes of one of my colleagues.