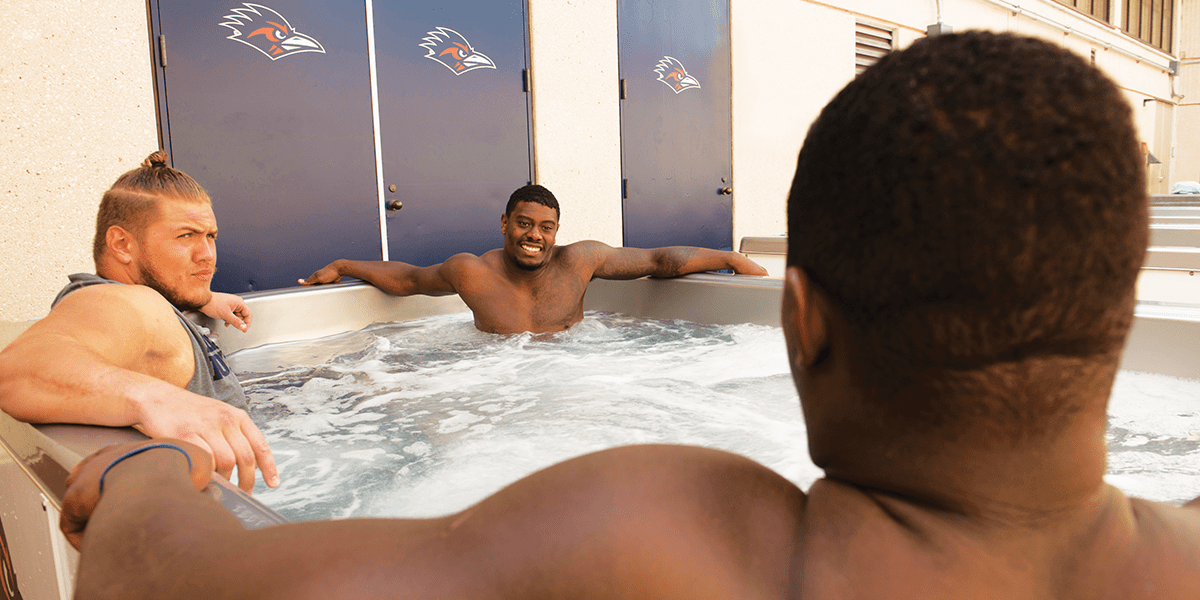 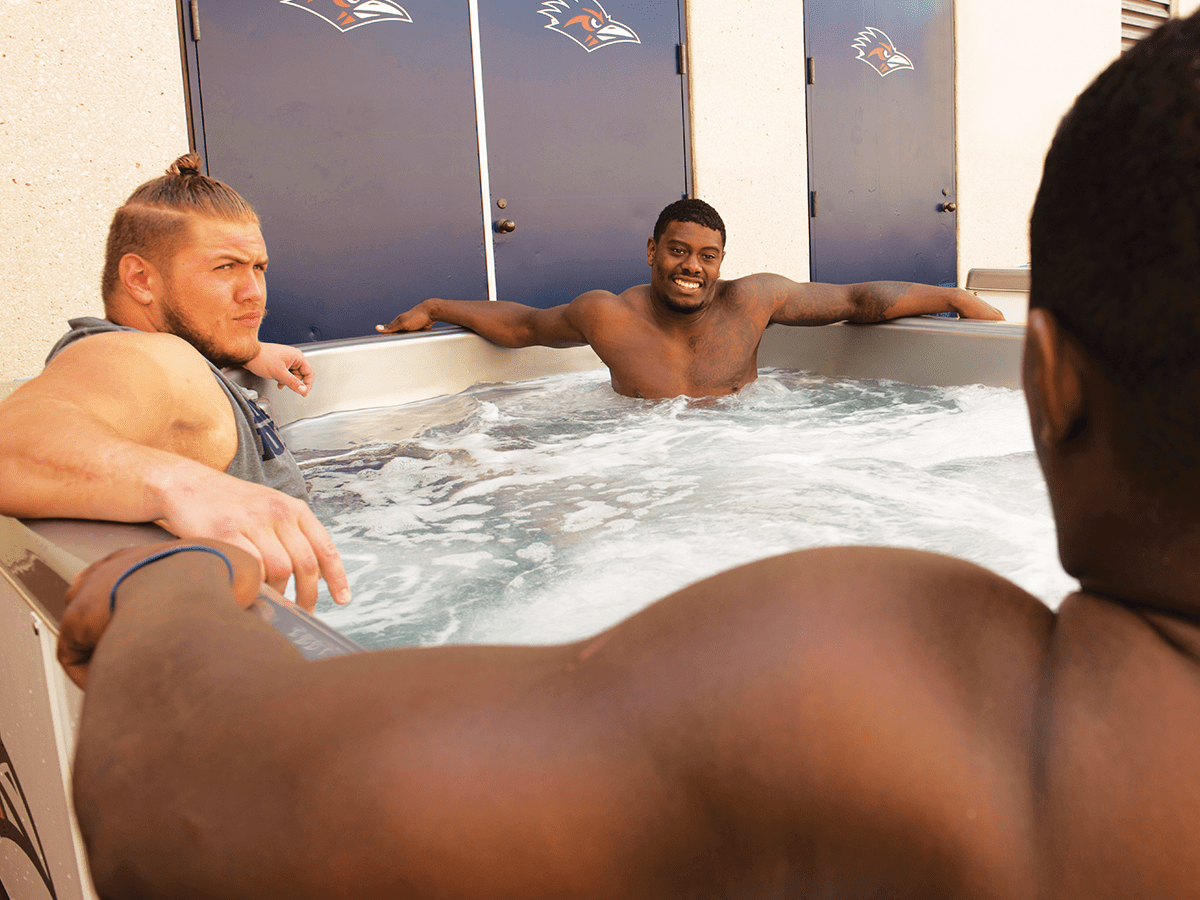 As UTSA football players were having a cooldown soak in their new hydrotherapy pools for the first time, Martin Salinas ’94 was soaking in the good vibes. “To see these kids jump in and have that camaraderie after practice—and this pride that it was theirs—made me really happy,” Salinas recalls of what he dubbed the “maiden soaking” when he visited campus after the pools’ installation.

A $250,000 donation from Salinas and wife Becky ’00, MA ’11 funded what many are calling the Cooling Alley at the PE Building. The outdoor space is home to four new temperature- and jet-controlled hydrotherapy pools—designed to reverse the effects of players’ exposure to excessive heat during workouts—and will eventually feature composite decking (cooler on bare feet than concrete), a fabric canopy to provide day-long shade, and oversize fans with mist-sprayer systems.

"These guys go out there in the heat and grind every day. What better time...to give these student athletes the opportunity to be safe and take care of their bodies."

A season-ticket holder since the first UTSA football game, Salinas says he was compelled to make the donation after meeting with head coach Frank Wilson and hearing his vision for the space. Salinas wanted to prove to current Roadrunners and incoming recruits that there are loyal UTSA fans and donors willing to provide top-notch facilities that can compete with other programs.

The Salinases also wanted to give the players a postpractice reprieve from San Antonio’s scorching summers. “Living in South Texas, I know how hot it can be,” says Salinas, who grew up near Harlingen and is now the chief financial officer of Energy Transfer Partners in San Antonio. “These guys go out there in the heat and grind every day. What better time than late July and August to give these student athletes the opportunity to be safe and take care of their bodies.”

The new pools have certainly been more effective than the tubs of ice used in seasons past. Cold-water immersion decreases swelling, inflammation, pain, and muscle spasms while dropping internal temperatures after a workout. The old ice-water tubs usually wouldn’t stay cold enough to serve those purposes as 105 overheated football players cycled through them. The new pools not only provide enough space to immerse eight to 12 players each but also can maintain an optimal 50 to 55 degrees for cooling sessions.

Strength and conditioning coach Ryan Filo says the team is also using the pools frequently for contrast therapy. Players return four hours after training practices and on their off days for regenerative “hot tub” sessions that speed up recovery. “That’s going to help their circulatory systems, with soft-tissue issues, and central nervous system recovery,” Filo explains. “It really just rejuvenates the body.”

As he ails his aches and pains after a stuffy August practice, junior defensive end Kevin Strong Jr. sings the praises of the much-improved hydrotherapy sessions. “It beats sitting in a big ice bucket,” he says with a laugh.