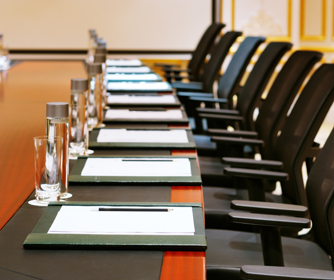 By Wendy Frost
Director of Communications, College of Business

(Oct. 27, 2015) — A board of directors oversees the governance of public companies, but how much influence do CEOs have in the nomination process for directors? According to recent research by UTSA accounting faculty member Zhongxia Ye and her colleagues at Kennesaw State University, they found that CEO influence can vary widely.

Given the need for board member independence, Ye’s research is vital because CEO influence can be associated with adverse governance or accounting outcomes.

“Sarbanes-Oxley requires auditing and other committee members to be independent,” said Ye, whose research focuses on corporate governance and internal controls. “In reality, they may not be.”

“The interview process was so important,” said Ye. “Interview-based research provides us with a ‘black box’ of information that is not typically found in research studies.”

“What surprised us was that CEOs do have a lot of influence over the process,” said Ye.

“Based on our findings, we’d encourage auditors to talk with independent board members about the CEO’s role in director nominations, since such influence can impact the internal control process,” said Ye.

In their sample, candidates nominated by the CEO were approved 36 percent of the time. But, they also found that CEO influence over the nominating process has declined over the years.

“This information is rich and can benefit practitioners,” said Ye. “I like to do work that has an impact on practice. And, accounting is the language of business.”

The study, “The Nominating Committee Process: A Qualitative Examination of Board Independence and Formalization,” appears in Contemporary Accounting Research.