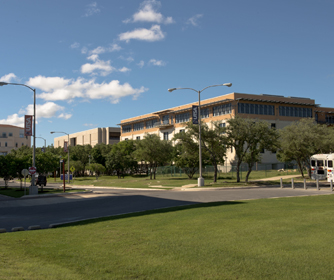 (May 31, 2016) -- A new study by Jonathan R. Clark, assistant professor of management at The University of Texas at San Antonio (UTSA), states that the language of leaders has a profound effect on the performance of their employees. Clark’s top-tier research, published in Organizational Dynamics, shows that how a company presents its vision and values is deeply entwined with its overall success.

That narrow purpose is apparent in most companies’ vision statements, as they often use abstract language instead of vivid imagery.

Clark noted that many banks, for example, use vague statements that all sound similar such as, “We will be the preferred provider of targeted financial services. We will strengthen these relationships and provide the right solutions.”

He says that kind of language is conceptual and does little to tell the clients, or even the employees, what the company’s vision is.

Clark considers Toys ’R Us an example of an organization that had a strong vision statement. Its previous statement reads, “Our vision is to put joy in kids’ hearts and a smile on parents’ faces.”

According to Clark’s research, the best-performing organizations frequently have well-coordinated employees operating under a vivid vision statement that is consistently interpreted in the same way by employees. He and his colleagues also discovered that a focused set of values can have positive effects if used beyond mission statements.

In his study, Clark used the Cleveland Clinic, a mid-western health system, as an example of an organization that changed its ways by emphasizing the needs and comfort of its patients. The center’s CEO began by communicating a new vision using vivid language, but took it a step further by making certain that every employee, from surgeons to janitors, were referred to as “caregivers.”

“A leader provides focus for people and points them toward a specific set of values that guide action within the organization,” said Clark. “In that sense, the language that leaders use is absolutely critical.”