Campus Safety and Security by Topic

The Executive Division is responsible for leading the department towards the fulfillment of its mission. It brings together the commanding officers of all the divisions to formulate the leadership team. The team meets weekly to discuss crime trends and other department issues to ensure that the needs of all of our customers are met. 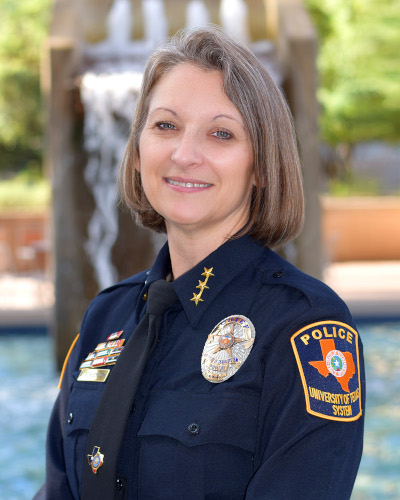 Chief of Police Stephanie Schoenborn has been with the UTSA Police Department since 1993, first serving in an administrative role before becoming a police officer in 1995, graduating from the 60th UT System Basic Police Academy.

She is a proud two-time alum of the University of Texas at San Antonio, having earned both her Bachelor of Arts degree in Criminal Justice and her Master's Degree in Public Administration. She is a graduate of the FBI National Academy, 238th Session. She served as a member of the executive board for the Texas Chapter of the FBI National Academy Associates from 2012-2020 and was appointed President of the board in 2019. Schoenborn also serves as chairperson for the Alamo Area Council of Governments Regional Law Enforcement Academy.

In 2016, she was promoted to Captain and assumed responsibility for the administrative operations of Public Safety, including management of the police department budget, employment, internal affairs, background checks and other critical functions. Prior to this assignment, she served in areas of the department to include Patrol Operations, Training, Quartermaster, Fleet Services, Criminal Investigations and Administrative Services. She is very proud of her service as the commander of the department Honor Guard team.

Schoenborn served as Interim Assistant Chief of Police at UT Medical Branch, Galveston for a period in 2018. She received the Distinguished Command Award from the UT System Office of the Director of Police for her service.

In April 2021 she was named Interim Chief of Police. Chief Schoenborn is dedicated to utilizing her years of experience with UT San Antonio PD to further developing opportunities for community involvement, improving retention and hiring of department personnel, and creating specialized response units.

The Administrative Support Section is commanded by Chief Stephanie Schoenborn. This section has oversight of the police department budget, employment, internal affairs, background checks and other critical support areas. 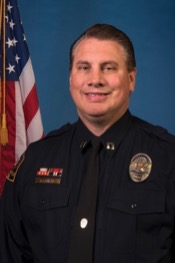 Captain Sonego graduated from UTSA in 1988 with a Bachelor of Arts in Criminal Justice. He attended the University of Texas System Police Academy in 1989. In addition to his experience as a Police Officer, he has held the positions of Detective, Patrol Sergeant and Lieutenant. He was promoted to Captain in 2001. He possesses a Master Peace Officer certification and for two full decades he has been the Commander of the largest division within the UTSA Department of Public Safety, with a force of more than 70 Police Officers and Public Safety Officers strong. He is responsible for patrol operations, coordinating special event security, recruitment of patrol employees and all other activities involving Patrol and its Officers and Public Safety Officers.

These Officers provide increased patrol on the inside of the university buildings. Although our security guards mainly conduct foot patrols, university police officers periodically go on foot patrol to check the buildings in their district.

UTSA police cars are visibly marked and patrol the 1604 Campus and the Downtown Campus. Some patrol cars have RADAR units to better enforce traffic laws. Police officers that are assigned districts will patrol in a marked police vehicle. A police vehicle is a highly visible deterrent to crime.

Some officers are assigned to patrol the campus on bicycles. Bike patrol officers have the benefit of increased access to the interior of the campus, where it is difficult to maneuver a patrol car. This program allows for an increased visibility that helps to deter crime and in many instances a quicker response to emergency calls.

A patrol sergeant is assigned as the police department’s point of contact for the UTSA Downtown Campus and Institute of Texan Cultures. In addition, police officers and security guards are scheduled 24 hours a day at the downtown campus. 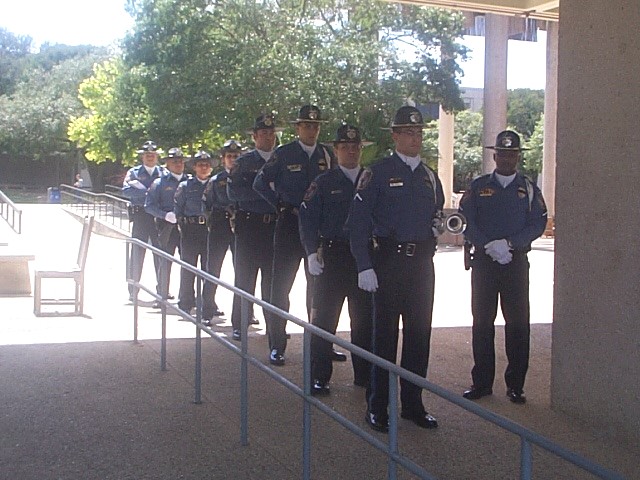 The UTSA Police Department is fortunate to have an Honor Guard. Each member of the Honor Guard is a volunteer and is trained to perform Honor Guard service. The Honor Guard posts the flag at various graduation ceremonies and represents the department at police memorial functions.

All University Police Officers receive their police authority via Article 2.12 of the Texas Code of Criminal Procedure and Article 51.203 of the Texas Education Code, which states the following:

A number of recognized student organizations maintain meeting and living facilities off campus. The University Police Department is routinely informed by other local law enforcement agencies of any criminal activities involving UTSA student organizations. The information in these reports is subsequently shared with the UTSA Student Conduct and Community Standards Office.

The Specialized Services Division is composed of the Criminal Investigations Section, Communications, Community Affairs, and Behavioral Intervention / Threat Assessment. This division is committed to solving crimes and proactively investigating crime patterns and is an integral part of any emergency operation. 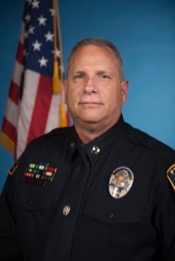 Captain Thomas Calucci has been employed with the UTSA Police Department since 2000. Prior to that he was an officer in his native New York and then a municipality near Waco, Texas. He attended the 70th UT System Basic Training Academy in Austin, Texas. He currently holds a Bachelor’s Degree in Human Services and is completing a Master of Science degree in Clinical Mental Health Counseling. He was promoted to Captain in June 2018 and oversees the Specialized Services Division of the Police Department which includes the Criminal Investigations Section, Communications Center (dispatch), Community Affairs and Behavioral Intervention/Threat Assessment (BIT).