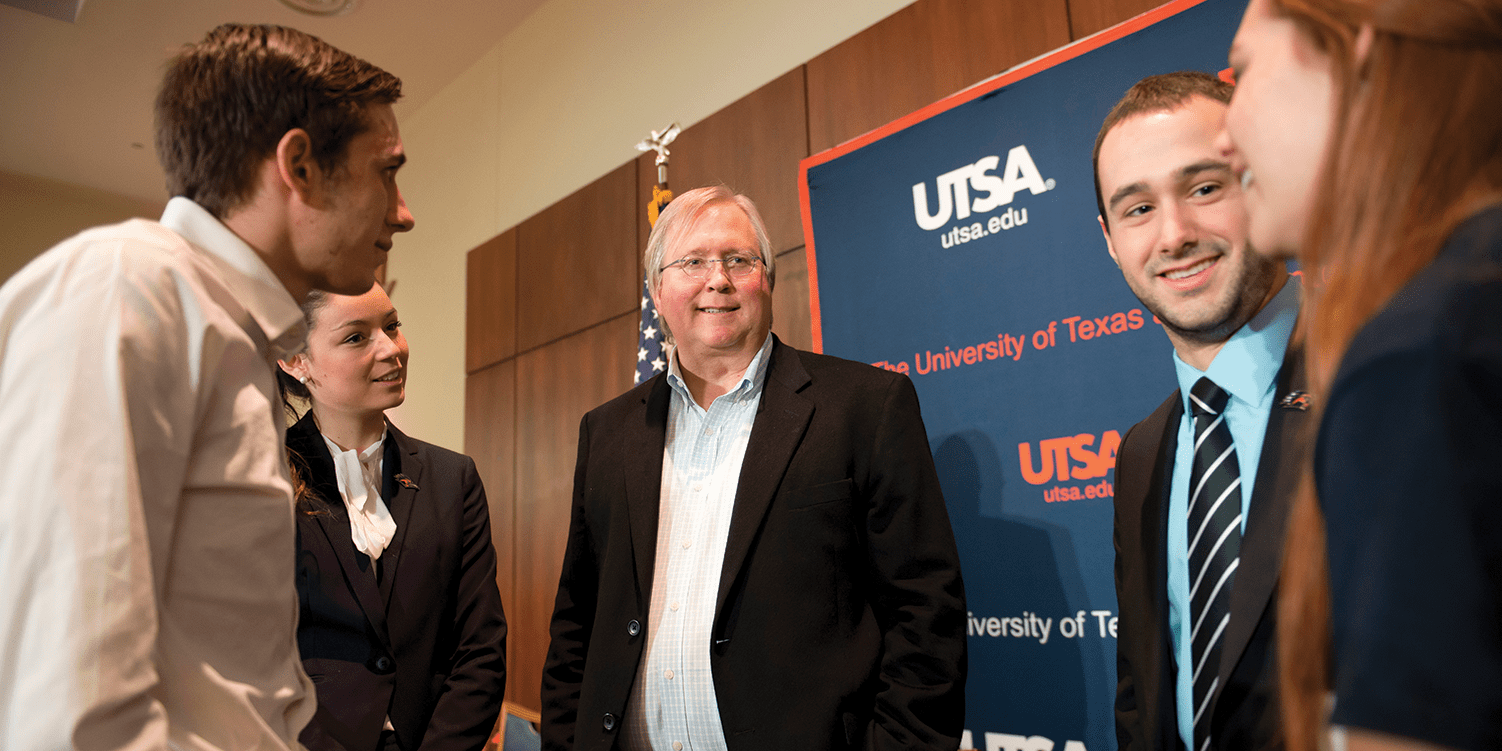 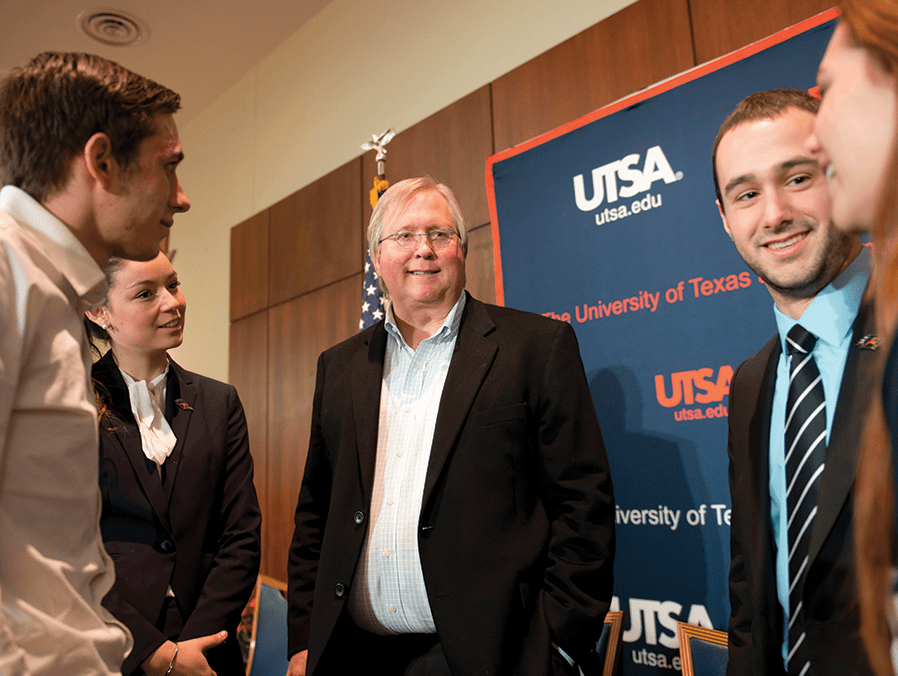 Standing on a podium on the Downtown Campus in September, Graham Weston told a roomful of people that, thinking back years ago, he never wanted to actually get involved in the revitalization of San Antonio’s urban core. Yet there he was, announcing to a crowd of press, city and county leaders, and businesspeople, his donation of $15 million to help build UTSA’s new School of Data Science.

The announcement of the Downtown Campus expansion brought a wave of excitement for the possibilities that lie ahead as the university and city work together to build the urban core and attract industry. “Collaboration between San Antonio’s education, industry, and public sector is spurring high-impact community projects and progress,” San Antonio Economic Development Fund President Jenna Saucedo-Herrera says. “UTSA’s commitment to contribute to building a sustainable workforce pipeline for information security and management companies in San Antonio is exactly what our community needs.”

Port San Antonio CEO Jim Perschbach is optimistic about San Antonio’s future, saying UTSA’s new National Security Collaboration Center and Downtown Campus expansion are definitely going to be a “spark” for the urban core but adds that a true test is making sure all communities are leveraged. He points out as examples the South Texas Medical Center’s work in bioscience and Port San Antonio’s transportation center and aviation work. He says the NSCC is one way of making that connection because it brings together the research from government and academia plus the industry that will transform the research into products and services. “Using the NSCC as something of a hub to get a big wheel spinning will be tremendously powerful,” he says, “but it needs to be more than just a UTSA effort. The goal really is to create those intentional collisions, and that is tremendously exciting.”

Connected devices like pacemakers are a prime example, Perschbach says. They’re obviously very important to people who use them, but companies that sell them and doctors who install them have to be sure they are secure. To do that, cyber businesses and researchers would need to work with those in the medical community to create a hub of expertise. “We need to be leveraging our best strengths in San Antonio,” Perschbach says, “and we become of one of the few places in the world that can say we have that kind of expertise. When you see how many connected devices there will be in the next 10 years—and we have the knowledge on keeping those secure—the world is going to beat a path to our door.”

Weston sees companies looking for strong collaborations but also established clusters of knowledge and business as well as strong public transportation and walkable streets and neighborhoods. “That’s an urban community we don’t have yet,” he says, “the idea of being able to live and work in the same place and not always having to drive a car.”

In the end, Weston says he believes the School of Data Science will be instrumental in creating the jobs of the future. “Bringing great jobs is the most important thing. But companies won’t move here without a talent pool,” he says. “We’re going to see many, many UTSA kids wearing backpacks, crossing our downtown streets, going back and forth to class. If we’re producing talent, we have the best shot at getting those companies with those jobs. I think this is just the beginning of big change for San Antonio.”