The polar atmospheric boundary layer exhibits some of the strongest near surface inversions and surface winds in the world. The Antarctic Continent and its surrounding coastal ocean are subject to the development of uniquely strong katabatic wind outbreaks. As these descend to the ocean, they cause coastal polynyas - areas of open water that generate vast amounts of sea ice. Measurements of these outbreaks, the high heat fluxes they generate, and other extreme meteorological events in the polar regions are particularly challenging.

Center students will utilize unmanned aircraft and instrumented meteorological tower data from previous and ongoing/planned field experiments in the Antarctic and Arctic to understand atmospheric coupling to polar ice sheets, oceans, and sea ice. This data will be used by a graduate student at the University of Colorado to evaluate the representation of boundary layer processes and coupling to the underlying surface in regional and global climate models. UTSA students will use RADAR imagery (Sentinel 1A, B and RADARSAT) to map the time series of katabatic events and new ice formations and will collaborate with University of Colorado students for integrated analysis of imagery and meteorological data. 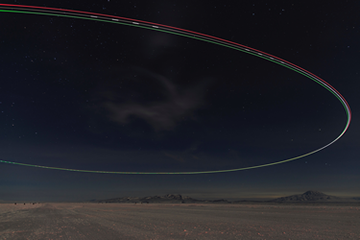 The climate of Antarctica and the adjacent Southern Ocean is strongly influenced by meso-to-large- scale atmospheric-circulation phenomena, including the Amundsen Sea Low (ASL), the Southern Annular Mode (SAM), and the Zonal Wave Three (ZW3). Operating at different time scales of variability, these three circulation features transport energy into the Antarctic, controlling the surface temperature over the continent and the rate of growth and decay of the surrounding sea ice field.

Center students will conduct research on the past occurrence of extreme ASL, SAM, and ZW3 events and their effects on Antarctic climate using reanalyses products and satellite observations of sea ice. The results will be used to update existing atmospheric models and to develop parameterizations of extreme events to inform the coarser grid scales in advanced global climate models. 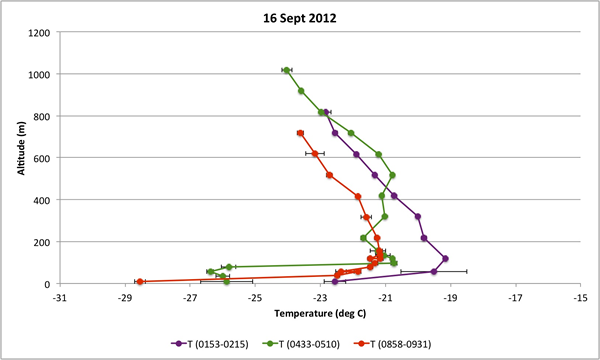 The Santa Anas are strong winds that develop quickly and flow from the Great Basin southwestward to the California Coast. These winds are a major driver of fires in California since they enhance the development and spread of fires caused by other agents. Hailstorms are extreme events that accompany severe thunderstorm outbreaks associated with mesoscale convective complexes.

Center students will develop methods and analyze how the Santa Ana winds and the California fires may be changing synchronously and what that would mean for California in the future. Students will conduct research on collected hailstones with the aim of coupling the information gained with radar sounding of particular events and mesoscale atmospheric models of hailstorms. 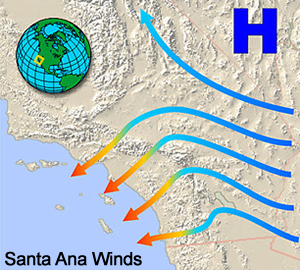 Each year, three to four students will intern at UCLA and the University of Colorado Boulder.