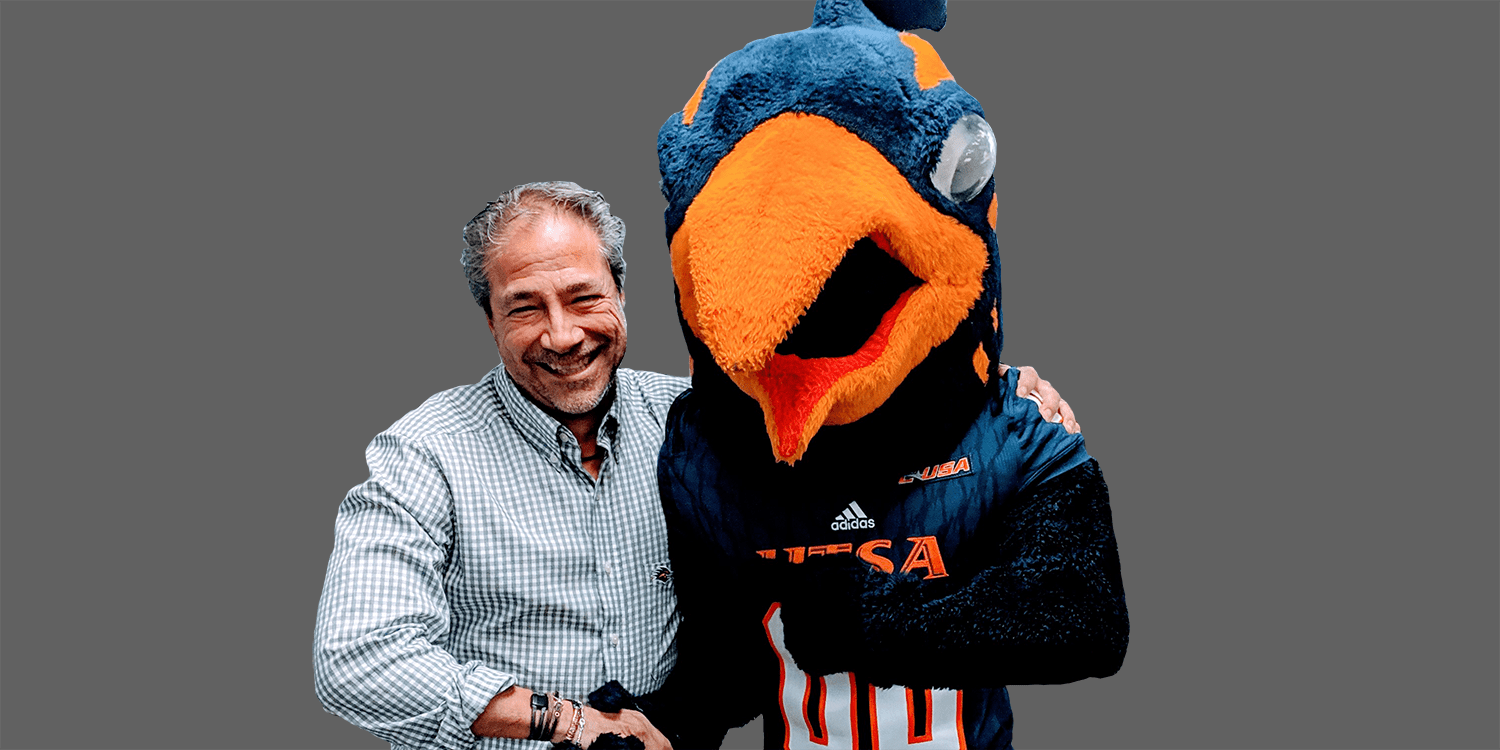 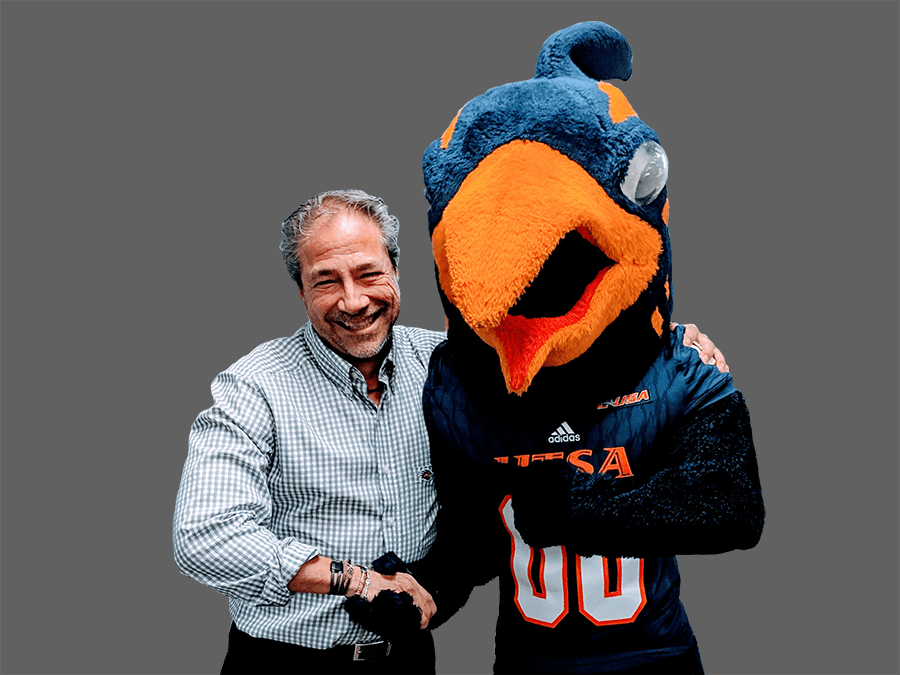 Little did Tony Gonzalez III ’82 know when he signed up for a gymnastics class at UTSA to meet his physical education requirements for graduation that his college experience would change forever. One morning he was simply playing around and cracking jokes with classmates, and then he was on his way to making history.

“I was nervous. It was dark, and I didn’t know what to expect.”

Gonzalez admits he was being particularly disruptive in class that day in 1981. His professor pointed her finger directly at him and demanded, “You! I need to see you this afternoon.” He’d already had negative attention because when he’d do his gym routines, he’d perform like a clown. So he figured this time he’d finally messed up.

During their meeting the professor explained to Gonzalez that she was in charge of the cheerleaders and mascot for UTSA’s forthcoming basketball program. “I want you to do something for me,” she said. “I want you to try out for mascot. Put on the head and misbehave—just like you do in my class.” And the rest is UTSA history.

On November 30, 1981, in the now-demolished HemisFair Arena during the men’s inaugural basketball game, against the Arkansas Razorbacks, the arena lights dimmed and the band played the anthem from 2001: A Space Odyssey. Midcourt sat a seven-foot paper egg. Inside, Gonzalez waited, ready to “hatch” for the frenzied UTSA crowd.

“I was nervous. It was dark, and I didn’t know what to expect,” he says. “I ripped myself out of the egg, and the crowd was going crazy! It was a wonderful experience.”

“I ripped myself out of the egg, and the crowd was going crazy!”

Over the years he has gone to many UTSA sporting events and admits he always looks for Rowdy at the games to see how he is engaging the crowd. “I watch the band come out, I watch the cheerleaders with the UTSA flags, I sing the fight song,” Gonzalez says. “But mostly I look at Rowdy. And I’ve never seen a bad Rowdy. He makes people laugh, has fun, and gets the crowd fired up.”

And as UTSA celebrates its 50th anniversary, Gonzalez is honored to be a part of the university’s legacy. “It’s been a blessing—and not just because of the games,” he says, “but because of the goodwill that I did as the first Rowdy. It’s humbling to have been a part and represent the university, and it’s something that’s in my heart forever.”