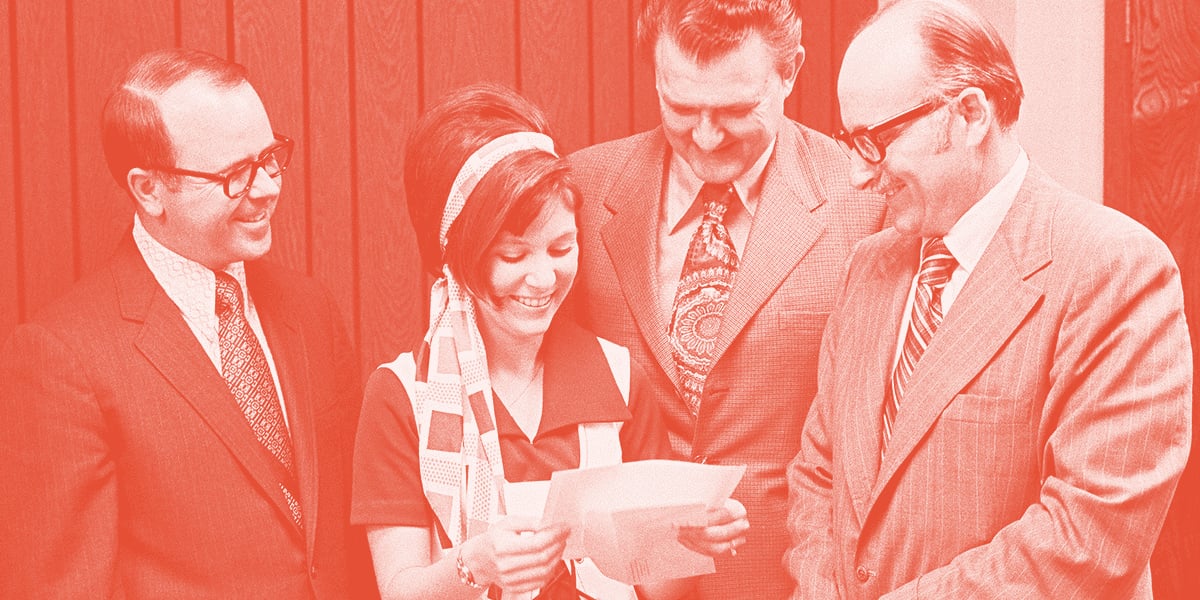 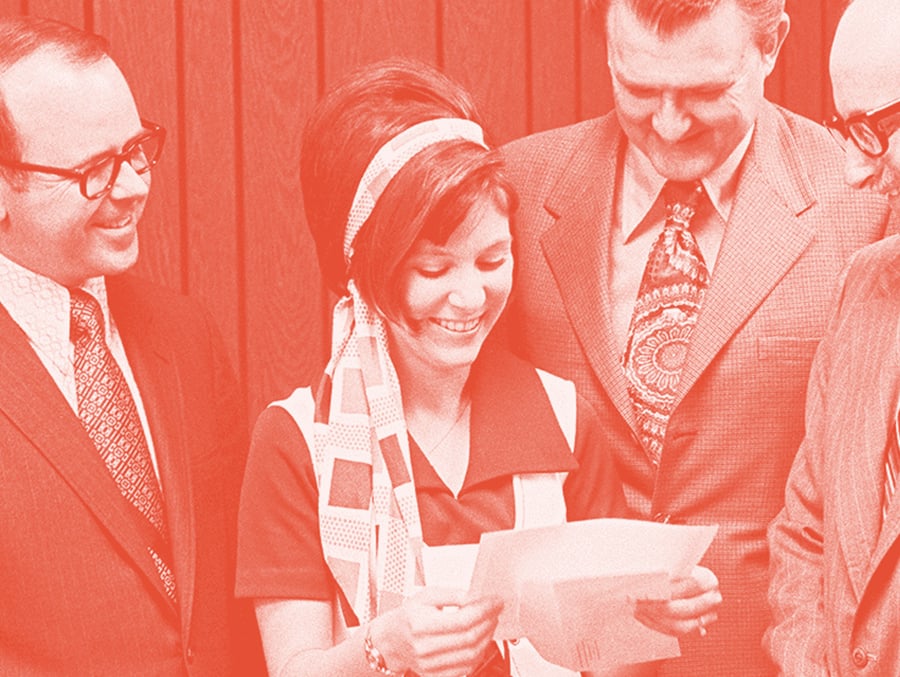 The city and state power brokers who championed UTSA into existence were marketing geniuses who readily took advantage of any opportunity to promote San Antonio’s new public university. In fact, the mere act of signing the document that legally created the university was a well-orchestrated landmark occasion.

On June 6, 1969, guests gathered in front of a raised stage decorated with red, white, and blue bunting—at the Alamo, no less. Gov. Preston Smith was there to sign the law—the first time in state history that a governor had signed a law outside Austin. And if all the pomp and circumstance weren’t enough, Smith had San Antonio state Rep. Frank Lombardino, who authored the UTSA-creating legislation, stand and face away from him so that Smith could sign the law against his back in a dramatic photo op.

So it’s really no surprise that UTSA’s early leadership, guided by President Peter Flawn, made opportunities to create a public face for the university. On March 30, 1973, Flawn, university registrar Richard Lewis, and UT System regent James Bauerle gathered for another photo op—with Peggy Jo Tholen, the first person whose application was received by UTSA and who would be given her letter of acceptance in person, all for the cameras. Subsequently a photographer followed Tholen, a San Antonio elementary school teacher, to her classroom to be photographed with her students; the event was featured in UTSA newsletter The Discourse, headlined “The Kids Love Her.”

Cameras continued to follow Tholen around—for just over three years: on UTSA’s first day of classes, June 5, 1973, while she was attending a lecture; in multiple setups with a cake in celebration of the university’s first birthday, including taking the cake to Austin to share with Gov. Dolph Briscoe; and at commencement on May 16, 1976, when she graduated with a master’s in education. 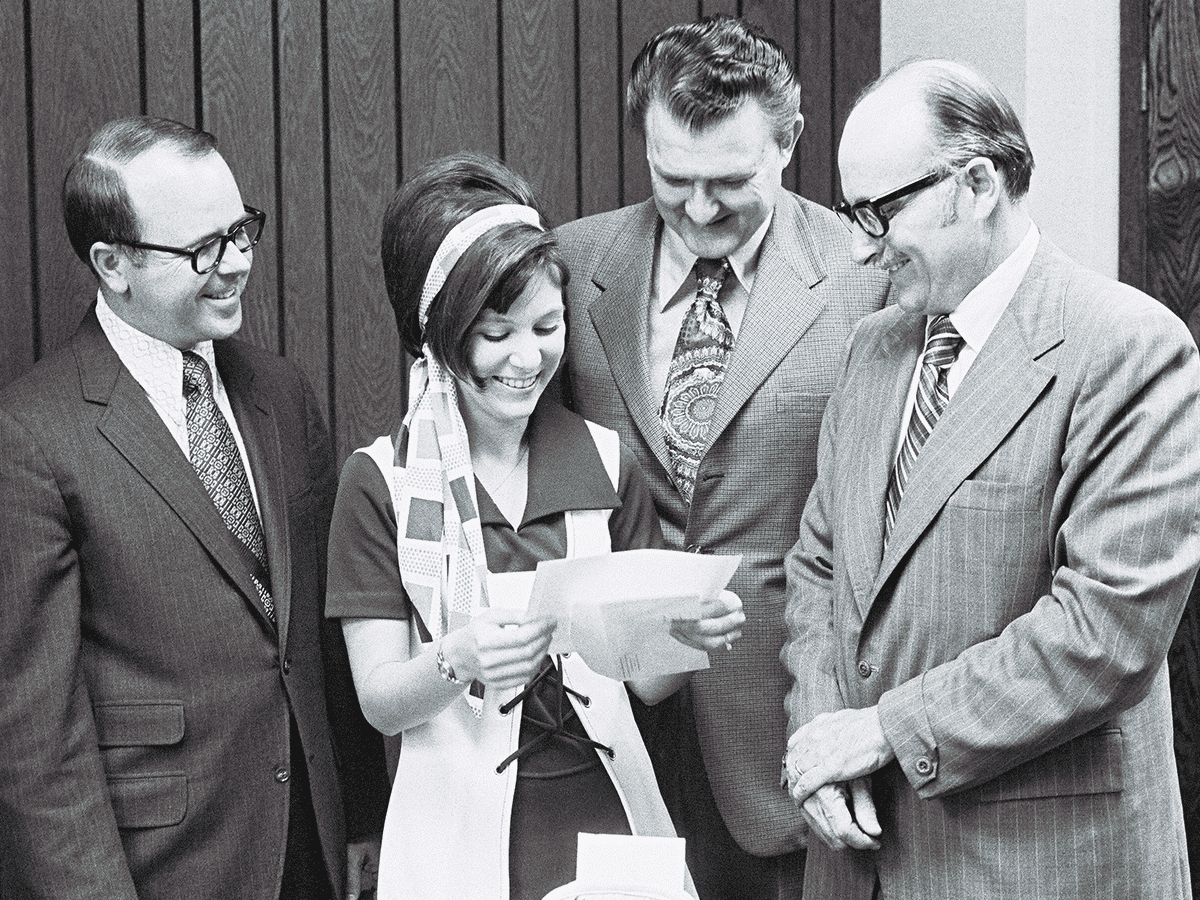 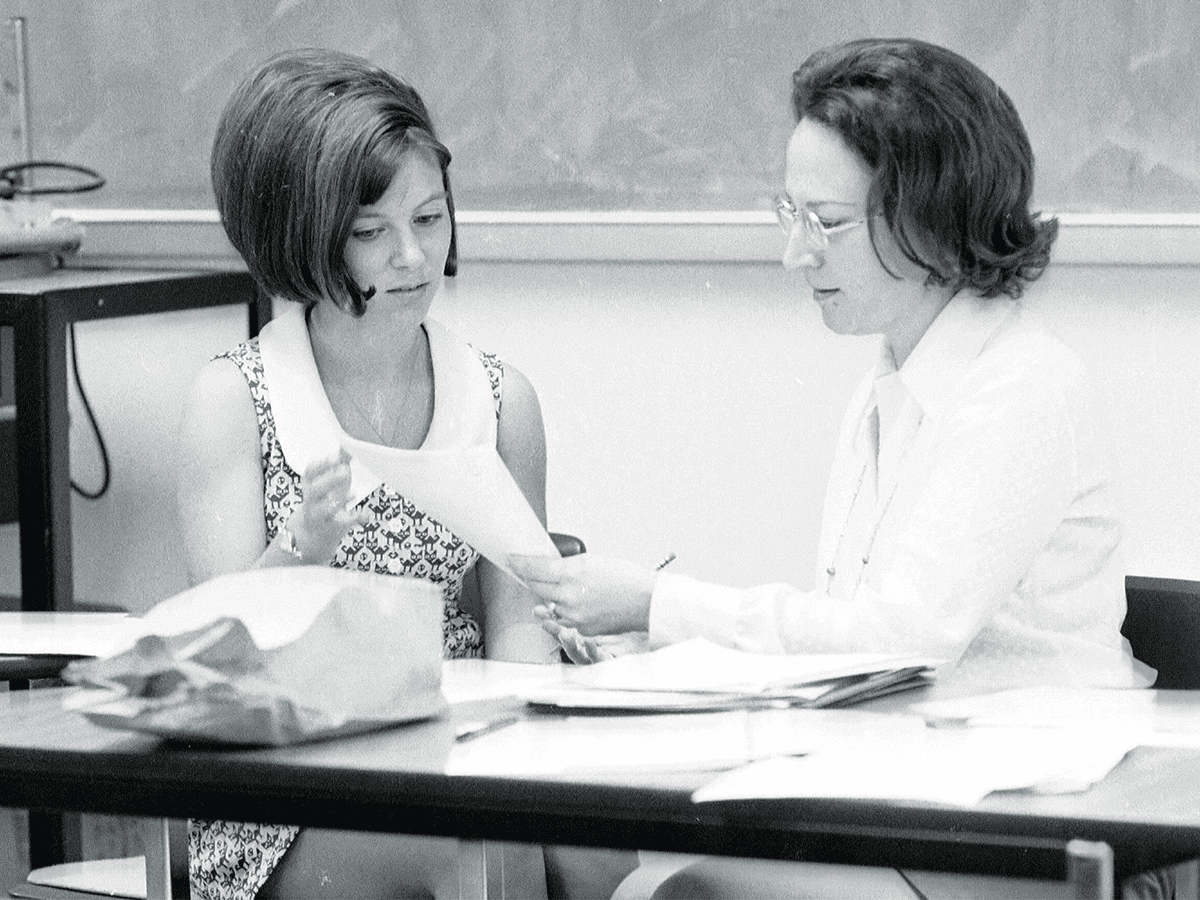 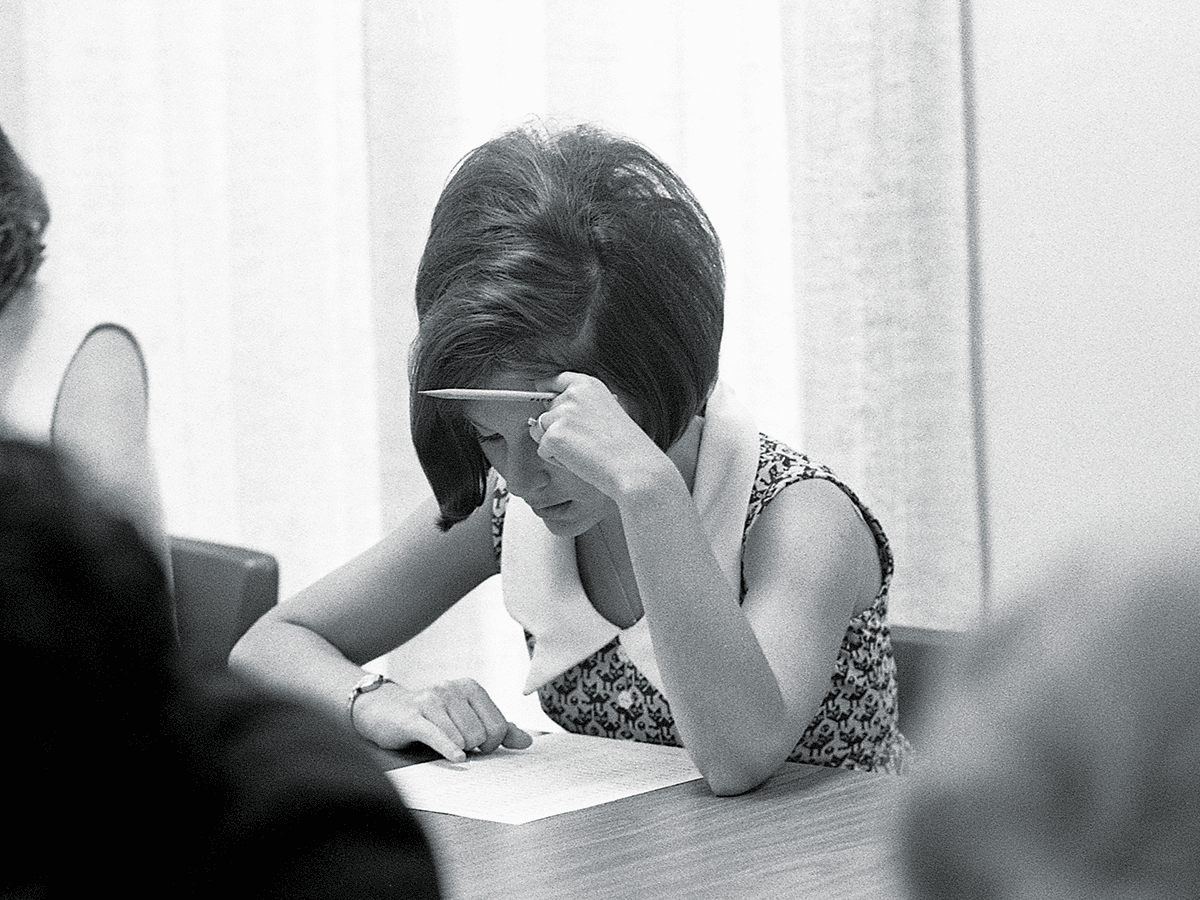 UTSA’s photographer grabs a pensive moment for Tholen in her education class. 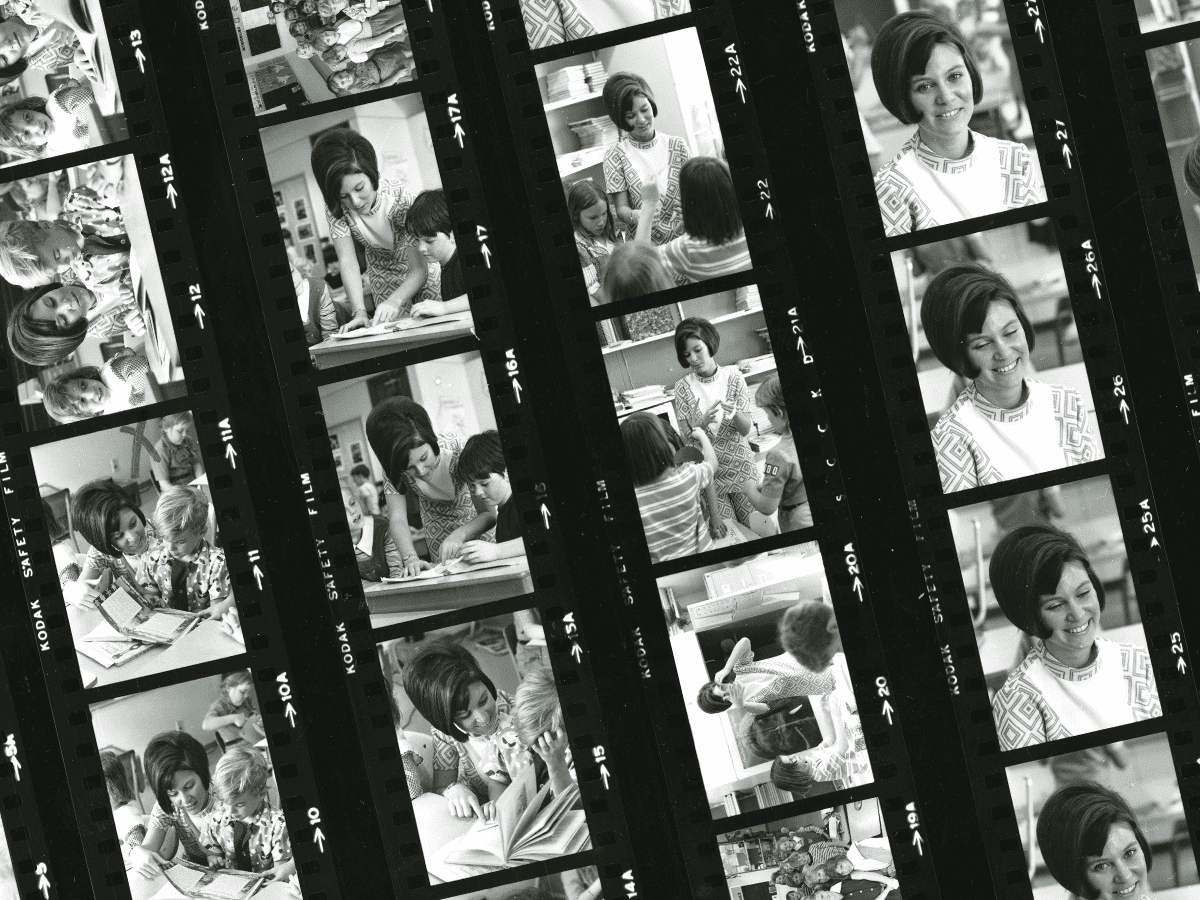 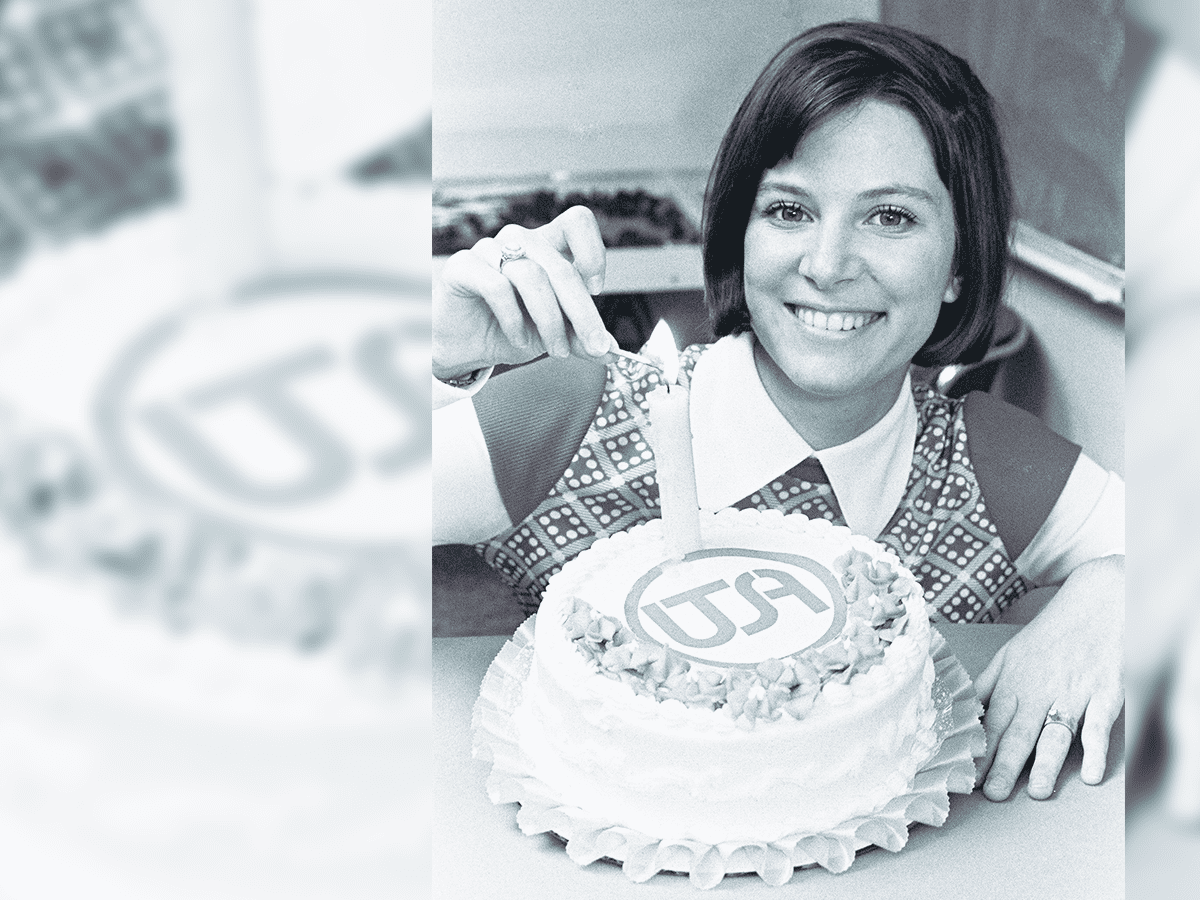 Tholen lights a birthday candle in June 1974 to celebrate one year since UTSA started classes. 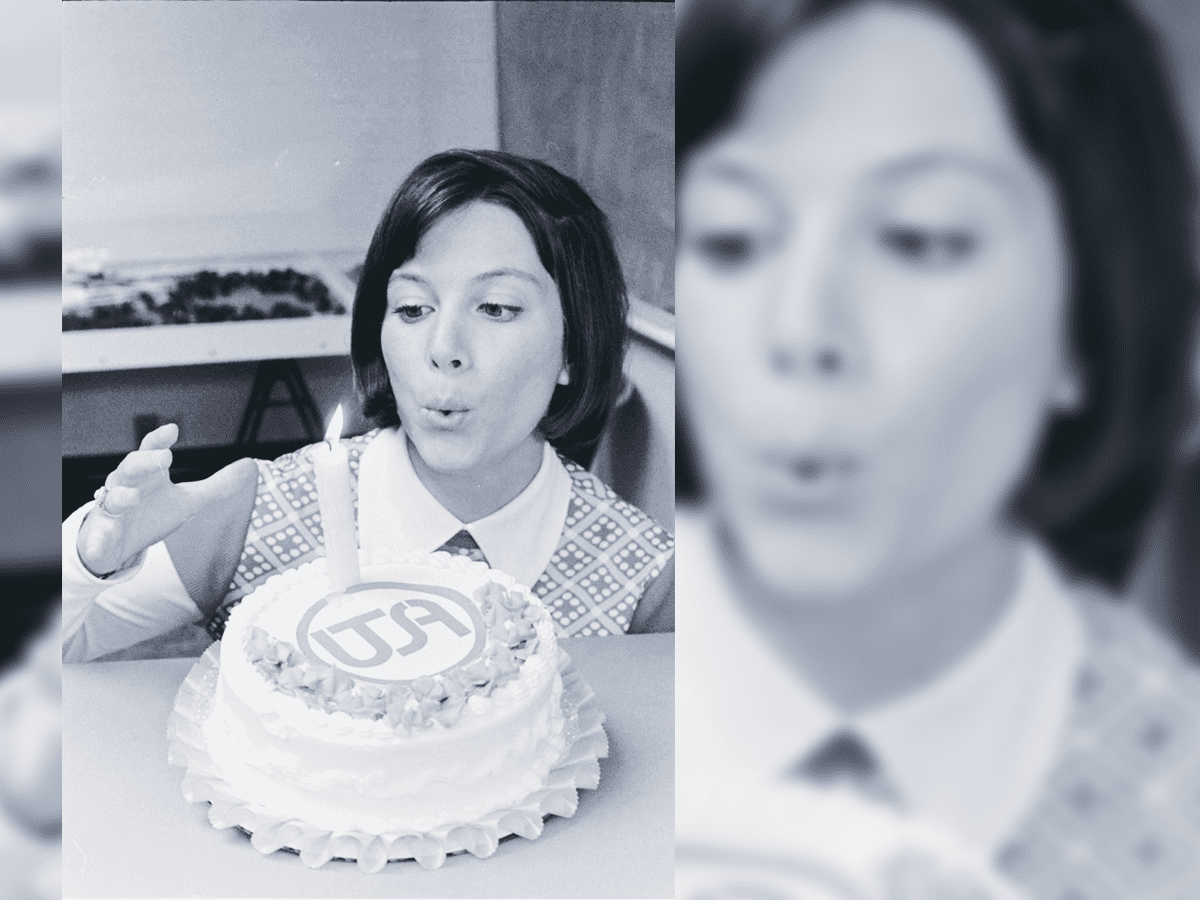 Going for multiple action shots, the photographer has Tholen blow out the birthday candle. 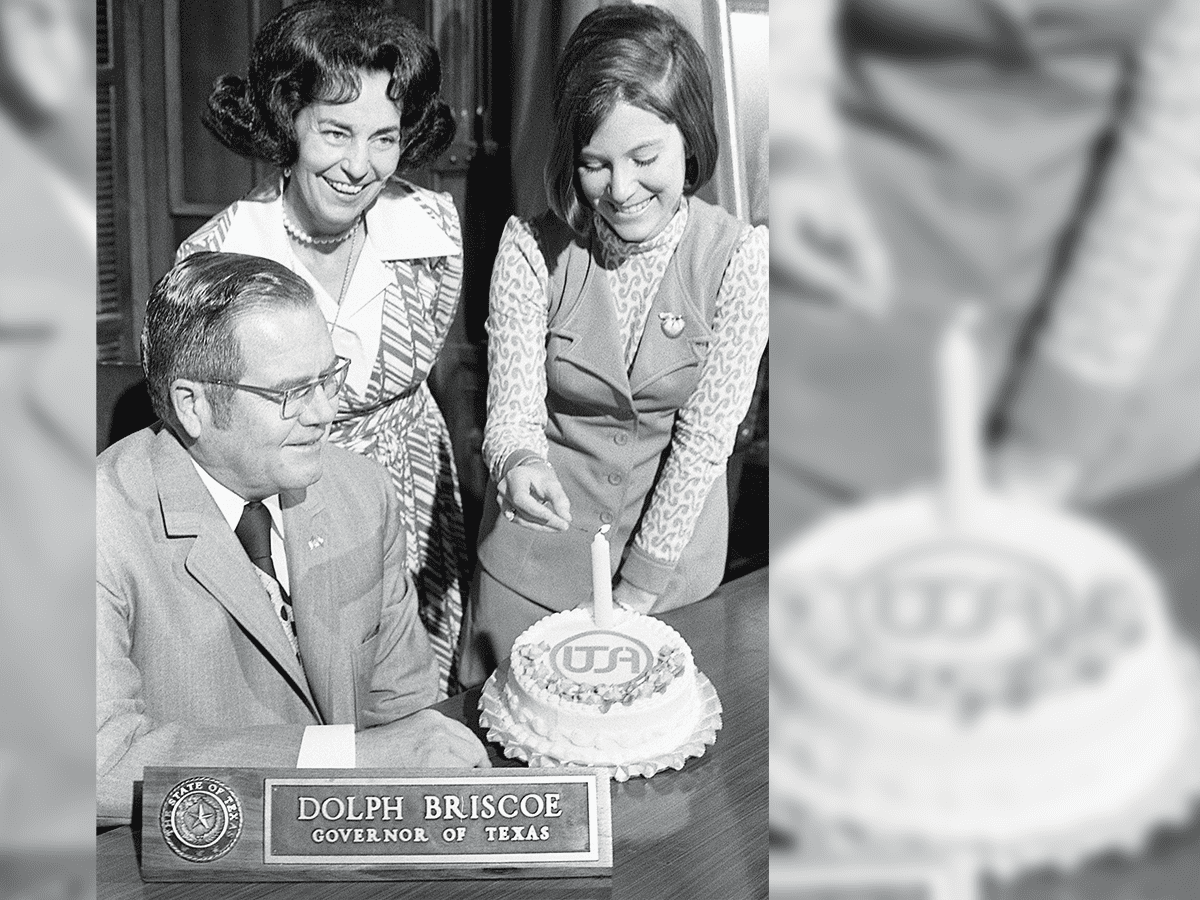 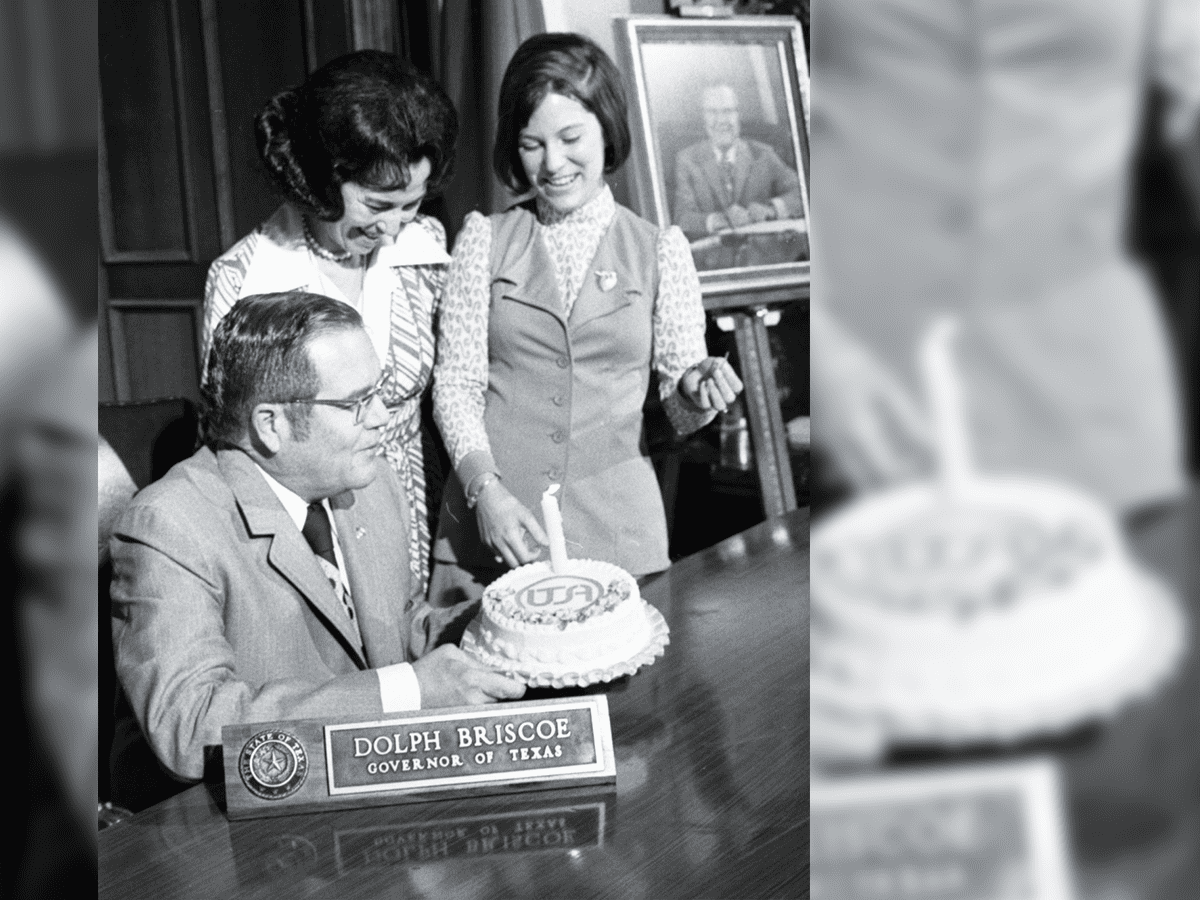 Governor Briscoe blows out the candle for UTSA’s photographer. 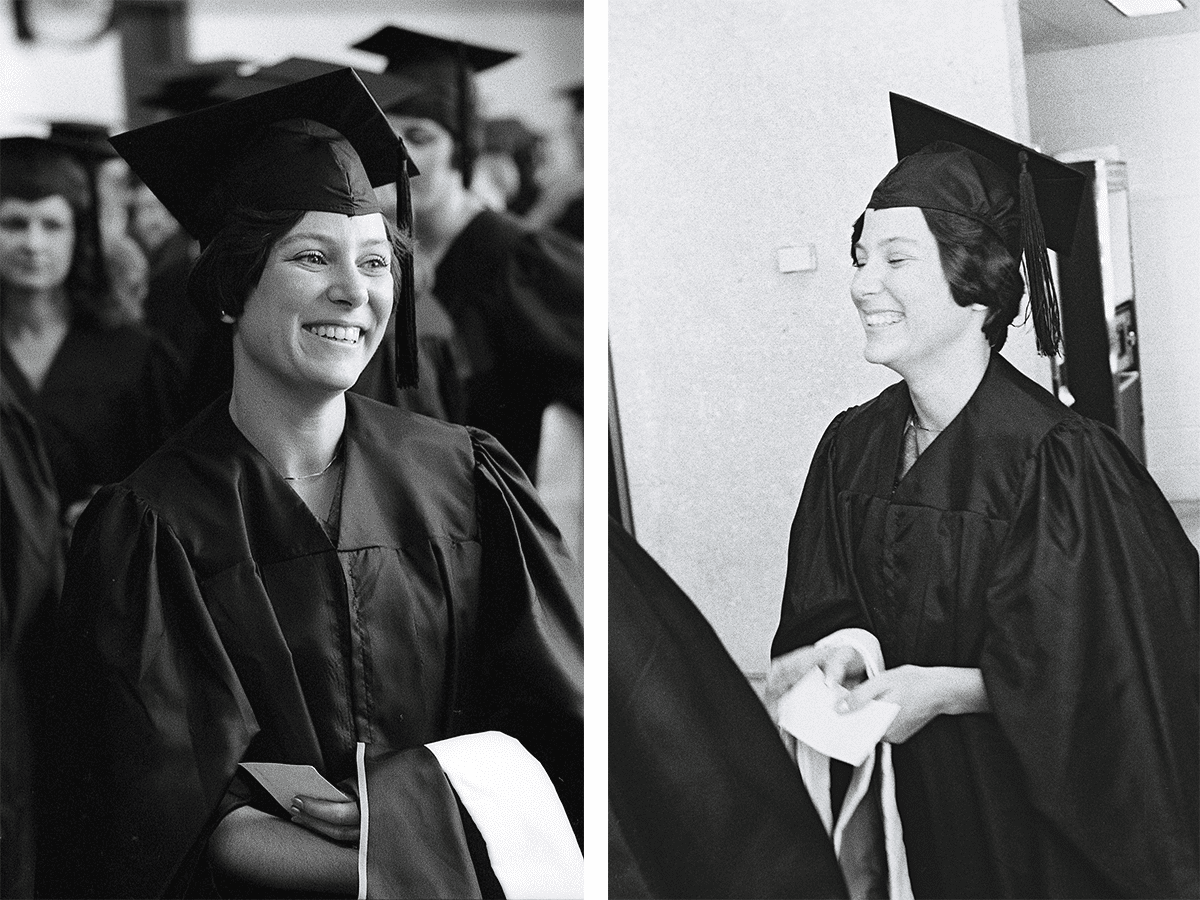 Tholen graduates from UTSA with her master’s in education on May 16, 1976. 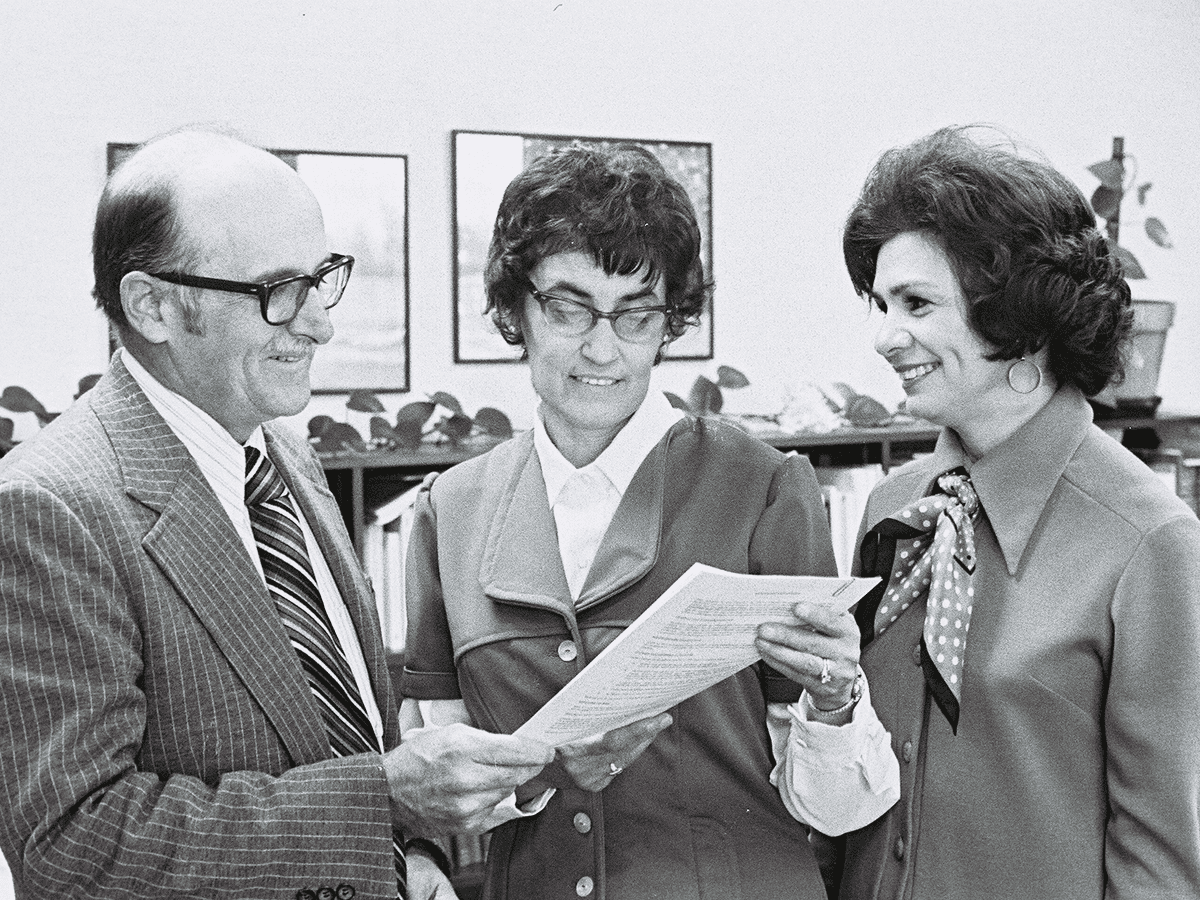 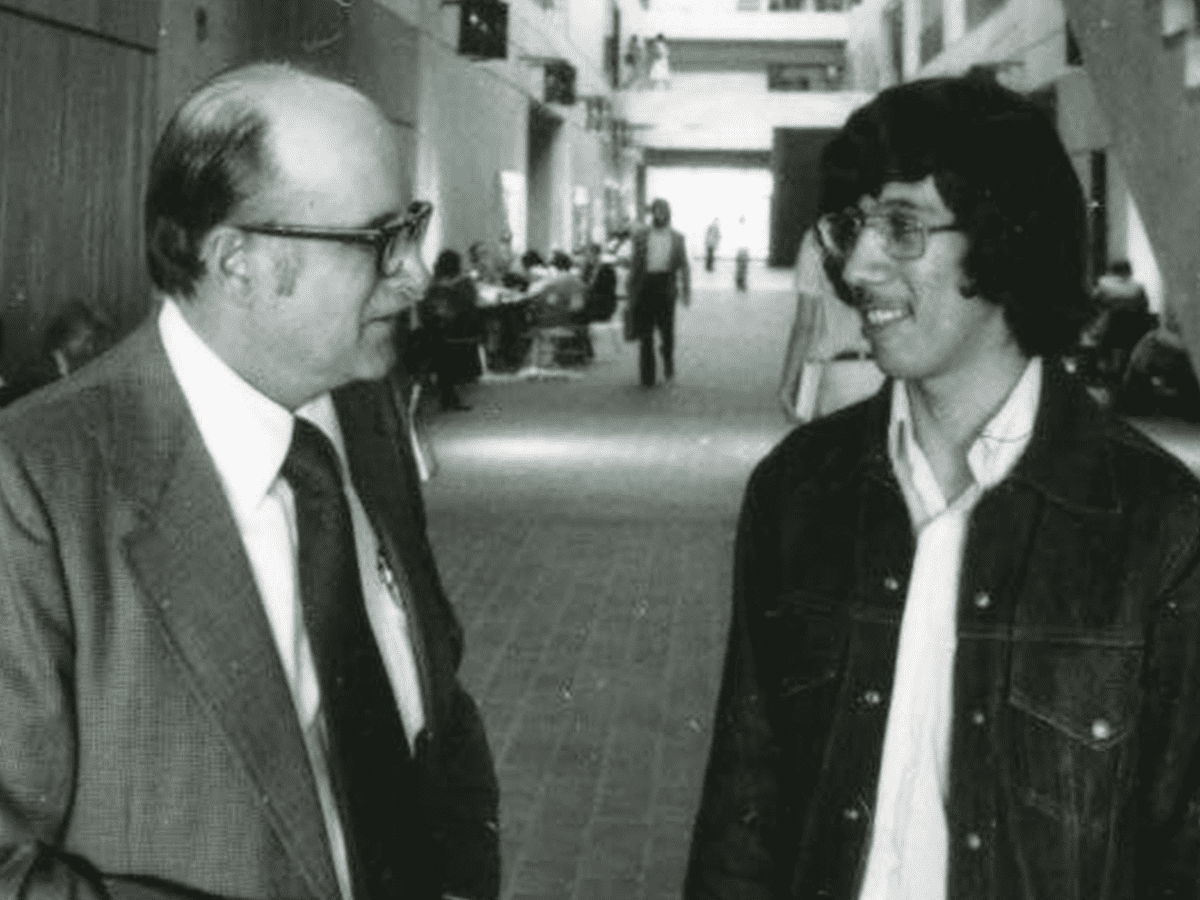