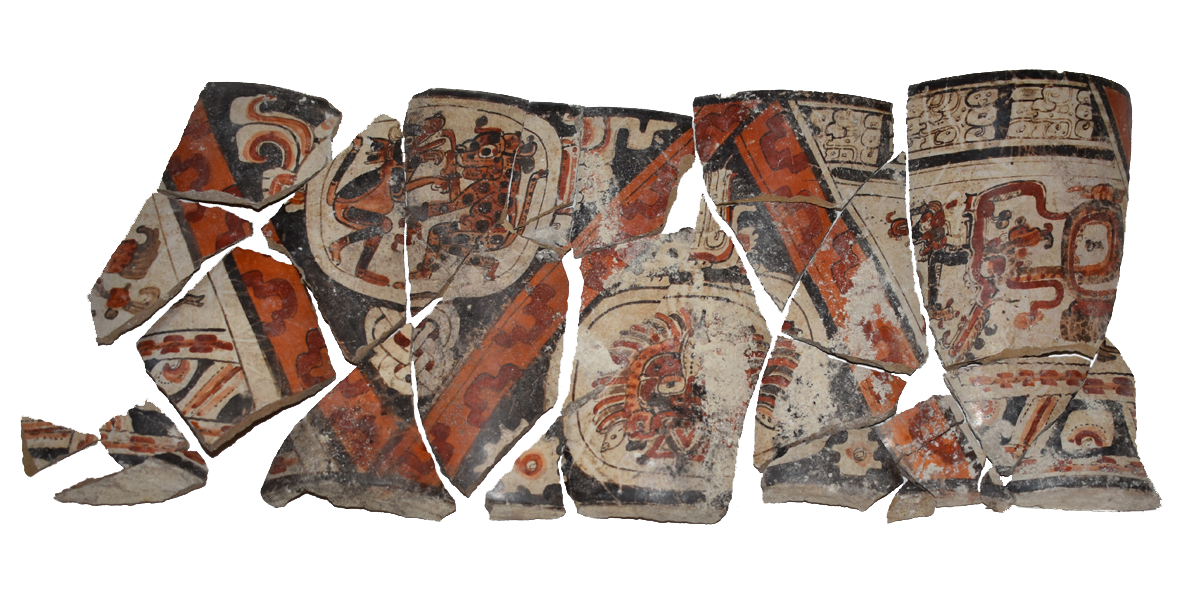 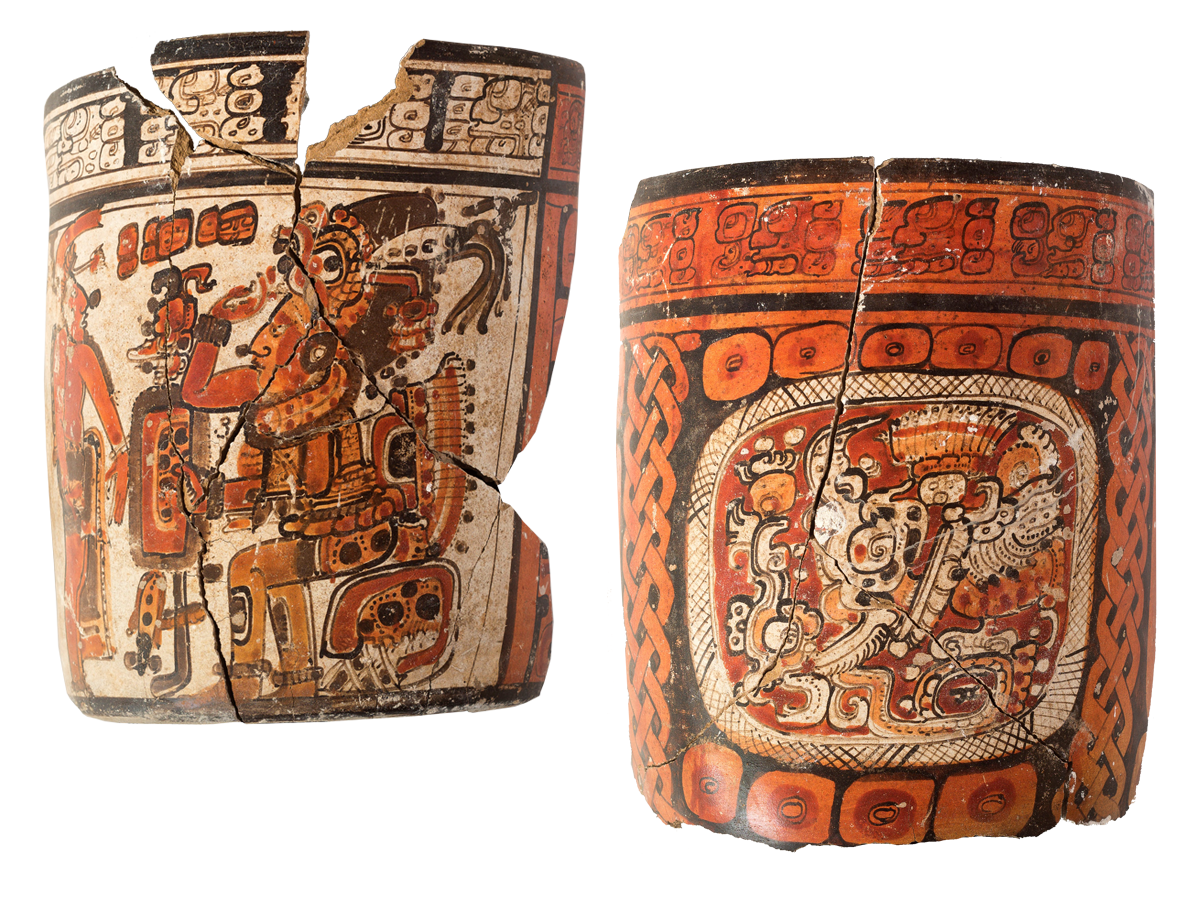 The looters’ trench was not small. And it definitely was not a one-man job. It stretched 4 feet wide and ran over 30 feet deep into an ancient Maya pyramid in Belize. By some miracle—or perhaps, Indiana Jones’ luck—the thieves passed just over a royal tomb with elaborate painted drinking cups used by nobility who ruled the kingdom 1,300 years ago.

“The looters missed the royal tomb by just a few centimeters.”

Archaeologists at UTSA now have the opportunity to study the royal tomb’s precious objects. Yaeger and Brown take groups of anthropology students to Belize each summer for archaeological field work. In July 2018 they were wrapping up their research at a site called Buenavista when they made an exciting find.

“While excavating in the looters’ trench, one of the local men who works with us scraped his trowel across the trench’s floor. That’s where we found a layer of flint flakes,” says Yaeger.

Flint and obsidian chips were used by the Maya to symbolize the underworld, and they placed them over royal tombs. Luckily the looters didn’t know what signs to look for at the site. This exciting discovery came too late for the team to properly document their findings. Instead, team members, including those who live in Belize, were sworn to secrecy until the following summer.

In 2019 the team, which included UTSA postdoctoral fellow Bernadette Cap, returned to carefully excavate and record the tomb. Although the skeleton they discovered was in poor condition, they found fine impressions of the textiles that had shrouded the ruler’s body, preserved in mud mortar that had dripped onto the body and hardened. Five large stone axes lay along the spine. And in an array on each side of the body the team found rows of pottery vessels, 27 in total. The tomb had partially collapsed in antiquity, fracturing many of the vessels, but all of them were whole. UTSA intends to restore the drinking vessels on behalf of the Belize government.