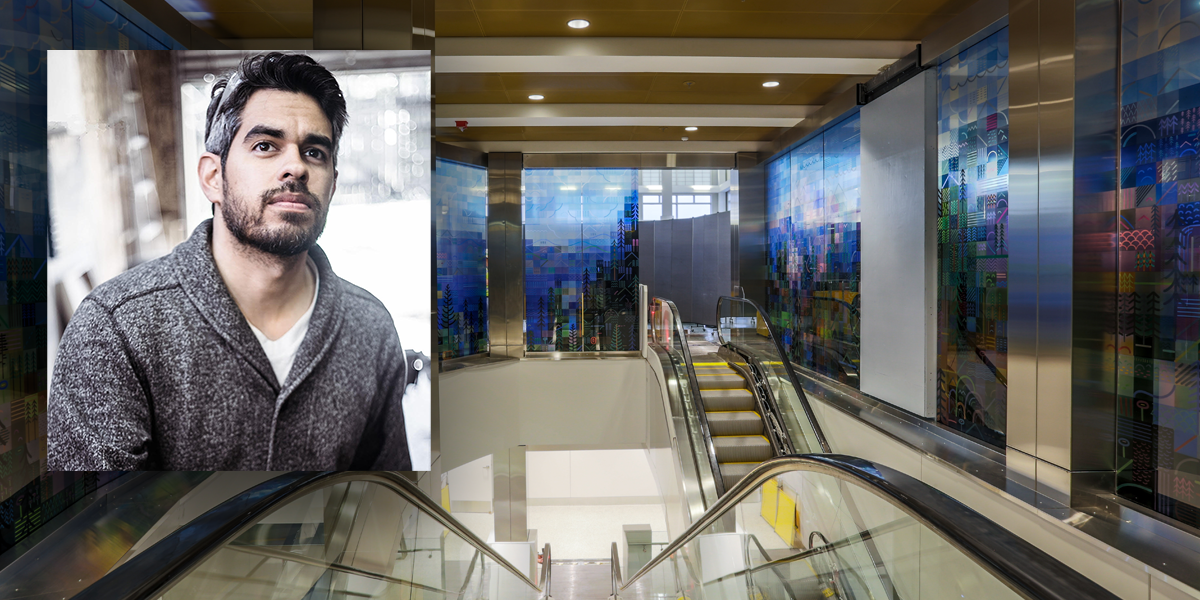 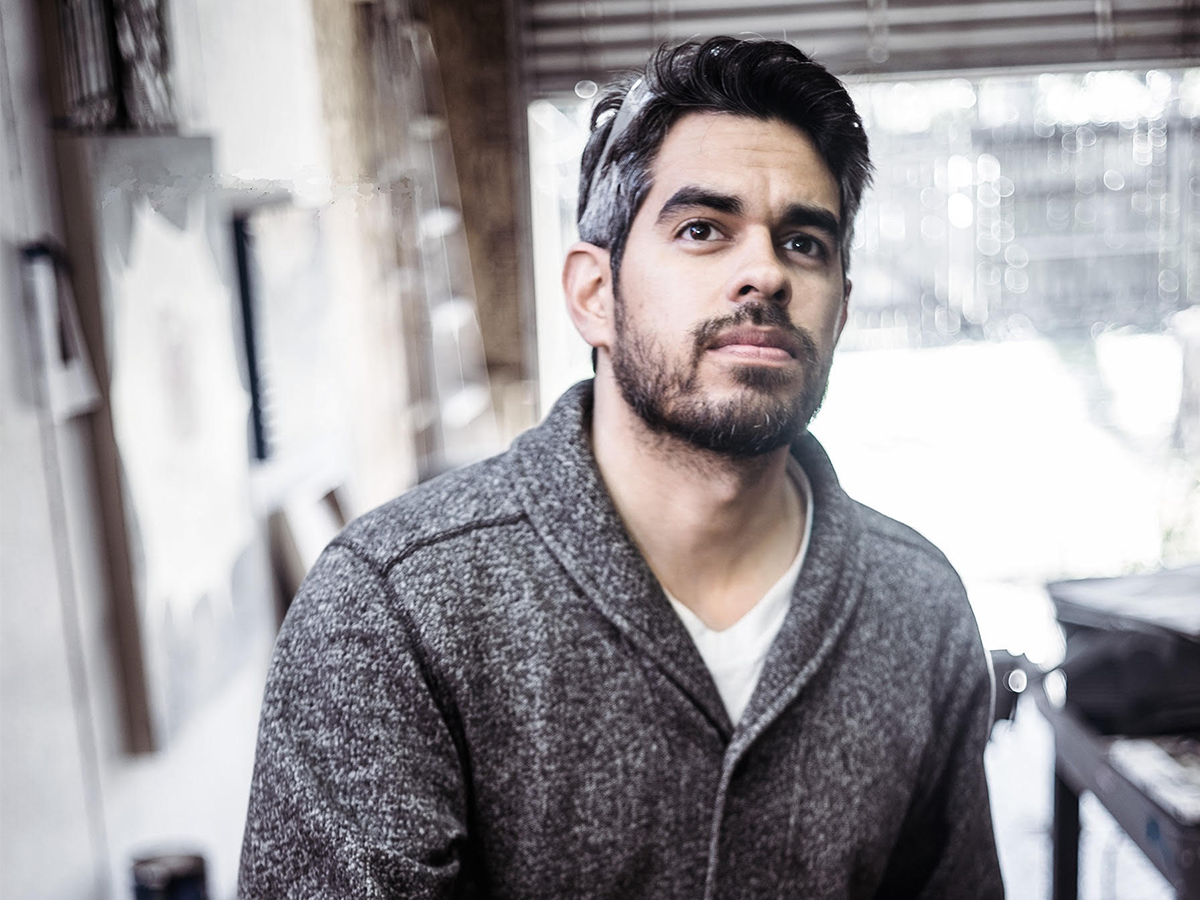 Tommy Gregory M.F.A. ’09 is cultivating the Seattle-Tacoma International Airport as a haven for eye-catching artwork

Airport art curator isn’t a job title that will yield many Indeed search results—if any at all. “There are only, like, 20 of us in the country,” admits Tommy Gregory, who is senior art manager and curator for the Port of Seattle. What this small faction lacks in notoriety, however, it makes up for in passion. “All of us, from LAX to Miami, put in a tremendous amount of energy. When you see art in an airport, it’s not just a magic trick. A lot of work goes into it.”

Gregory is on a mission to advance the notion that large facilities like airports should serve the public as spaces for high art. After all, for every passenger speeding between terminals to catch a connecting flight or rushing to meet an Uber driver, there’s another waiting for a long period to board a plane. Those folks are a captive audience, and he’s doing everything he can to get them to take notice at the Seattle-Tacoma International Airport, whether it’s relocating various pieces, improving lighting, or fetching fascinating new artworks.

“It’s always been a challenge to prove that the collection is integral to the passenger experience—that it’s not just window dressing.”

This mission started in earnest in 2005. As an undergraduate art student at the University of Houston, Gregory served as a studio assistant under the late sculptor Luis Jiménez when he began crafting the famous, towering Blue Mustang for the Denver International Airport. Through this experience he learned about commissioning artwork for airports as well as the phases for fabrication and installation—which was no small task for the 32-foot-tall cast-fiberglass sculpture.

His interest in public art continued as a graduate student at UTSA, where he worked in the president’s office as a curator’s assistant. He helped out with the public art collection while simultaneously preparing for his thesis show. During this time he found that airports and other transit entities often set aside 1% or 2% of their budgets to commission public art and became interested in how public art was financed through capital improvement projects. “That strengthened my knowledge and made me a little more serious about it as a career,” he explains.

Gregory would go on to become a public art specialist for the City of San Antonio after earning his master’s degree. He returned to Houston in 2012, first serving as a project manager for the Houston Arts Alliance, then as the public art program director and curator for the Houston Airport System from 2014 to 2018. He and wife Casey Arguelles-Gregory M.F.A. ’09—who he met in UTSA’s graduate art program—were happy in Texas, but he couldn’t resist the draw when the Port of Seattle made him a job offer.

The airport has long enjoyed an impressive visual arts reputation in the Pacific Northwest, housing a collection worth an estimated $35 million.

He also knew that SEA had several promising projects on the horizon, including a new 450,000-square-foot international arrivals facility that needed massive amounts of artwork. A year after he took the job, the Port of Seattle voted to reinstate a policy mandating 1% of CIP costs go toward purchasing and commissioning artwork, meaning that airport would spend roughly $20 million on public art by 2025.

The coronavirus pandemic may put a dent into those long-term plans, but the current projects were already approved. “For the next few years we have art projects that are guaranteed and earmarked,” he says.

In less than two years on the job Gregory has made a significant visual splash at the airport by bringing in alluring commissioned works. British Columbia visual arts duo Jacqueline Metz and Nancy Chew recently completed a 20-panel glasswork titled Cathedral that was installed in one of the airport’s elevator cores. It’s complemented by an impeccably cast bronze tree log at the elevator base that was designed for contemplation. Cable Griffith’s Cascadia, a large work of airbrushed enamel on glass, has brought much-needed color and authentic Washington state culture to Concourse C.

Gregory also arranged the airport’s first temporary exterior art exhibition: Molly Gochman’s Border US-MX. The piece consisted of 2.6 tons of red sand poured over a patch of grass longer than a football field in the shape of the United States–Mexico border. It was best viewed from an airplane. Gochman created the large installation to call attention to immigrants who cross the border seeking refuge and wind up becoming victims of human trafficking. Because Seattle is such a progressive city and they cost less to conserve, Gregory says he’d like the airport to host more temporary experience-based exhibits in the future.

For now, he’s focusing on supporting artists in Washington, Oregon, and British Columbia during the pandemic. He has expedited calls for regional art that will be housed in the North Satellite Terminal Nursing Suite and Employee Services Center.

With city budgets around the country being slashed and airports serving only a fraction of their typical number of passengers, it’s tough out there for airport art curators right now. But Gregory will continue the fight because he knows it’s a worthy one. “It’s always been a challenge to prove that the collection is integral to the passenger experience,” he says, “that it’s not just window dressing.”