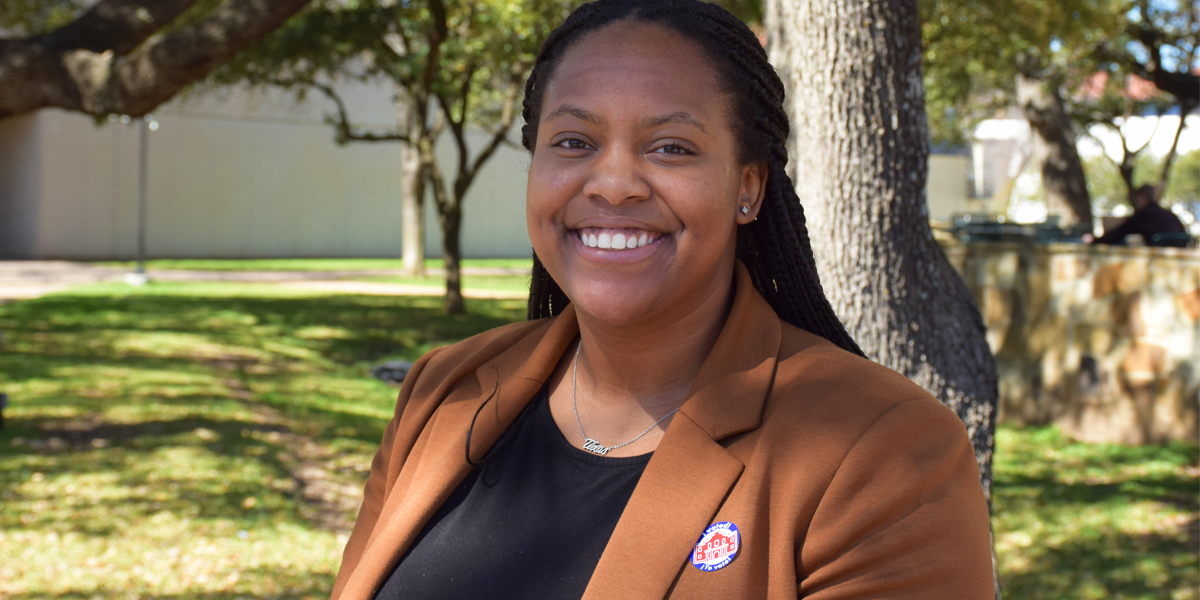 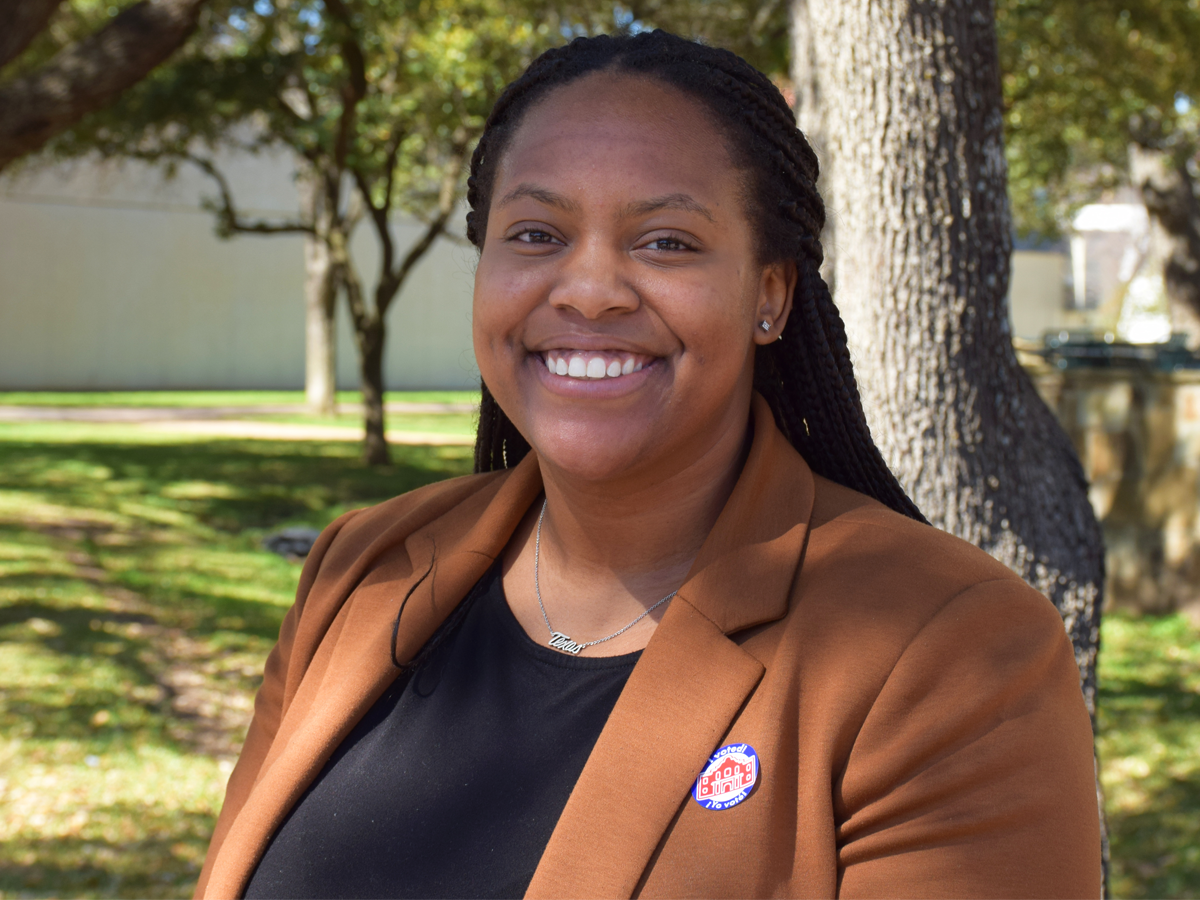 As Raven Douglas wrote an op-ed for MTV News about the importance of polling places on college campuses in February, memories from her freshman year at UTSA came flooding back. Douglas is now the political director for MOVE Texas, a nonpartisan nonprofit organization working throughout the state to advance voting access and engagement for young Texans. But her journey to this prominent role started in earnest on her very first day as a Roadrunner.

“It kind of seems like I was destined to end up in this work.”

Within the same few hours that she moved into Laurel Village as a freshman, she met an organizer who registered her to vote and gave her the inspiration to make her voice heard in a 2015 Texas constitutional election. “I didn’t realize until three years later that that was a MOVE organizer,” Douglas says. “It kind of seems like I was destined to end up in this work.”

Her passion for voter engagement and policy would blossom over the ensuing years at UTSA as she majored in political science and became involved with notable programs, thanks in large part to connections she made through the Honors College. Douglas worked for America Votes, a coordination hub for the progressive community, based in Washington, D.C., through the Archer fellowship program. In 2017 she was selected to participate in the Texas Legislative Program, giving her the opportunity to intern in the Texas Legislature under the tutelage of State Sen. Nicole Collier.

All the while, she never stopped working to empower young voters on campus and in the San Antonio community. She became a very active volunteer member for MOVE Texas (then known as MOVE San Antonio) and cofounded the Undergraduate Political Science Association at UTSA.

Even her undergraduate research showcased issues in voting access. With the help of political science professor Walt Wilson, she presented her 2018 thesis, “Before and After the Texas Voter ID Law,” which dove into how Senate bill 14 impacted voter turnout among communities of color during the 2014 midterm election.

She has since been inspired to encourage Texan voters to stuff the ballot box.

Douglas moved into a leadership development role for MOVE Texas shortly before graduating from UTSA and then became the organization’s deputy director in August 2018. She managed a statewide team of field organizers, fellows, and interns to register 30,000 voters that year in addition to planning and executing MOVE’s expansion to Dallas.

She was also representing MOVE at conferences, public events, and advocacy functions to engage with donors and partner organizations.

One of those partners just so happened to be MTV, which awarded Douglas the 2019 MTV Leaders for Change grant to help MOVE Texas achieve its goal of registering 70,000 Texans to vote in 2020. MTV has shared photos from MOVE’s events and published Douglas’s commentary pieces. She’s hopeful that the network can collaborate with MOVE on a party at the polls or a Rock the Vote kind of concert in the future.

Earlier this year Douglas was named the new political director for MOVE Texas. In this role she’ll be doing much more in the way of advocacy. “I’ll be working with elected officials to really ensure that policies are being passed that positively impact not only young people,” she says, “but also communities of color.”