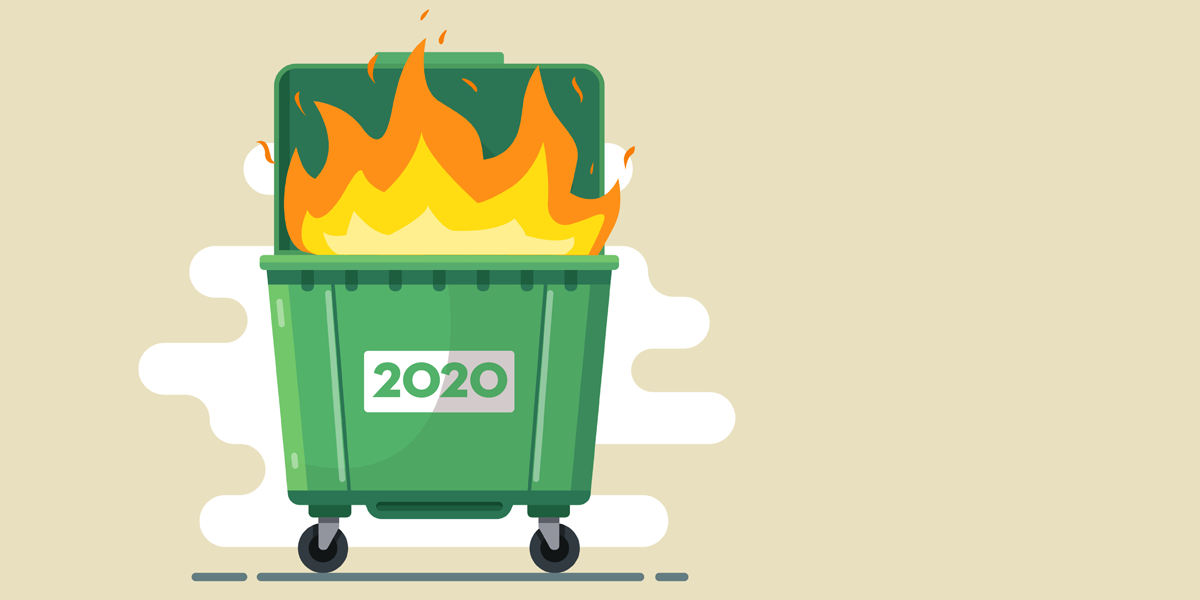 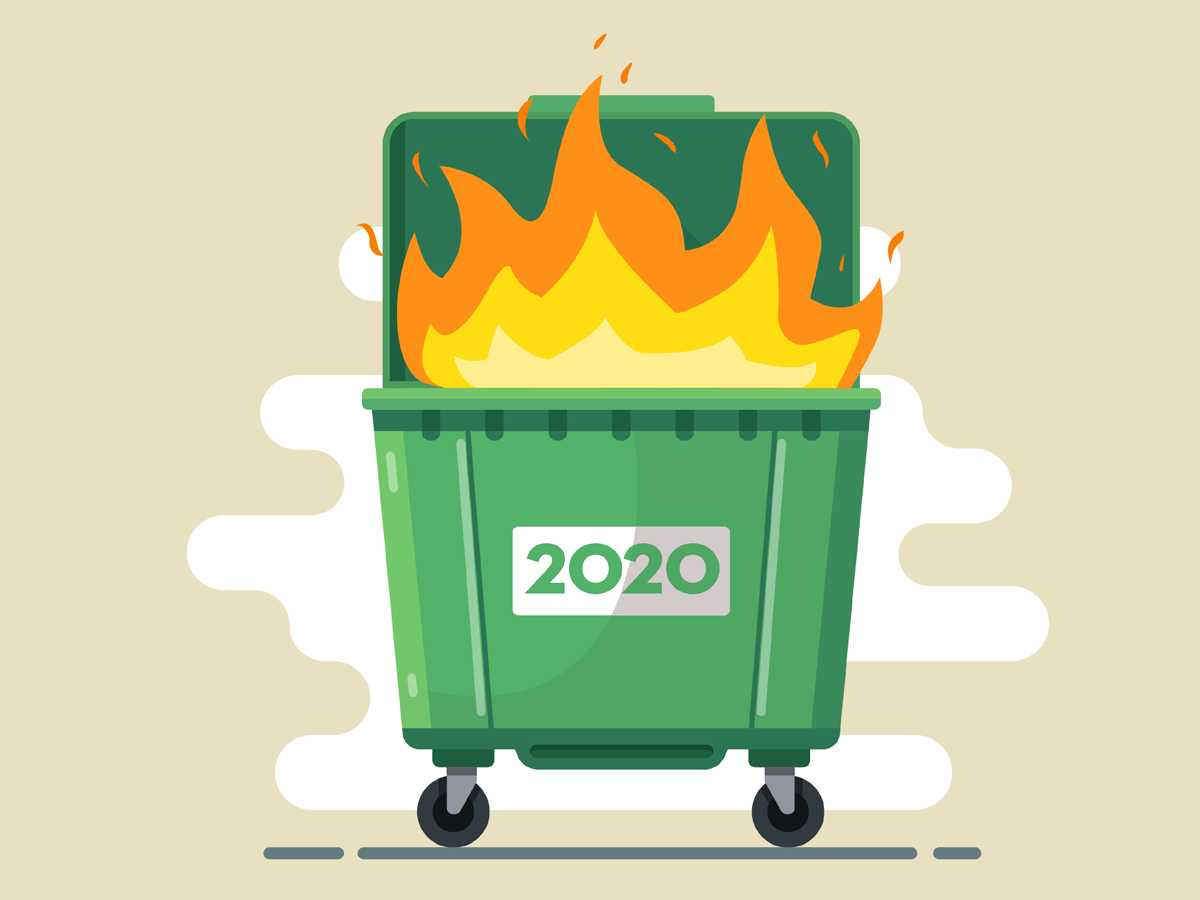 Is 2020 as bad as everyone is making it out to be? UTSA’s Cindy Ermus provides historical perspective

For those of you paying attention to social media during the COVID-19 pandemic, you’ll notice a direct correlation between the uptick of people being bored at home and the increasing number of excellent 2020 memes being created. It’s hard to resist joking about a year that feels like it was penned by creatively tapped TV writers desperately pulling out all the stops to avoid cancellation.

“2020 really does feel like the longest, worst year ever, doesn’t it?”

But is this really the longest, craziest or worst year ever? How did people living through other historical disasters express their dark humor? What will future generations think of our memes? UTSA’s Cindy Ermus is here to answer those questions. Ermus is an assistant professor in the Department of History, a faculty affiliate for the Centre for Community Disaster Research at Mount Royal University in Canada, and the executive editor of the academic journal Age of Revolutions.

Before memes, the internet, or even television existed, what are some notable examples of humor being used by those suffering through national or international crises throughout history?

Especially since the 18th century, some of the best places to look for historical examples of humor in times of disaster and crisis are newspapers and pamphlets. This kind of print literature depicted some of the most unabashed humor, which ranged from funny to sarcastic to very offensive. We could probably say that they were like the memes of the past in some ways.

These new mediums allowed people at the time to poke fun at everything under the sun—even in times of disaster—and to reach a wider audience than ever before. The first ones that come to mind are the political cartoons that came out of the American and French revolutions, which depicted, for example, King Louis XVI with the head of a pig—he would soon lose that head to the guillotine, of course.

All kinds of crises, however, including the 1906 San Francisco earthquake, the 1918 flu pandemic, the Great Depression, and the World Wars, inspired satirical cartoons, in some cases showing less-than-appealing portrayals of some of the foremost figures of the day.

You wrote pieces about the Great Plague of Provence of 1720. That outbreak had many similarities to the coronavirus pandemic, including criticism of handling by public officials and the amplification of misinformation. Was there also a parallel of levity being used to cope with conditions during those plagues? How did people express their snark and cynicism in the 1720s?

For my research on the 1720 plague, I’ve mostly looked at government documents and letters, official dispatches, images, plague tracts, sermons, newspapers, and even a couple of memoirs or diaries, but I have not come across as many examples of humor as one might guess. That doesn’t mean it’s not there or that people weren’t finding ways to make light of an otherwise dark situation. It just means that the kind of places where people might have expressed themselves in this way, like letters to a friend rather than government or official letters, haven’t survived, or are more difficult to get at in historical archives.

That said, I happened to come across an example from 1721 recently in which a man in France wrote to his merchant son in the French Atlantic colony of Martinique: “Thank God there’s plague in Marseille, because their ships won’t be arriving at your port for a long time. Take advantage, and get a good price for your merchandise!” I’d say that counts as cynical, perhaps even snarky, no?

Are all the “2020 is the longest (or worst) year ever” memes justified? There were certainly deadlier periods in American history, but in many ways, 2020 feels like the 1918 flu pandemic and the Great Depression rolled into one. And although the Civil Rights Movement was certainly not a disaster, 2020 has seen national tensions that echo that era as well. Can you think of a more hectic year?

2020 really does feel like the longest, worst year ever, doesn’t it? And yet those who have lived through similarly trying times have always thought that their situation is unique or that no one had ever lived through similarly challenging times. In fact, quite often in history, people have thought that things were so bad it must mean the end times were near—but here we still are. So can I think of a more hectic year in American history? I guess that as a historian, I can’t help but look at this question from different perspectives. So for the millions of Africans and African Americans who lived enslaved in this country, every year was much worse than this. For the Indigenous peoples who were forcibly removed from their land or who watched their loved ones die from foreign diseases or at the hands of colonizers, every year was much worse than this. Same for those who struggled during the Depression, who have had to send their sons off to war, who’ve lost loved ones to AIDS, etc. In other words, we’ve often been through worse.

How do you personally feel about memes? When people look back at our pandemic memes generations from now, will they think we were ignorant and entitled, or will they marvel at how in touch we were with pop culture and our own feelings of isolation, boredom, fear, desperately needing toilet paper, and listlessly staring into the abyss? Most importantly, will they think we were funny?

Memes are great! They’re a quick and concise way to express a belief, a sentiment, or an opinion. Looking back on them one day, I assume memes will also help define or capture the zeitgeist of the current era.

One thing to note is that humor can be very different from one generation to another, and even one geographic region to another. For example, it’s probably relatively common for something that was meant as a joke in a centuries-old document to go over our heads today. Just because they thought it was hilarious then, doesn’t mean we have any way to know that.

So what will future generations think about us? Perhaps they’ll ask, “Why did so many people in the U.S. refuse to do something as easy as wear a mask? Did they not want to end the pandemic?” I think that, on the one hand, they will appreciate our attempts to find humor in the current public health crisis, but on the other hand, they’ll marvel at our individualistic selfishness and resistance to take such simple measures to end the crisis sooner.