Karen Meriwether, B.B.A. in accounting, is now the chief financial officer for Southwest Business Corp. She was previously the firm’s vice president of internal audit and chief audit executive.

Janice L. Meyr, B.B.A. in accounting, has been named the 2017 Alumni of the Year by the UTSA Alumni Association. Meyr is president of B&R Supply and Equipment Co., a family-owned and -operated roofing supplier serving South Texas since 1975. Meyr is also a member of the UTSA Development Board and the Alumni Association board of directors. She and her husband created the Janice and Wayne Meyr Leadership Scholarship, which is offered to UTSA students who have participated in leadership development programming through the Student Leadership Center. Each student chosen to be a scholarship recipient has proved her or his leadership skills through the many avenues available at UTSA and, as a result, has been deemed to be making positive changes within the university community.

Alejandro “Alex” Hinojosa, M.B.A. in business, is the new acting managing director at the North American Development Bank. The bank was created in equal part by the U.S. and Mexico to finance environmental infrastructure projects surrounding the border. Hinojosa joined the North American Development Bank as a deputy managing director in 2011 and previously worked as the director of finance with the San Antonio Water System.

David Zammiello, B.B.A. in accounting, has been hired as the new executive director at Project Quest, a workforce development organization. Zammiello serves on the UTSA Alumni Association board of directors and was formerly on the San Antonio Hispanic Chamber of Commerce’s board of directors.

Michael A. Garcia, B.B.A. in accounting, is the president of Matthews Southwest Hospitality, which develops hotel, office, and residential projects across the country. Formerly, he was chief financial and development officer with Omni Hotels. Garcia will be working on hotel development. 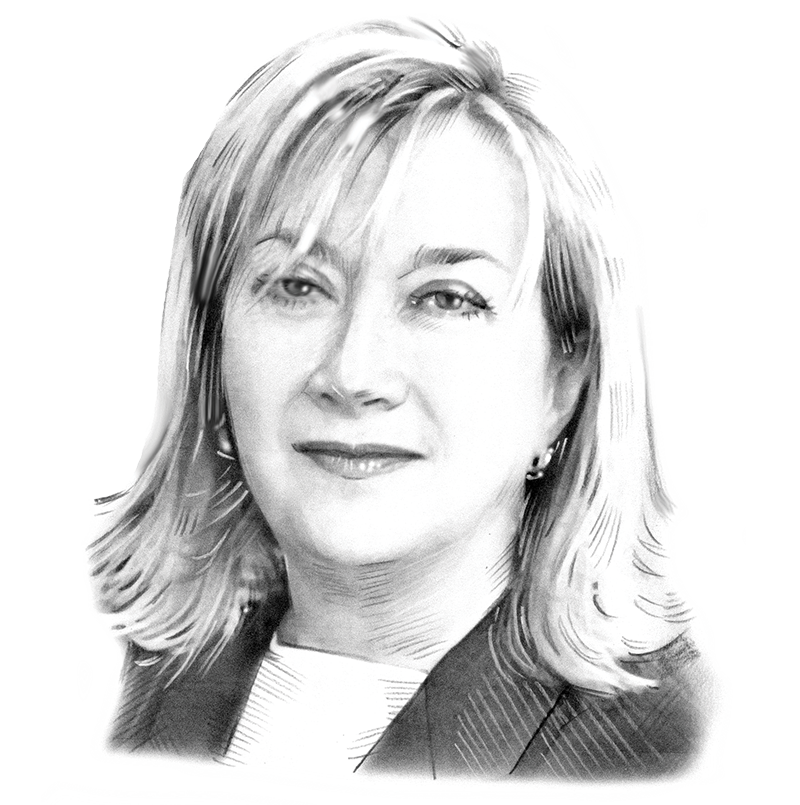 One of Texas’ Best
Jeanie Wyatt, M.B.A. in business, was ranked 20th on the annual list of the top financial advisers in Texas. She is South Texas Money Management’s CEO and chief investment officer. In 2012 she was named UTSA’s Alumnus of the Year for her achievements.

Elaine Duet-Lee, B.S. in physical therapy, now works at the Non-Surgical Center of Texas on the physical therapy team. She is a member of the American Physical Therapy Association and has held a leadership position in the state chapter’s annual conference.

Andrew Sparks, B.S. in biology, is the chief scientific officer of BioCeryx, a molecular diagnostic company. Sparks’ work concentrates on DNA and genome sequencing. BioCeryx aims to make next-generation diagnostics accessible for all, and for all patients to benefit from their advances in precision medicine.

Denise Sikes, B.B.A. in management, is the human resources vice president for Food Safety Net Services. She is responsible for directing all human resource projects and supporting the company’s growth. Formerly, Sikes worked in various companies in human resources and in real estate.

Gloria De Hoyos, B.A. in early childhood education, M.A. in education ’04, has been elected to serve on the San Antonio Fiesta 2018 commission. De Hoyos will be serving a three-year term until May 2020.

Douglas Curtis, B.B.A. in finance, has been selected as the top real estate agent in the individual agents category by the San Antonio Business Journal. Curtis is a former U.S. Army intelligence officer and now works as a real estate consultant at Keller Williams Realty Heritage.

Dayton Schrader, B.B.A. in accounting, has been honored in the Residential Real Estate Awards by the San Antonio Business Journal.

Brian Tramontano, B.B.A. in management, was ranked 53rd on the annual list of top financial advisers in Texas. He works at Merrill Lynch Wealth Management.

Anne Gregory, M.A. in education, has been promoted to director of Purdue University Northwest’s School of Education and Counseling. Gregory previously worked as a professor and the chair of the department of literacy and elementary education at Northern Illinois University, professor and chair of the department of curriculum and instruction at Western Illinois University, and president of the faculty at Boise State University.

Patricia Teague, B.B.A. in accounting, is the new vice president for human resources at USAA. Previously, Teague led the member experience organization and worked alongside the chief financial officer at USAA. She is one of four women on USAA’s executive council reporting directly to the CEO Stuart Parker.

Jon Fristoe, M.P.A. in public administration, is the newly elected secretary of the Fiesta San Antonio executive committee. Fristoe, who will serve a one-year term, previously served as an elected commissioner from 2014 to 2017.

Arthur “A.J.” Rodriguez, B.B.A. in management, M.B.A. in business ’00, who was named Alumnus of the Year in 2008, held his first show displaying his artwork to the public. His hobby of painting and creating has become an inspiration to others to develop their own creative output. Rodriguez is an executive at Zachry Group in San Antonio but is equally devoted to his lifetime passion of being an artist.

James “Jimmy” Stead, B.B.A. in accounting, has been named executive vice president and director of regional products and services for Frost Bank. 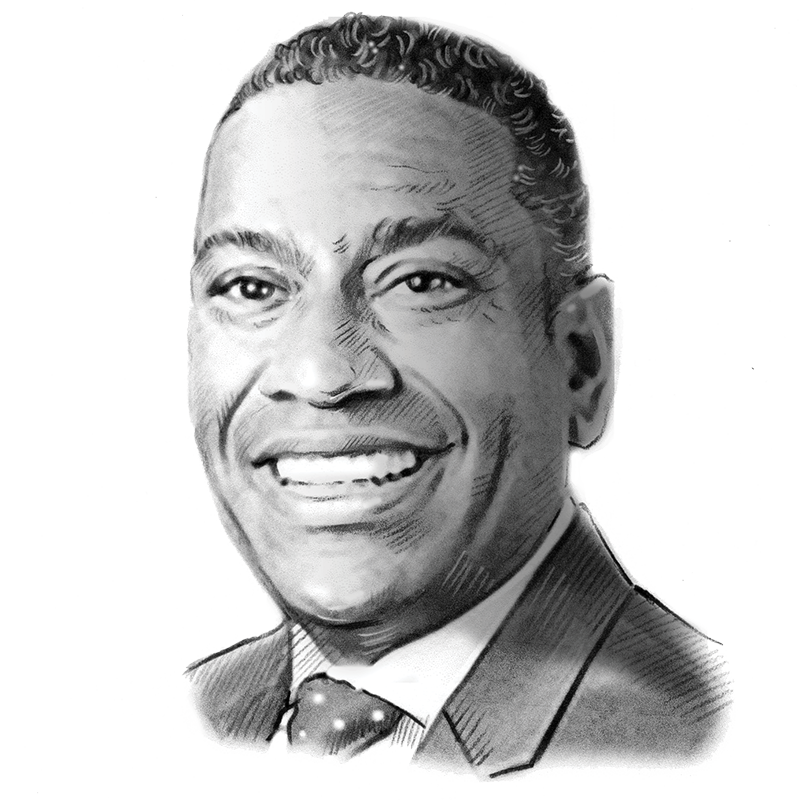 Zada E. True-Courage, M.B.A. in business, is a financial analyst at CPS Energy, and has served as an active member of the community.

Curt A. Van De Walle, M.S. in civil engineering, is the new Castle Hills city manager. Van De Walle recently retired from his position as a colonel in the U.S. Air Force. He managed air bases, facility services, construction projects, and before his retirement managed the Joint Base San Antonio-Lackland Air Force Base.

Michael Kans, B.A. in English, has been named a partner at Williams & Jensen, a law firm where he started working during law school. Kans formerly worked for Texas Rep. Charles A. Gonzalez as a press secretary, legislative assistant, system administrator, and staff assistant.

Audrey Sifuentes, B.A. in interdisciplinary studies, M.Ed. in education leadership ’11, has been promoted to vice principal at Mead Elementary School.

Carlo O. Garcia, B.A. in political science, is the lead brewer at Flix Brewhouse in Round Rock. While working for Flix Brewhouse, Garcia was awarded three medals from the Beverage Tasting Institute.

Heath Woods, B.S. in civil engineering, is a partner at M&S Engineering, a firm that bought out the San Antonio Design Group in a recent merger.

Christina Martinez, B.A. in English, has been unanimously appointed San Antonio District 6 trustee by the San Antonio ISD school board. Martinez is the vice president of external relations for Big Brothers Big Sisters of South Texas and has worked for the San Antonio Youth Literacy and the Girl Scouts. 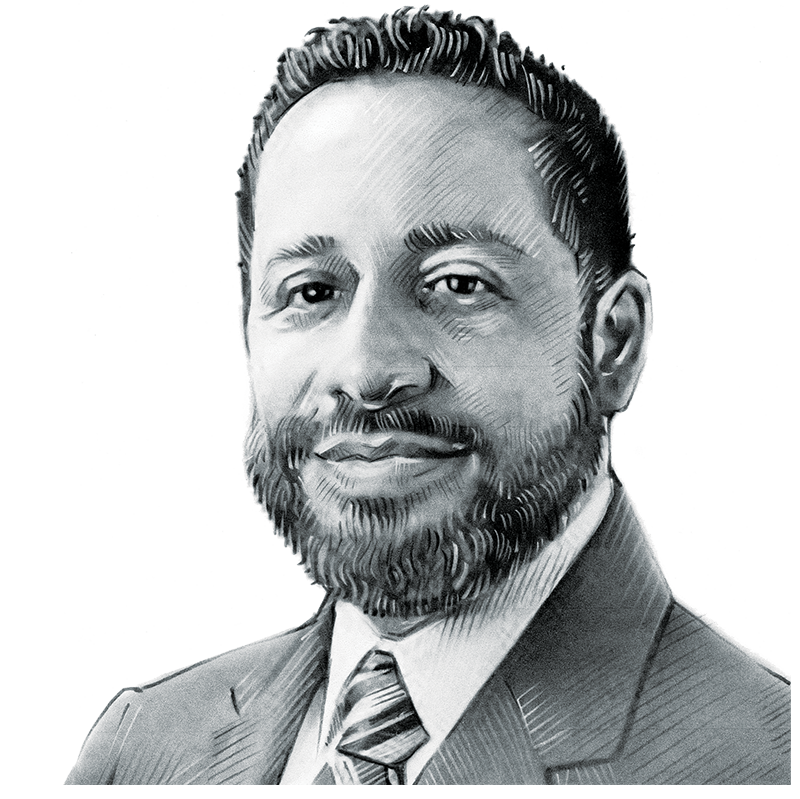 Man of the Year
Jose De La Cruz, B.A. in history, M.P.A. in public administration ’10, has been selected as the San Antonio Business Journal 40 Under 40 Man of the Year for 2017. De La Cruz is the chief innovation officer for the City of San Antonio, where he is responsible for finding new ways to improve the quality of life in San Antonio.

Melissa Lynn Alcala, Ed.D. in educational leadership, is the new principal of the career-themed CAST Tech High School, which officially opened this fall. CAST Tech areas of study include coding, cybersecurity, and gaming. She had been the director of the STEM Academy, a North East ISD magnet school.

Alana Coates, M.A. in art history, curated 2017's “Daydreams and Other Monsters” exhibition at UTSA. She is associate director at Ruiz-Healy Art and has worked in the artistic field for over 15 years.

Marcel Johnson, M.B.A. in business, has been selected as a board member for the Alamo City Black Chamber of Commerce. He works for the Port Authority of San Antonio, a public entity tasked with redeveloping the 1,900 acres of land formerly used as Kelly Air Force Base.

The art of Megan Solis, B.F.A. in painting, was part of this year's “Daydreams and Other Monsters” exhibition at UTSA. Solis held a residency at the Arteles Artist Center in Finland and is gaining recognition at various exhibitions. Her work will be featured in the “Artists Looking at Art” exhibition at the McNay Museum this fall.

José Villalobos, B.F.A. in pottery, was highlighted as an emerging Latino artist at Austin's Mexic-Arte Museum in August. The show featured his prints, drawings, and paintings as well as jewelry and pins from his design line, Joterias, which includes handmade necklaces embellished with glitter, soil, and prickly pear seeds.

We want to know what you've been up to lately. New jobs, relocations, accomplishments, marriages—whatever your news, share it with friends and classmates.

Or write to: Office of Alumni Programs
One UTSA Circle
San Antonio, TX 78249