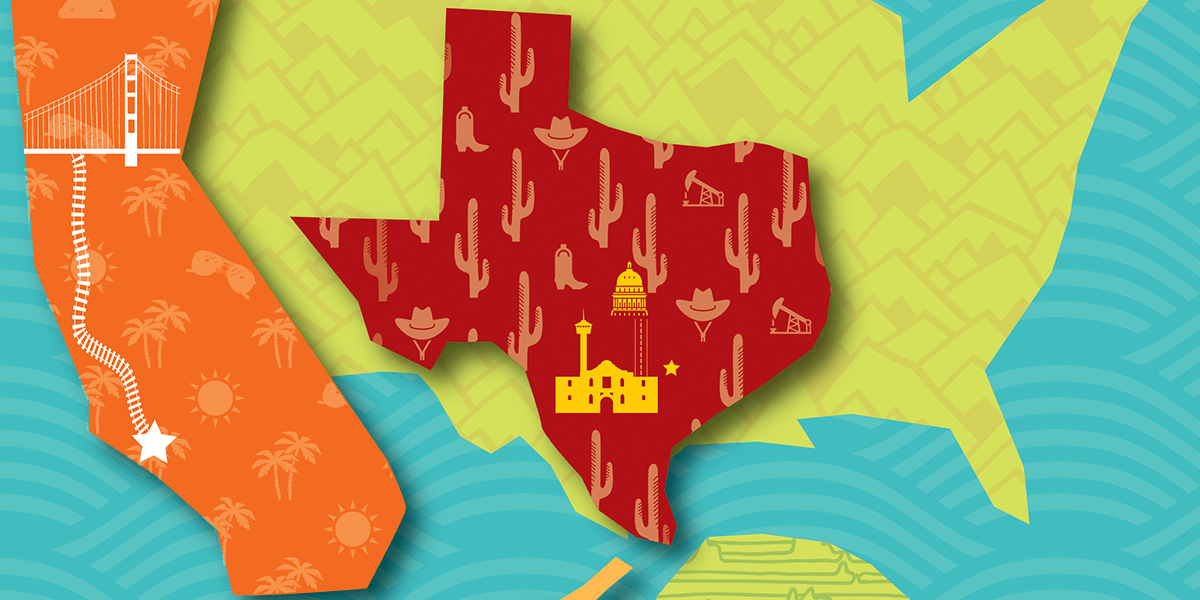 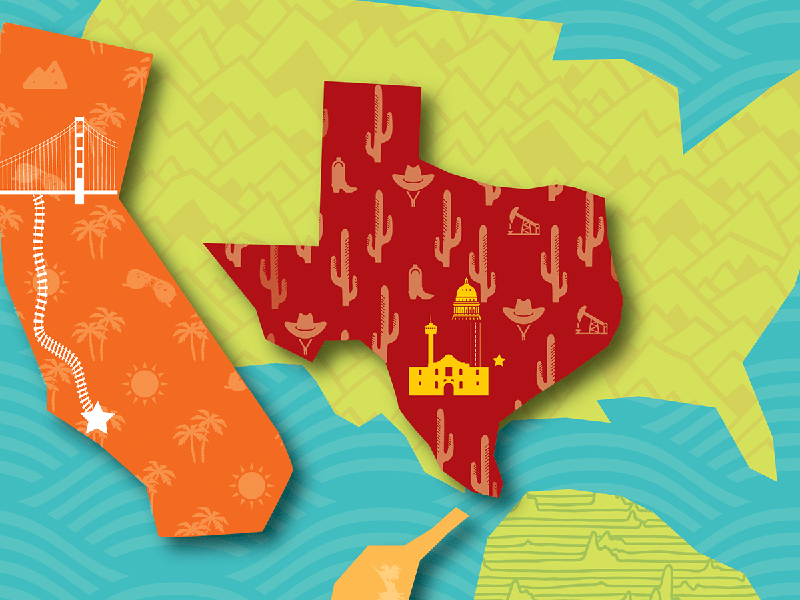 The Best-Laid Plans
As it ramps up for accreditation, one of UTSA’s newest graduate programs is showing big successes among its alumni

• UTSA’s urban and regional planning master’s program launched less than a decade ago.
• More than 80 percent of program’s recent alumni are employed in planning fields.

On a stretch of Texas FM 78, which runs between San Antonio and Seguin, sits the sleepy city of Cibolo. It won’t be that sleepy for much longer, though. With more than 28,000 residents, Cibolo experienced a 44 percent population increase between 2010 and 2016. By 2020 the city is expected to more than double in size. Lisa Gonzalez ’06, M.S. ’12 is the city planner preparing Cibolo for such a drastic jump in population.

Gonzalez was one of the first two graduates of UTSA College of Architecture, Construction, and Planning’s master of science in urban and regional planning. Her graduation peer, Sergio Martinez M.S. ’12, is now the director of transportation and infrastructure in Bogotá, Colombia. Gonzalez and Martinez are part of a group of already more than three dozen alumni who are literally changing the landscape of cities. 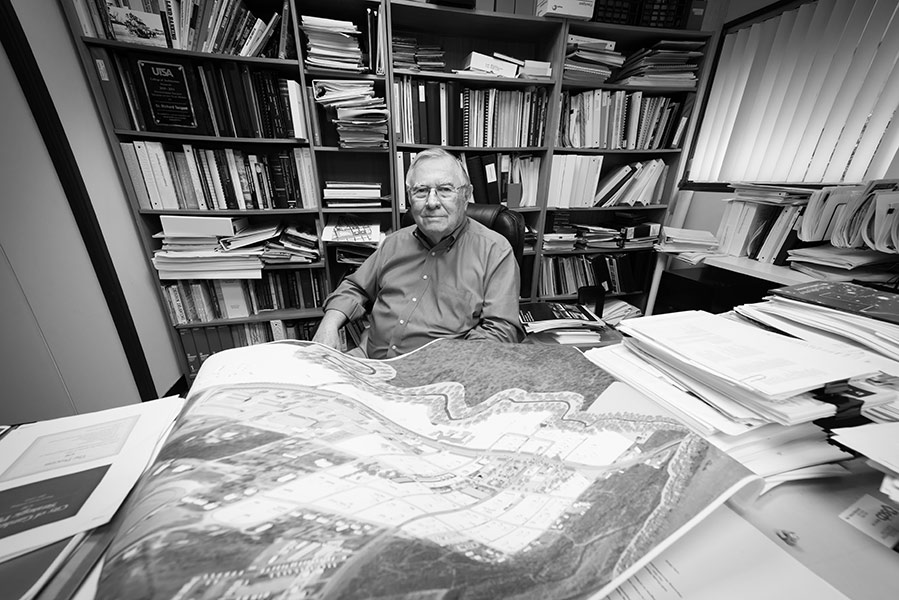 The highly visible impact of such graduates from the relatively new master’s program, launched in 2010, is a big reason professor Richard Tangum, who is also the director of UTSA’s Center for Urban and Regional Planning Research, is confident that the program will achieve national accreditation within the next three years. More than 80 percent of its most recent graduates, for example, are employed in planning fields.

Gonzalez initially studied architecture at UTSA, and when she graduated she moved back to her hometown of McAllen to work as an architect for the city. It wasn’t until McAllen’s planning department requested her assistance with an update to its development codes and guidelines that she became hooked on the field’s scope. “In architecture you design based on certain parameters, such as local codes or guidelines,” Gonzalez says. “When I was introduced to planning I realized that the planner is the one who creates those guidelines. This experience allowed me to link the macro sense of planning to my background in architecture at a whole different scale.”

Gonzalez is now an integral part of improving the increasingly burdened I-35 corridor between San Antonio and Austin. Experts have been associating the I-35 stretch to megaregion Dallas–Fort Worth for decades. Austin is noted for its population and traffic, which are bursting at the seams, and San Antonio’s relatively low cost of living and economic growth is enticing to young professionals looking for affordability. In turn, young couples with children are flocking to corridor cities like Cibolo because of even more affordability and desirable school districts. For Gonzalez, her role meant an opportunity to create a comprehensive plan to map out the things that Americans often take for granted: utilities, fire stations, city halls, and additional schools.

While many new residents are choosing to live outside San Antonio’s city limits, there are many more who want to live in the city’s urban core. Sarah Esserlieu M.S. ’15 is a senior management analyst for the Alamo City who manages three incentive programs: the Inner City Reinvestment and Infill Policy Fee Waiver Program, the Center City Housing Incentive Policy, and the Brownfield Redevelopment Program, each of which promotes growth within San Antonio’s urban core. The programs encourage downtown real estate development by providing financial incentives and technical assistance for developers.

After living in San Diego at the height of the 2000s economic recession and then moving to South Korea, where her interest in urban planning sparked, Esserlieu made contact with UTSA graduate adviser Tangum after she returned to the U.S. and began to further explore the field. She says she made the leap of faith, moved to San Antonio, and immediately saw the potential in downtown San Antonio to make use of her future studies. “Being here, working here, and seeing the way the city is going,” Esserlieu says, “I think, Yeah, this was the perfect choice. There is still so much transition in San Antonio, and I can say I was part of that. It’s not necessarily something you can do in an already-established city like Portland or Seattle.” 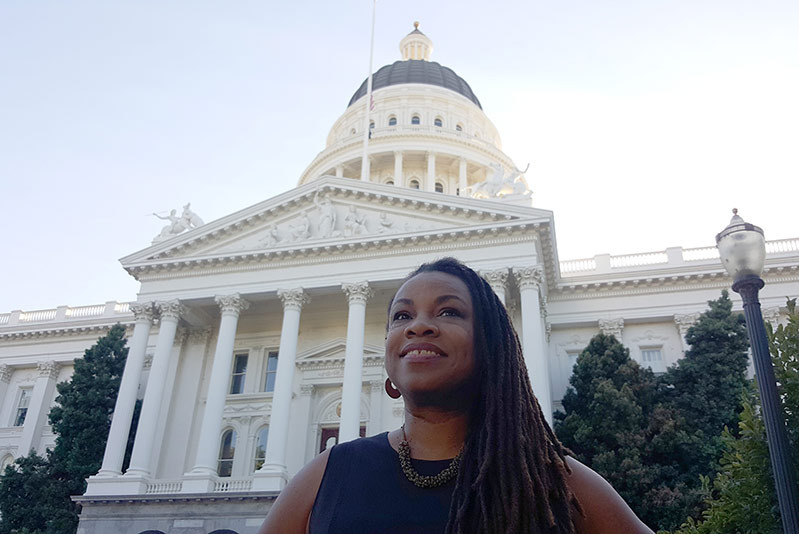 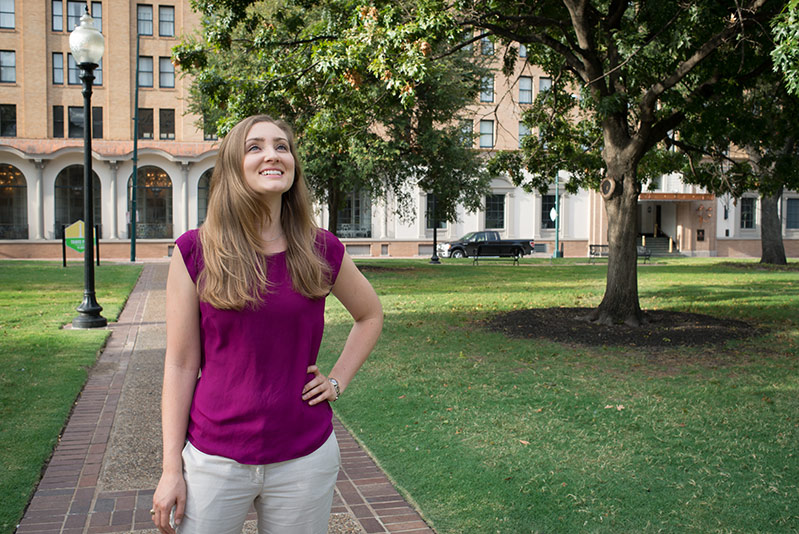 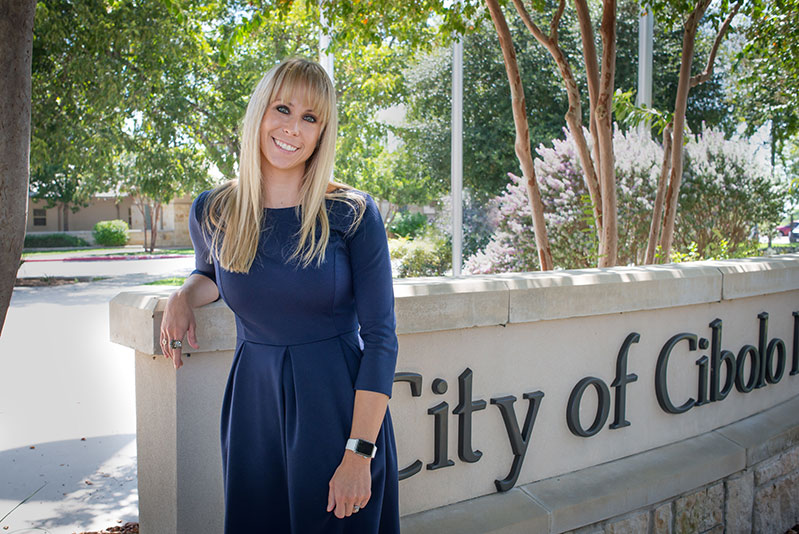 Gonzalez and Esserlieu both chose to stay close to San Antonio after receiving their UTSA degrees, but others, like Martinez in Bogotá, have gone farther to affect change. Carla Burrell ’09, M.S. ’15 says she always hoped to help people live better. Thinking she’d achieve that, though, by improving their experiences with home comforts, she studied interior design as an undergraduate. But she realized she wanted to do something even more substantial. She is now an environmental planner with a private firm that has been tasked with delivering the first phase of California’s high-speed rail, which will connect the San Francisco Bay area to Los Angeles. As California’s population has grown, the demand for intrastate travel has as well. Proponents believe that the rail line is the most cost-effective and environmentally friendly way of meeting that demand.

Any project this massive, however, doesn’t happen without some controversy, and the planned rail service is no different. “I take comfort,” Burrell says, “in the fact that I am attempting to provide people with sustainable development through green public infrastructure, good air, land and water stewardship, economic development, and expanded mobility choices.”

With cities and regions around the world growing and changing so rapidly, urban planners will be an integral part of the future, according to UTSA’s Tangum. “Our program is paying off because we can see the results, and our graduates are moving along even faster in job responsibility than I’d anticipated,” he says. “But one of our basic philosophies from the start was to do everything we can to get our students in professional positions where they can succeed.”