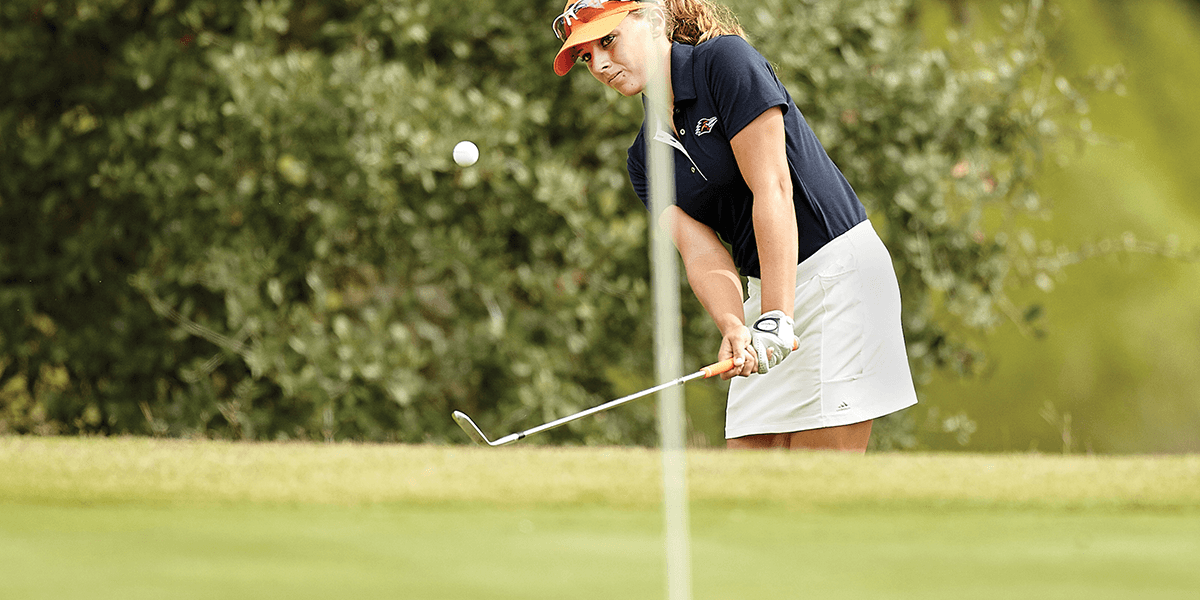 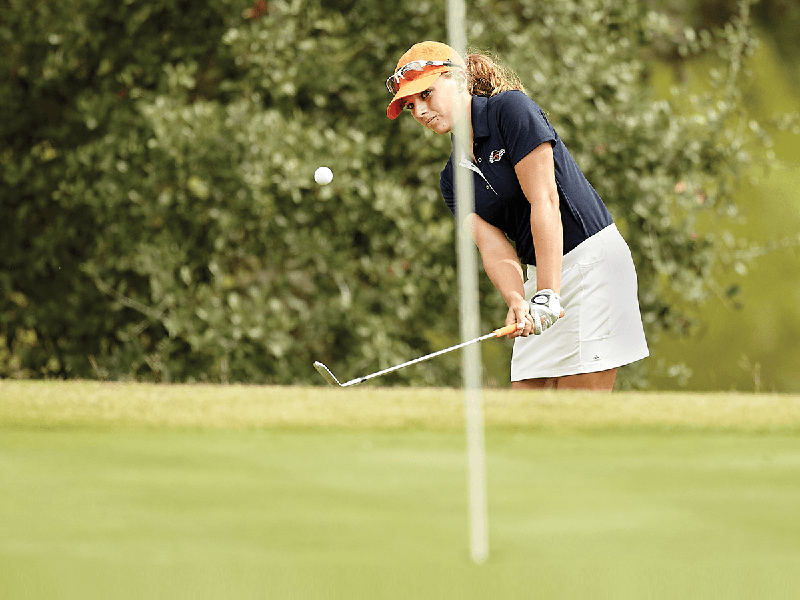 Fore! Score
A love of golf and a drive to mentor inspire a couple to provide UTSA with its largest athletics gift

When John Kauth is not in his downtown San Antonio office, he can often be found on a golf course. For the businessman, the course is a familiar scene, one he’s been part of since he was 12.

“We moved every year, and I never attended the same school twice,” says Kauth, CEO and cofounder of Intercontinental Wealth Advisor. “We would move in the middle of the summer, so it was hard making friends, but thankfully, we always lived next to a golf course.” By understanding golf, he found he could make connections with people of all ages.

Now overseeing a group of companies managing in excess of $1 billion in clients’ assets, he calls San Antonio home. His love for golf was first ignited by his parents, particularly his mother, Maryb, a Navy nurse and avid golfer.

Although a Texas A&M University alumnus, Kauth got involved with UTSA golf nearly a decade ago when the program was eager to build its competitiveness at a national level. He, along with other local business leaders, established UTSA24, a group that supports student athletes not only with donations but also with time by mentoring them. “These [business leaders] loved golf, wanted to touch young lives, and felt UTSA was key to San Antonio’s future,” Kauth explains. “The partnership is a unique opportunity for students to learn from and build relationships with community leaders.” To date, the group has donated more than $400,000 and helped take UTSA golf to top-level NCAA competitions.

After witnessing the success of UTSA24, Kauth and his wife, Melissa Kauth ’90, took their support even further. They began sponsoring the Alamo Invitational in memory of a woman dear to them both—John’s mother, Maryb. The annual women’s golf tournament hosts some of the best Division I programs nationally.

The Kauths have also pledged the largest gift in UTSA athletics history: $3 million to support women’s golf. The estate gift will provide scholarships to athletes and financially challenged students and continue to fund the renamed Maryb S. Kauth Invitational.

A former banker and San Antonio Water System executive, Melissa Kauth attended UTSA evening classes while working full-time jobs. “Graduating from UTSA was one of the proudest moments of my life,” she says, “and I could not have done it without the help, support, and guidance of some very special people in my life. Both John and I were blessed with parents who instilled in us a strong work ethic and integrity. We were further blessed to have mentors who gave us guidance and support during the early days of our careers.”

For the Kauths, their philanthropic efforts don’t end with a signed check, though. They continue to mentor students, teaching them about life lessons and how, according to John Kauth, a little hard work can take you far. “You’d be amazed how wonderful it feels to give,” he says. “By giving back we want to touch lives by helping young people. I know Mom would be proud of what we’ve done.”