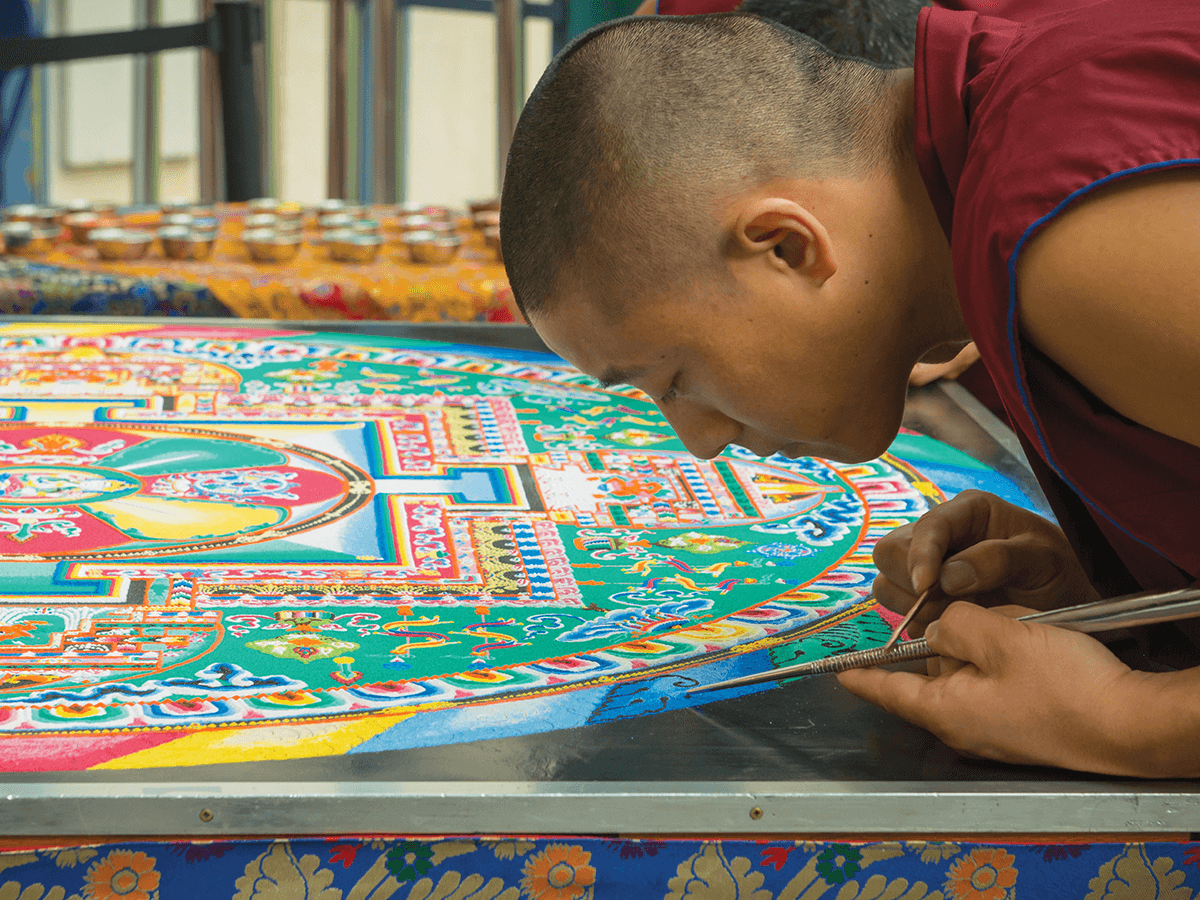 A Tibetan monk from Drepung Loseling Monastery adds fine touches to a mandala sand painting during a presentation in the University Center. As part of a Mystical Arts of Tibet tour, a group of monks invited to UTSA created the sand work over four days during the fall’s Education Week and Diversity Month observances. After completion, the creation is destroyed to symbolically illustrate the fragility and impermanence of life. 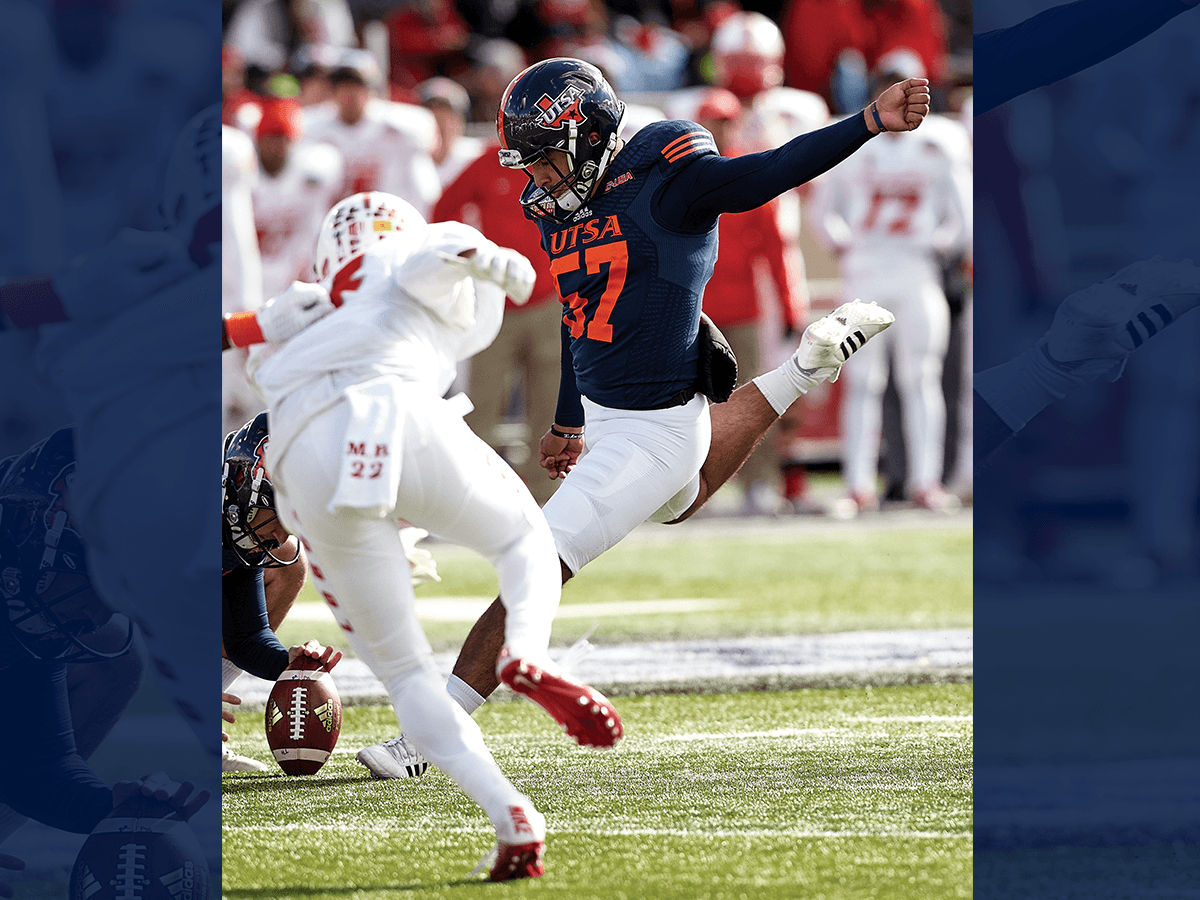 One for the Books

Only six years after the team’s inaugural season, UTSA football made its first bowl appearance on Dec. 17. Placekicker Victor Falcon’s 27-yard field goal in the first quarter was the first score of the game, placing Falcon in the UTSA record book for the first points ever scored during a bowl game. Facing the University of New Mexico Lobos, the Roadrunners eventually fell in 20–23 play. But the university’s invitation to the Gildan New Mexico Bowl in Albuquerque matched the NCAA record for the fastest program to reach a bowl game. 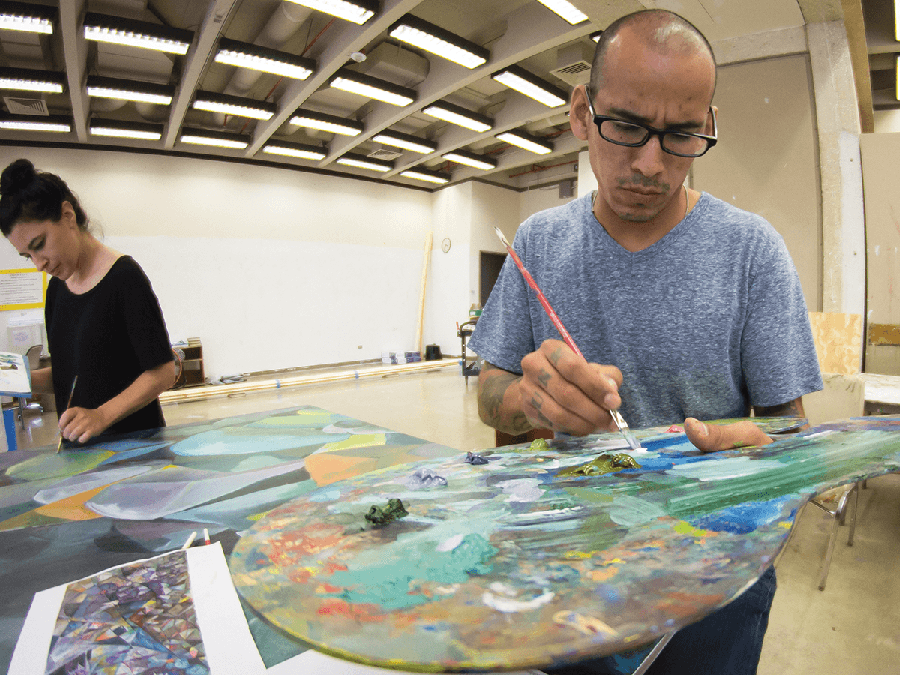 State of the Art

Art lecturer Andrei Renteria and one of his students add touches during the painting phase of a team project from a mural class he led, along with graduate student Houston Fryer. A committee reviewed student design proposals for the mural and narrowed them to the winning submission. Renteria and his students then carried out the sketching and painting indoors on five 4-foot-by-10-foot canvases, which were mounted onto wooden panels. The completed 20-by-10 mural has been installed on the second floor of the Arts Building near the Main Gallery. 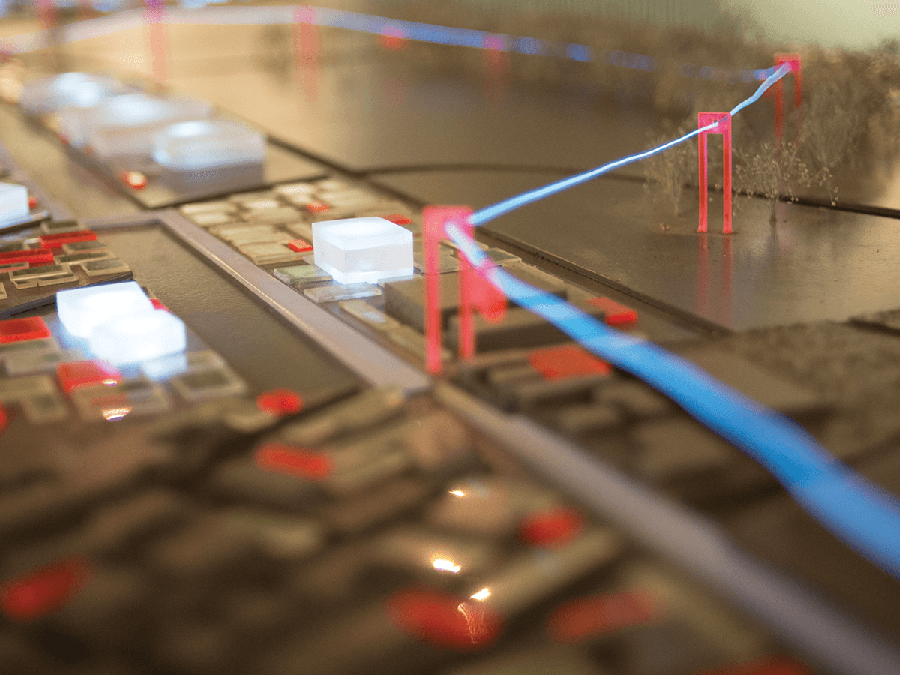 Architecture professor Antonio Petrov and a group of his students have created a plan—and this 50-foot-long model—that envisions a makeover of Broadway Avenue. Stretching 8.6 miles from its culturally active source downtown to beyond San Antonio International Airport, Broadway is flanked by 60 percent parking, 58 percent consumer, and only 1 percent public space. The plan, “1,000 Parks and a Line in the Sky,” proposes repurposing 1,000 unused spaces along the corridor for public gatherings and R&R with new modes of transport, including an elevated service, much like the Brackenridge Park Sky Ride, which launched in 1964. Details of the plan and the model are on public display through April at the UTSA Institute of Texan Cultures. 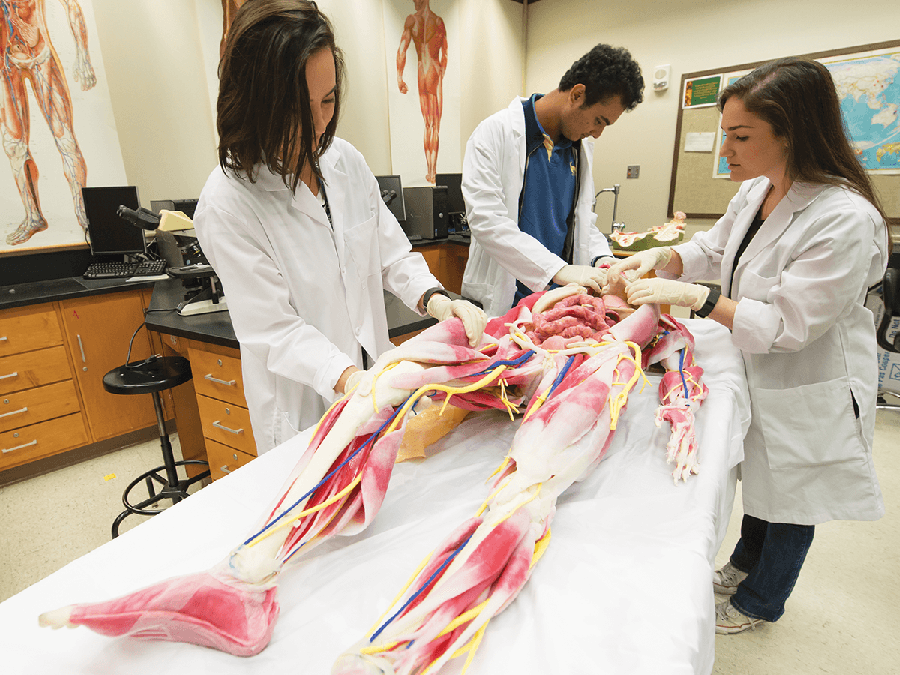 Students Marisol Esqueda, Shalin Parikh, and Natalie Johary examine a SynDaver synthetic human body. This is one of six SynDavers acquired by the College of Sciences that students enrolled in human anatomy and physiology labs have access to, beginning this semester, to aid in identifying anatomical structures and better understanding their relationship within the human body. Each SynDaver, which must be stored in antifungal solution for preservation, has complete representations of human bones, joints, muscles, organs, and tendons as well as the major nervous system and vascular components.