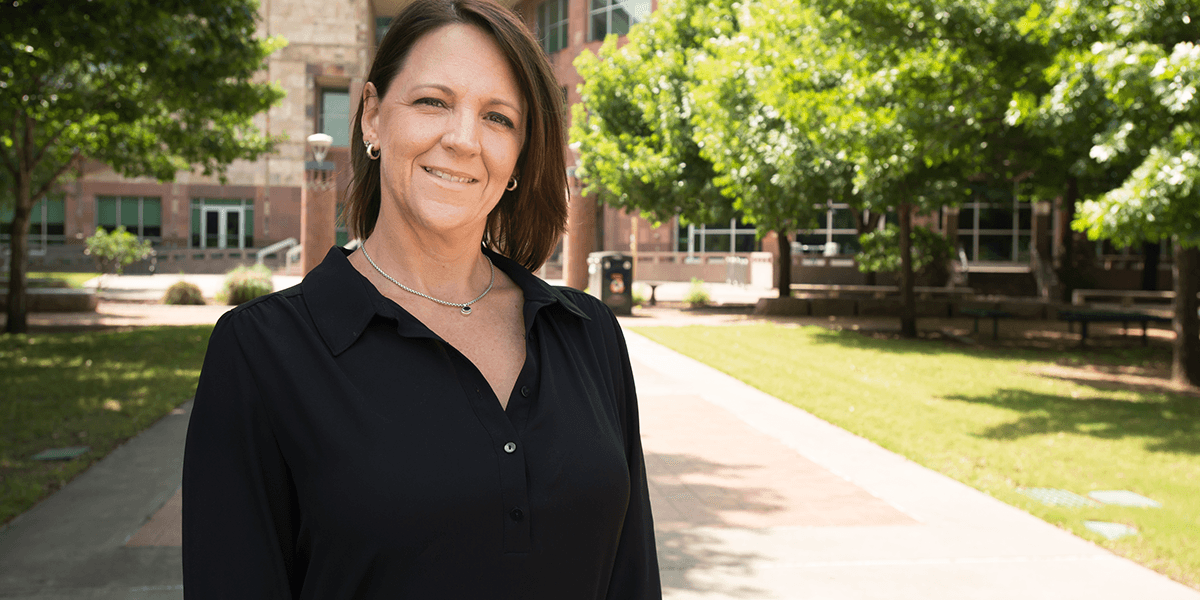 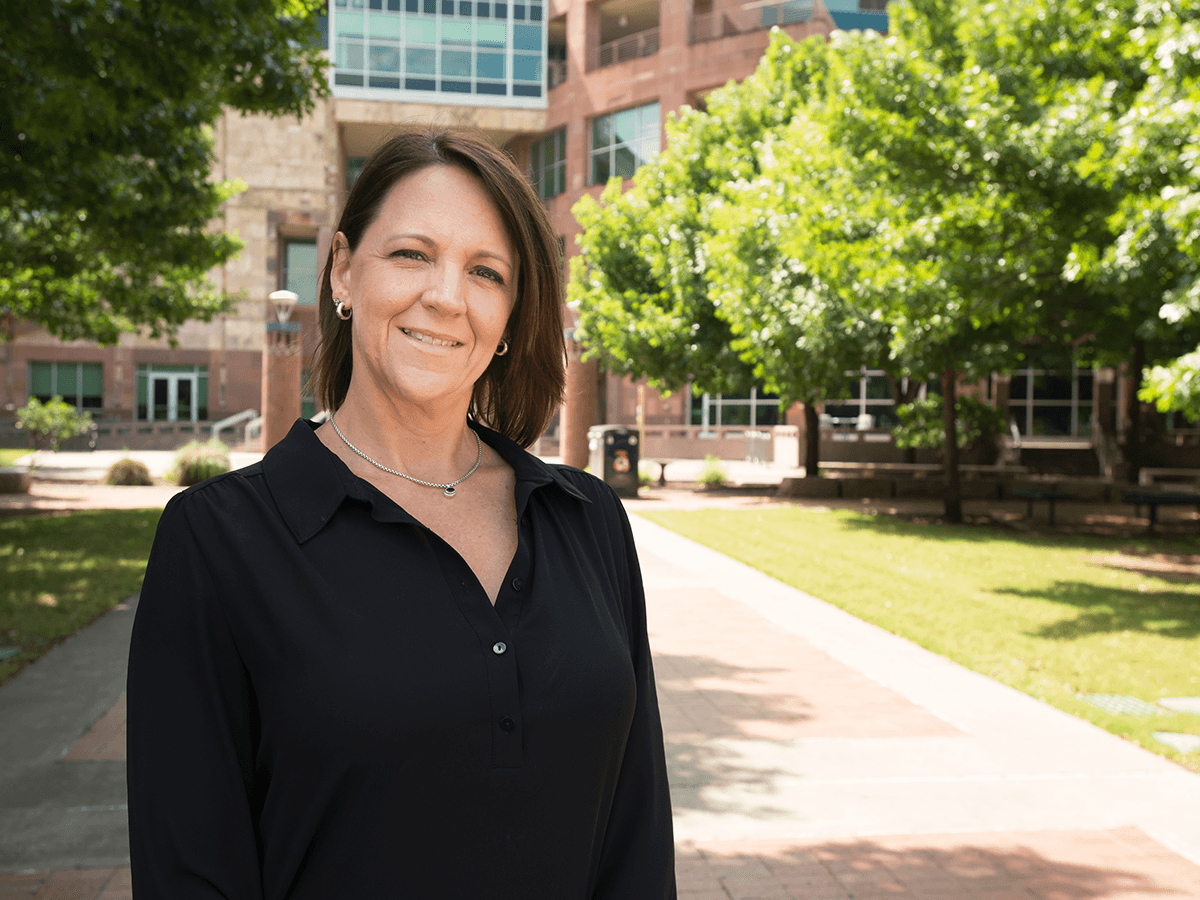 Whether it’s the so-called bathroom bill in Texas or the federal funding fight over charter schools and public schools, the politicization of education won’t end any time soon. To help parse what ultimately helps or what hurts, UTSA professor and educational psychologist Sharon Nichols has been researching how political policies affect students, teachers, and schools.

Nichols’ book, Education Policies and Youth in the 21st Century: Problems, Potential and Progress, brings together essays on headline-grabbing topics about marginalized youth.

Nichols talked with Sombrilla Magazine about her research, and her book.

First, exactly what is educational psychology?

Educational psychology focuses on the psychological processes in the education context, so, for example, learning, motivation, and development. I am interested in looking at how individual students navigate those processes but also as communities. For example, how do classrooms function, those sorts of topics.

How did you get into studying policy as well?

I actually got a post-doc with Dr. David Berliner who at the time was doing policy research. Educational psychology as a field doesn’t center on education policy per se, but I applied what I learned from the field to start looking at how policy informs all of the systems, districts, schools, classrooms and the relationship between teachers and students.

So for a year, post-doc, around the early 2000s when No Child Left Behind first started, we were working on projects trying to understand how certain features of the law were impacting learners. That was the first step, if you will, in my trajectory. Then I moved here to UTSA and continued that work. As No Child Left Behind progressed, I continued to look at how policy impacts learners. During graduate school, I really focused more on student variables such as motivation and development. However, post graduate school I focused on national education policies and their influence and effect. For most of my career, these paths mostly ran parallel to one another. But, in recent years, I have been working more strategically and purposefully on merging the two.

And you’ve said your new book is a way to try to merge those two, right?

Yes. It’s trying to further the connection between policies that tend to get created on this macro, adult-centered world and how it impacts the kids affected by it. But trying to make that connection is hard because there are layers in between. You have a federal policy, you make a state policy, districts have their way of interpreting it, and schools have their way of interpreting it—and how does that ultimately affect students and teachers in a single classroom.

How does the book tackle that?

Multicultural education is a big buzzword, but what is different about this book is it comes at it from a policy point of view. It’s not just “be sensitive when you see a kid who is different from you.” For example, look at language policies. They vary from state to state. To some degree I’m thinking it’s a bit of a disservice for a teacher in state A, who can’t speak any other language, to not understand other states have bilingual education, which is a benefit to students. So why not be an advocate when you understand not only is bilingual education possible and not only is it being done somewhere else but it’s also the right thing to do, because here’s what we know about how it impacts language development and why it’s good for kids.

Perhaps. The goal is to expose teachers and concerned citizens and policymakers to the diverse policies that guide education and the ways different types of students may experience them. The book only scratches the surface of possible topics that could be addressed. However of those that are included, an important perspective rooted in data is offered. For example, one chapter forcuses on LGBTQ student population. The chapter offers invaluable insight into what we know about that population, what they need from their schools, and what the data say are important to make sure they’re mentally healthy to protect them from bullying. The goal is to give a perspective where there might not have been one, or a consideration of what is going on, what does it look like? I hope to offer to teachers insight as to the ways policies guide their profession. After all, teachers should be at the front of the line arguing and pushing back against nonsensical things that restrict opportunities for them and their students.

How did you narrow the subjects to create the chapters in the book?

My impetus was two-fold. How does policy impact students generally? That came from my encounters with teachers whose work is so encumbered they don’t get a chance to think of how policy is affecting them. They may have ESL students, they may have LGBTQ students, and they might be told by an administrator that “you have to do X but not Y.”

I’m bothered by that lack of broader perspective about what is possible about how policies might impact your practice.

The other impetus is looking at how 80 percent of our teachers are white females but our youth are diversifying rapidly. And so schools of education are making more and more concerted efforts to acknowledge this, but I think we have far to go to educate teachers on ways of understanding or having perspective on diversities that are becoming more prevalent in their classrooms.

Do you think the public realizes how diverse schools already are?

Probably not. Because diversity is not just race, gender, and class. Diversity is disposition, motivation, and affect. It’s coping skills. It’s familial characteristics. We talk about diversity, but I don’t think there is a true generalized sensitivity to it. Schools are becoming more and more largely segregated, especially if you are talking specifically about race. We see schools where 80 to 90 percent of students are of one group. And people say, well, if 80 percent of students are black, that’s diversity. But it’s not. That’s one group. So there is a sense of “this is my community; this is what I know.” It’s dependent on where we live, in part, but as a collective, certainly now with this narrative going on politically, this hostile, hostile, narrative that’s going on, I think our ability to understand that and be sensitive to difference, well, I don’t know where that’s going.

Why has education become so politicized?

For decades education has been an easy platform for politicians to use to get elected because it’s easy to say “I care about kids” and “I’m going to do X, Y, Z with education.” Commensurately, there’s been an ongoing effort by media and by politicians to blame schools when everything goes wrong. It started in the 1950s. Russia beat us into space so that must have been our schools’ fault. When the economy collapses, it becomes, “We have to teach our kids better!” When things are going well we never say, “Hey! Schools are doing well!” But we blame schools when things aren’t going well. And that kind of rhetoric has only increased over the decades. As a result, it’s been used to justify a position of external control and externally imposed reform.

And now school bathrooms are politicized as well. What does research say about how a policy like the bathroom bill could affect students?

Research underscores the importance and value of belonging, identity exploration and expression, autonomy, and self-directedness for achieving academic, social, and mental health. Texas’ Senate Bill 6 is an ill-informed bill disguised and promoted as legislation that will keep students “safe.” Proponents who argue the bill will keep men out of women’s bathrooms and, therefore, will keep them from attacking girls or women are ignoring two critical facts. First, any individual who enters any bathroom with the intent to carry out an attack will be prosecuted. It already is illegal. Second, this discriminatory bill specifically targets a population of individuals whose struggles and experiences are blatantly ignored. Being transgender means someone identifies with a gender other than the one they were assigned at birth. Males or females who believe they are born in the wrong body assert their gender expression for the purposes of identity cohesion, not as a show to get away with something. This bill undermines the real, authentic, and lived experiences of transgender individuals who want nothing more than to express their identities to help them achieve psychological, social, and emotional cohesion and satisfaction. This bill has nothing to do with safety and will not promote safety for anyone. It has everything to do with intolerance, hatred, and discrimination.

In a politicized environment how can people help teachers and students?

What helps a teacher or what helps a principal is fighting for those policies that are productive for students. I know the Fort Worth Independent School District involved all of the players and they came out with a bathroom policy that everyone could live with. So that’s what it takes. It takes the community coming together.

You have now coauthored two books and edited another. Where do you want to go from here?

I’m looking at teacher attitudes and identities as they relates to tests and testing. I have a big data set that looks at teacher satisfaction about policy. So my focus moving forward continues to look at how policies impact teacher practice and how they relate to their students. But I also plan to continue to look at creative ways to study the intersection of educational policy and educational practice and outcomes. This means crafting research that allows me to consider multiple units of analysis at once (national, state, local, and individual). At the center of all of this is my passion to advocate (based on sound science) for the social, emotional, and academic health and wellbeing of our teachers and our students no matter their station in life. I am driven to conduct research that will inform decision makers about the effects of policies they craft and implement. Through these efforts I hope in some small way, my contributions to any educational debate will help move the needle towards policies that are supportive, constructive, and meaningful rather than marginalizing, dehumanizing, and ineffective.