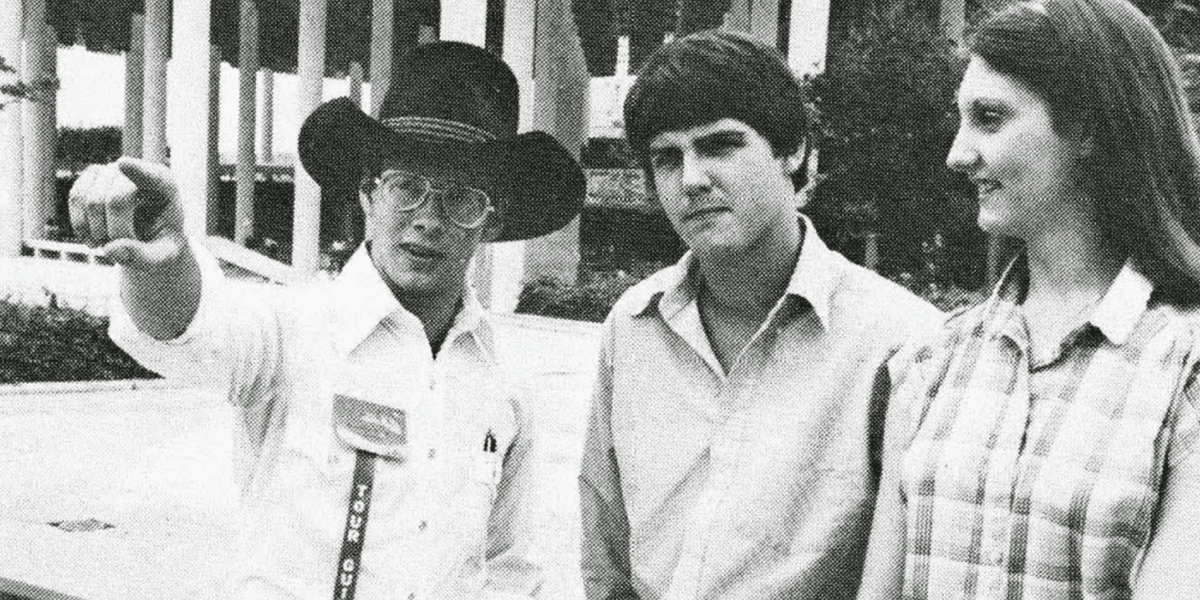 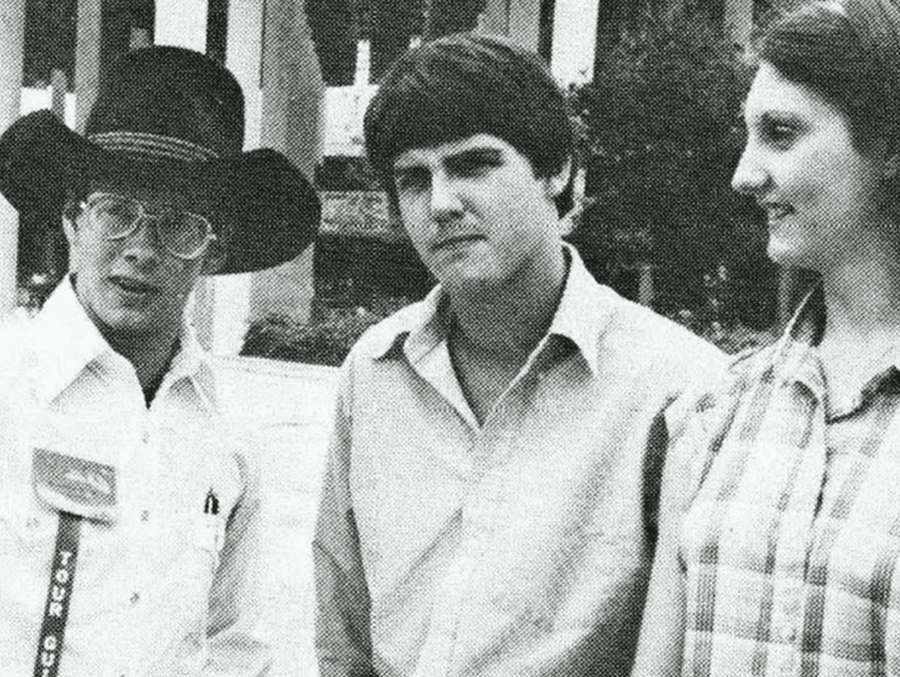 From being a student government president and ROTC corps commander to innovating school spirit, Chris Webb ’83 has left a historic mark on his alma mater

Chris Webb says he feels like he’s the real-life Forrest Gump sometimes. “I’ve always just walked backward into the best things,” he says. It’s tough to disagree with him. No, Webb never became an international Ping-Pong star or invested in “some kinda fruit company” called Apple, but he can weave an endless thread of Gumpian tales.

“If there was something going on, man, the Ootsa Men showed up.”

While he was a second lieutenant in the U.S. Army his first post was in dark, frigid Fairbanks, Alaska; he chose Fairbanks because it was home to the closest military base to the Soviet Union during the Cold War. He later served in public affairs during Desert Storm, briefing four-star generals Colin Powell, Norman Schwarzkopf, and John Shalikashvili. He participated in operations to misdirect Saddam Hussein. He twice received the Meritorious Service Medal. He would go on to join the board of directors for the Burleson Chamber of Commerce in North Texas and even write a spiritual self-help book called The Gittite Way. Yet despite all of those postcollege achievements, Webb’s impact will likely endure longest at his alma mater.

During Webb’s freshman semester in fall 1979, UTSA was relatively isolated and frequented exclusively by commuter students. While the university’s athletics programs were two years away from fruition and students had selected the roadrunner as its mascot in 1977, Webb noticed a significant lack of school spirit on campus. He sought to change that. He recruited pals Matthew Murguia and Don Cork to form the Ootsa Men—a trio that would drape themselves in orange and blue to pump up their peers at events. “If there was something going on, man, the Ootsa Men showed up,” Webb says.

From 1979 through the early ’80s, the Ootsa Men were a huge hit. The group expanded to six members, giving opening speeches at Fiesta events and entertaining fans at basketball games during the inaugural season. “We were writing poems and doing cheers and just having a good old time with it,” Webb says, adding that “I tried to get more people, but it’s hard to get someone to put on blue towels, a cape, and do calisthenics and cartwheels.” The Ootsa Men were so well-established that Webb was invited to join the panel to select UTSA’s first cheerleaders. 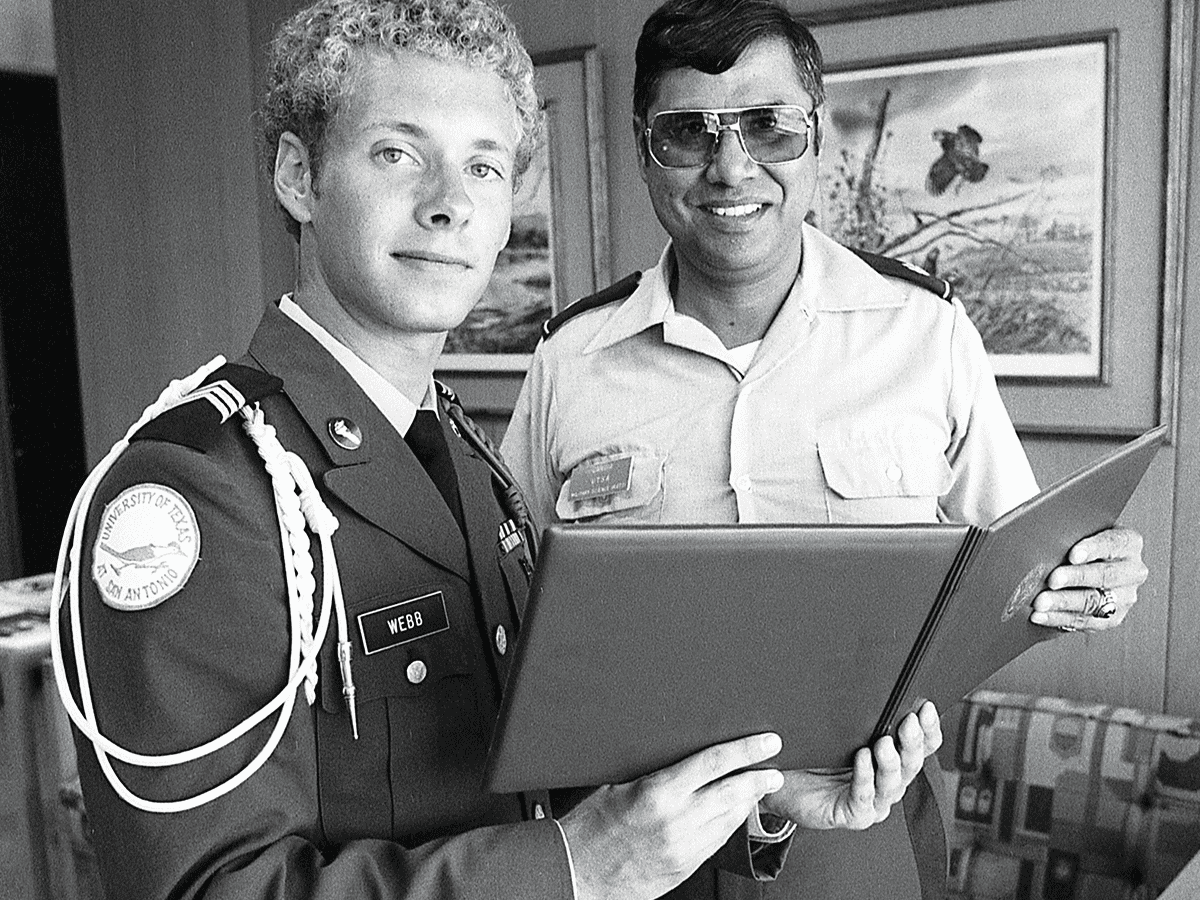 Chris Webb receives a certificate for being UTSA’s first recipient of an Army ROTC scholarship. 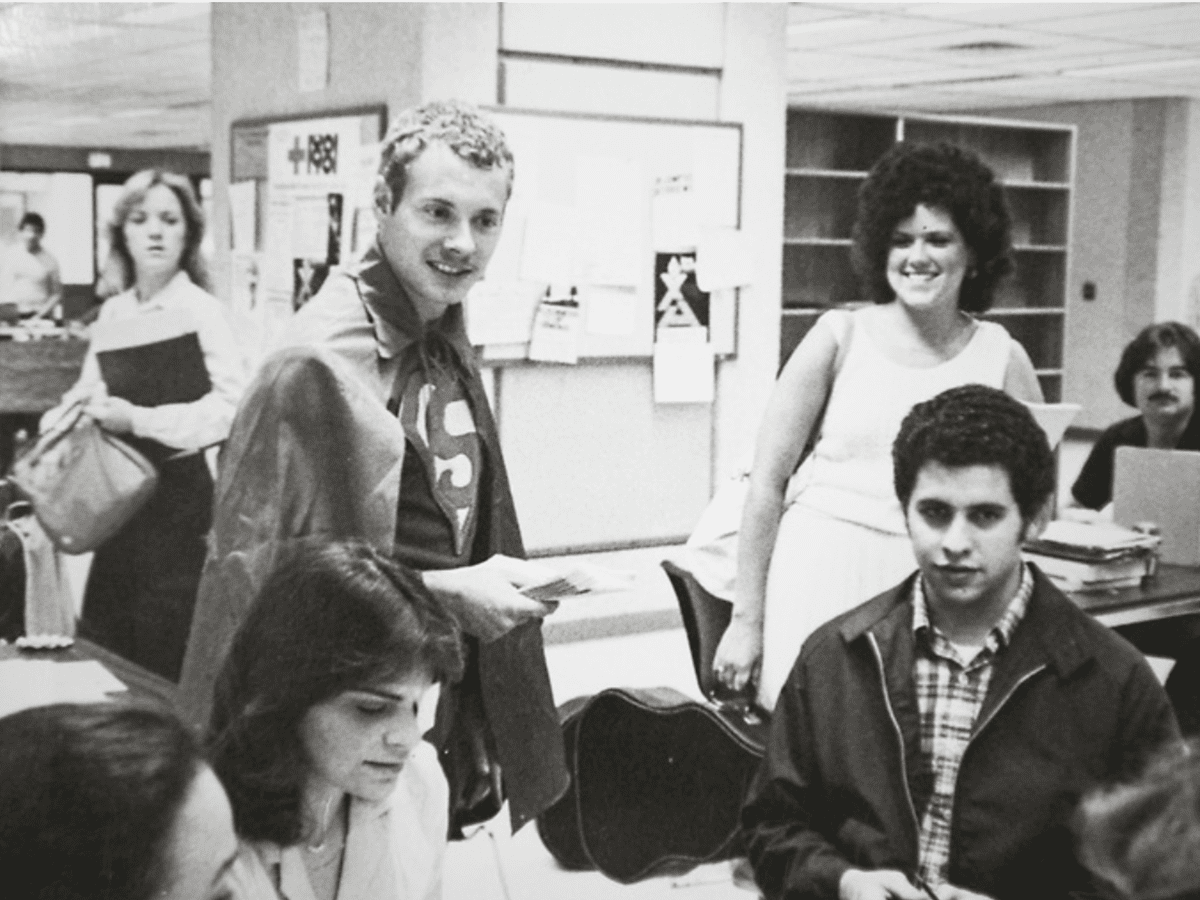 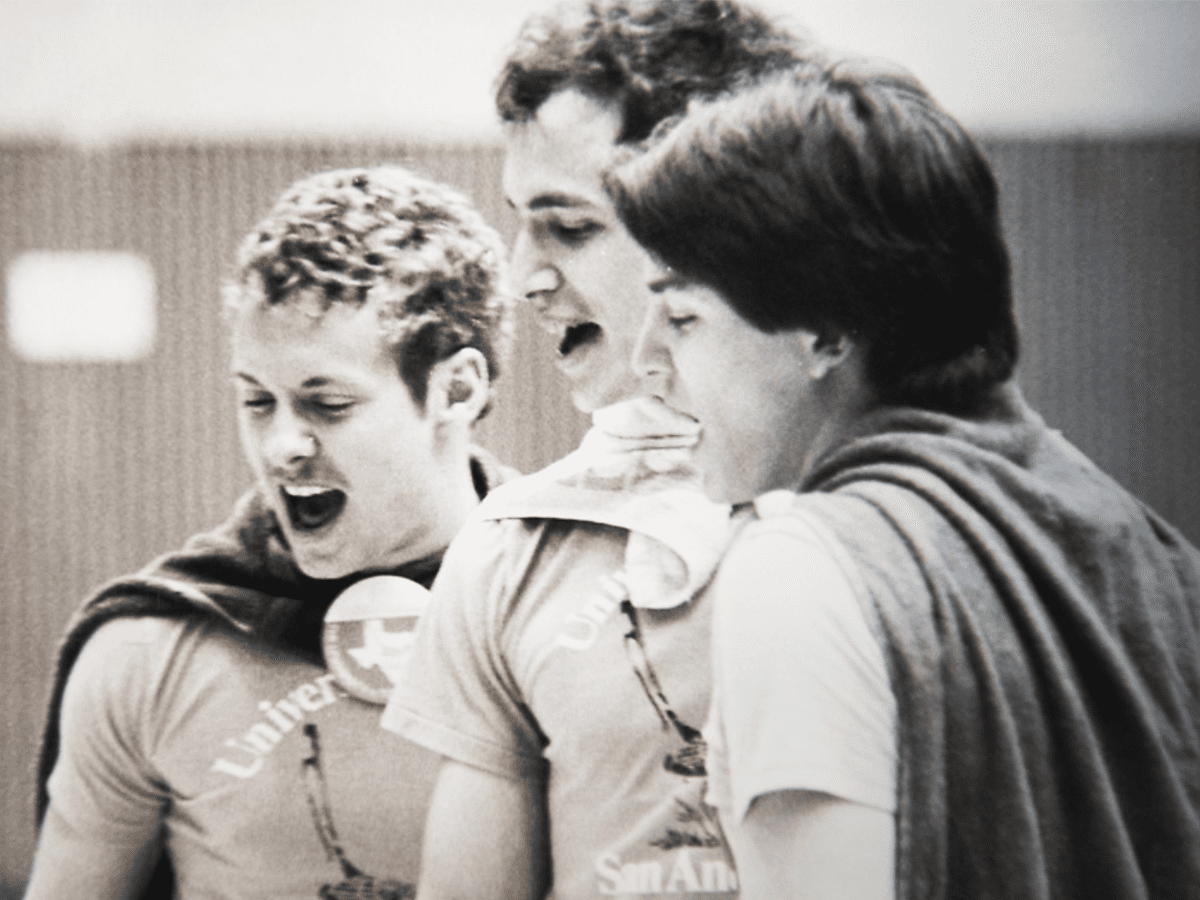 Webb, on the left, sings with other Ootsa Men members to entertain fellow Roadrunners. 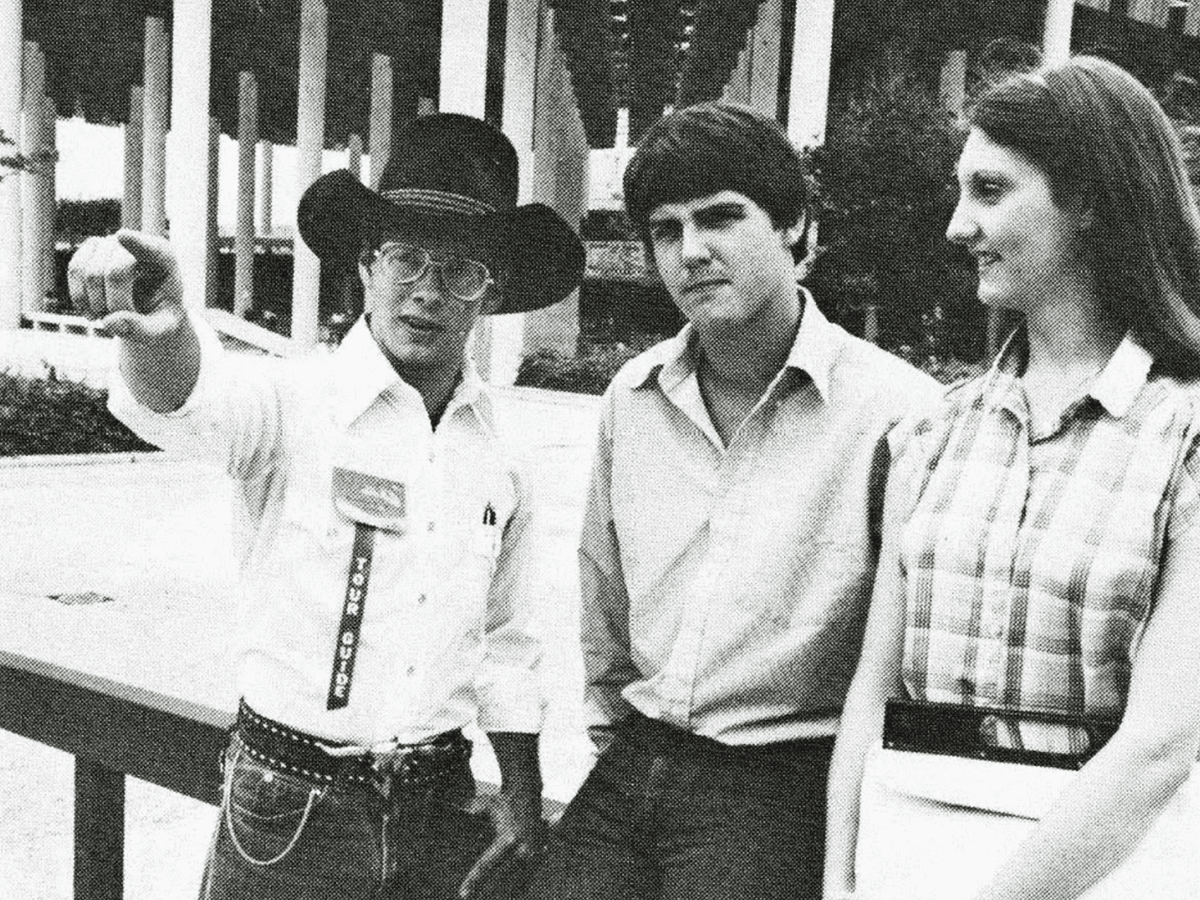 Webb takes on the role of tour guide to show new students around campus. 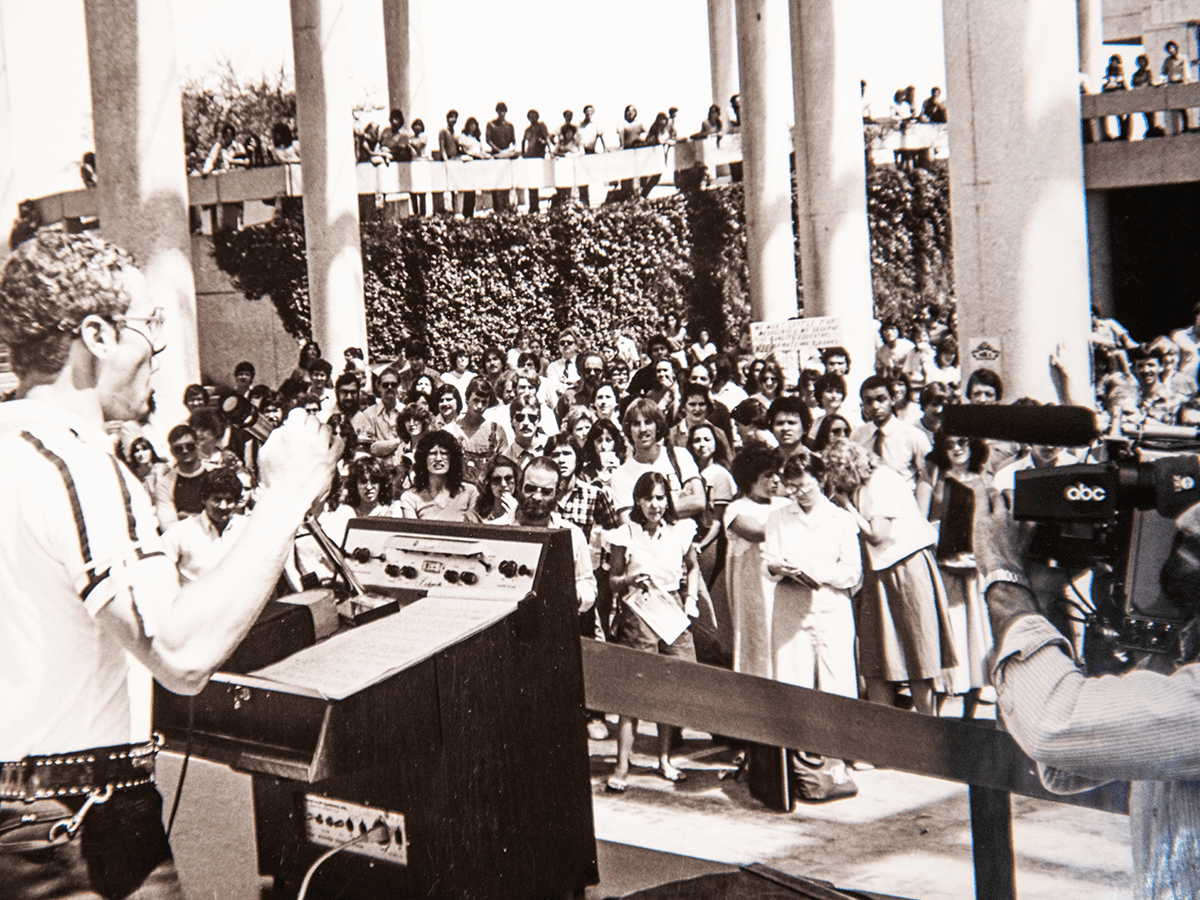 In front of TV news cameras, Webb gives a speech to fellow Roadrunners gathered in Sombrilla Plaza in support of a faculty pay raise.

However, his greatest contribution to UTSA’s school spirit came on a fall day during that first semester in 1979. He and Murguia were hanging out near the walkway between the Humanities Building and Sombrilla Plaza trying to come up with a hand sign that was different from UT Austin’s Hook ’em Horns. That’s when Webb says he extended his thumb and his pinky to mimic a roadrunner’s beak and tail. He says he and Murguia realized that they’d struck gold. The Ootsa Men introduced the hand sign at a few events, and it didn’t take long for “Birds Up!” to become a bona fide tradition. “It was just instant,” Webb says. He says they’d also wiggle their hands when making the sign to make it look like “the roadrunner was running,” but it never caught on.

[Editor’s note: Some ’Runners might recall another story about the genesis of the hand sign. In 2010 Sombrilla Magazine interviewed Charles Guerra ’84 and Eddie Rios ’85, who say it all started with some fraternity brothers who were attending Wurstfest in 1979.]

For his part in founding the Ootsa Men and cultivating the hand sign, Webb was the recipient of the School Spirit Award in 1983. He continues to hang the plaque proudly in his North Texas home. “It’s probably my favorite one,” he says. That’s saying something considering the numerous military and ROTC accolades he’s collected. Webb’s decorated military career began at UTSA, where he was the very first recipient of a scholarship from the university’s Army ROTC Extension Center, in September 1980. At the time students attending military science classes at UTSA were a detachment of the St. Mary’s University Army ROTC program, but the success of cadets like Webb went a long way in UTSA establishing its own program just before his senior year in 1982. To no one’s surprise, Webb was selected as a corps commander.

“My life has unfolded really well, much to my satisfaction. And it all began at UTSA.”

As if the Ootsa Men and the ROTC didn’t keep him busy enough, Webb served on the Student Representative Assembly—now called the Student Government Association—for three years as well. He says he was largely frustrated by his experiences as a sophomore and junior representative because the SRA lacked student interest and didn’t wield much power. He decided to give up the SRA as a senior, but the student body wouldn’t let him. The popular OOTSA Man was an equally popular write-in candidate in fall 1982—so much so that Webb was elected SRA vice president even though he wasn’t listed on the ballot. When President Steve Southers graduated after the fall semester, Webb was elevated to the SRA presidency for the spring 1983 semester. “I’m maybe the only president of the SRA that was never running for office,” he says with a chuckle. “I guess life unfolds the way it’s supposed to even if you try to derail it.”

Between meetings about flag contests and new laminated student ID cards, Webb recalls his shining moment as SRA president. In April 1983 students were vocal and vehement in their support of raising salaries for both tenured and nontenured faculty. It reached a fever pitch during a rally in Sombrilla Plaza that drew the attention of local news outlets, as well as a fairly new national cable network called CNN. Webb channeled his inner Ootsa Man and fired up the crowd with a short but impassioned speech in support of faculty pay raises. Sure enough, he saw his remarks broadcast on CNN that evening while he was playing pool on campus. “I was trying to tell my parents about it. I was on CNN! And they were like, ‘Uh…OK.’” They didn’t have cable, but they were proud of their son nonetheless.

The day after Webb graduated from UTSA he was commissioned as a second lieutenant. The day after that, he was traveling to Fort Benning, Georgia, his last brief stop before Fairbanks. Webb never really had a moment to reflect on his college years at the time, but now that he’s retired, he relishes the legacy he left at UTSA. “My life has unfolded really well,” he says, “much to my satisfaction. And it all began at UTSA.”