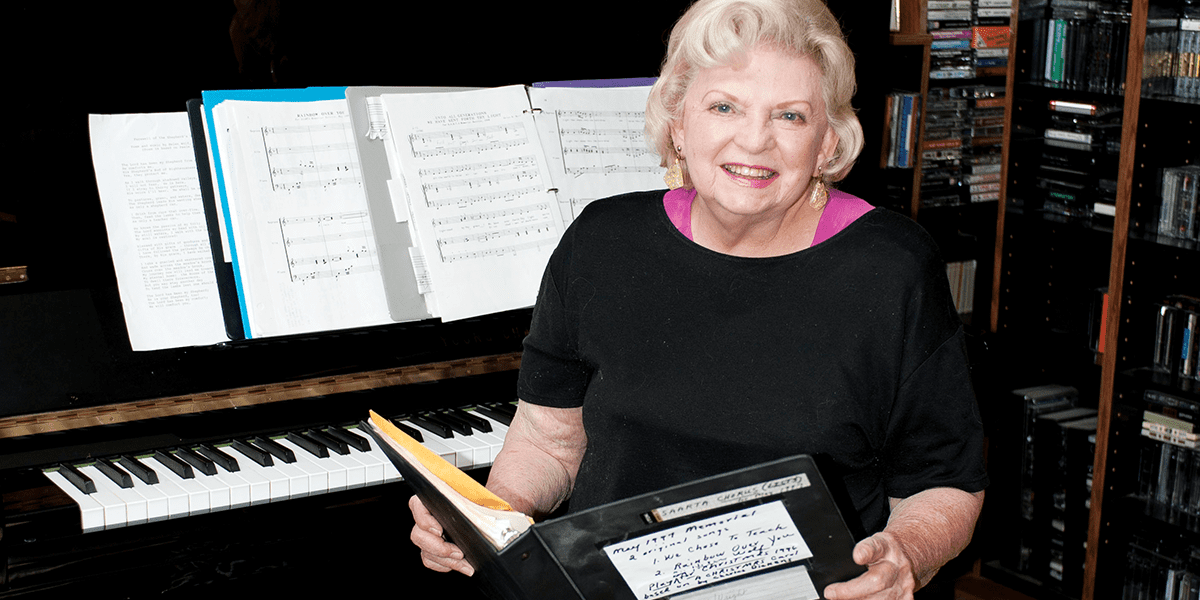 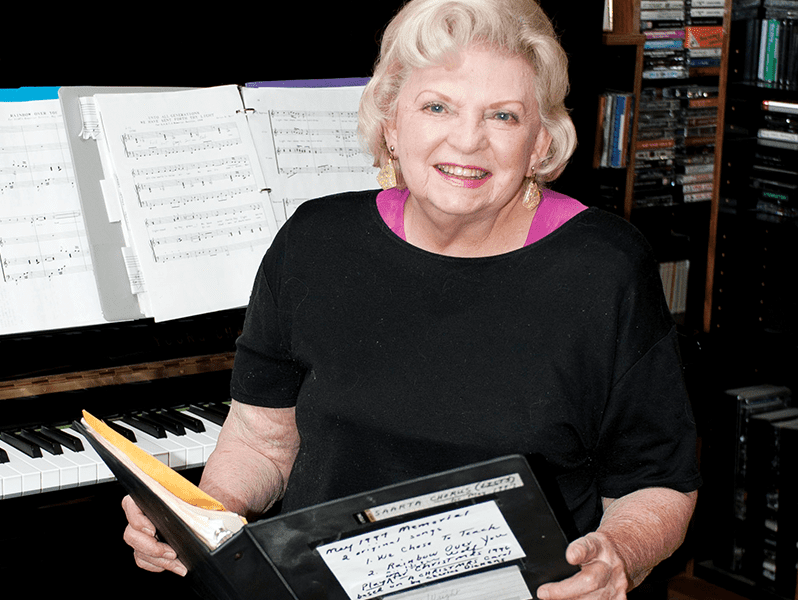 Helen Wolf mastered multitasking before the term existed, directing choirs for six decades while raising a daughter and teaching elementary and high school music. Now 92, she was the first lifetime member of UTSA’s Alumni Association.

“I didn’t get my master’s until the year I turned 50. So it just shows how scholarships can shape a person’s life.”

Wolf’s strong work ethic formed early in life. At 17 she was directing a church choir and teaching seven pupils in a one-room schoolhouse in LaSalle, Ill. By that time she already had worked in an ice cream shop. “We had a potbelly stove to keep us warm,” she recalls of the school.

Wolf’s music education began when she was 10 with piano and voice lessons. Her mother, a single parent, paid for her two daughters’ lessons by laundering shirts. “My mother never knew I went back to college,” she says. “She never knew that, but it was her sacrifices that made that possible.”

At 18, Wolf married an Army private who had seen her picture in a newspaper while stationed in the Aleutian Islands. They corresponded, visited, wed, and moved to New Orleans and eventually to San Antonio. When Wolf was offered the job of choir director at her church, Highland Terrace Methodist Church on the city’s South Side, she hesitated. “I said, ‘No, I am not going to be your choir director. I have not had theory or harmony,’” she recalls. “When I was a little girl my teacher would teach only the boys [theory and harmony] on Saturday. And I felt bad about that all my life. I told my husband, ‘If I could use that salary to get a course in theory and harmony, I’ll take that job.’ He said an education is the best insurance policy you can buy.”

So she took the job but also enrolled at San Antonio Junior College, as San Antonio College was then called, and then at Our Lady of the Lake University. In seven years she had earned a bachelor’s degree in music education. Along the way, Wolf taught elementary, junior high, and high school music. “I did not get the degree to teach,” she says. “I got the degree to be a better choir director. But then when UTSA came here, I got the graduate degree to be a better teacher.”

It took Wolf five years to earn her master of education from UTSA in 1977 because she took classes during her summer breaks from teaching elementary school music.

After her first marriage ended, she married the manager of the Municipal Auditorium, Solomon Wolf. She met him while taking her high school chorus to the storied venue.

Wolf taught for 26 years in the San Antonio Independent School District while continuing to direct choirs at local churches. She threw herself into all aspects of the programs she and her students put on, from writing lyrics and playing the piano to sewing costumes when necessary. She retired from SAISD in 1982.

Yet Wolf’s full schedule continued. In 1991, when her husband died, Wolf soon took up ballroom and round dancing. She was 65. She kept on dancing for 19 years, stopping only after a stroke.

Wolf’s sister achieved professional success in nursing, she says, but also had to wait to pursue her college degree.

“It’s too bad we had to go through all of this,” Wolf says of their delayed education. “We could have probably contributed more. But I tell you I couldn’t have worked harder.”