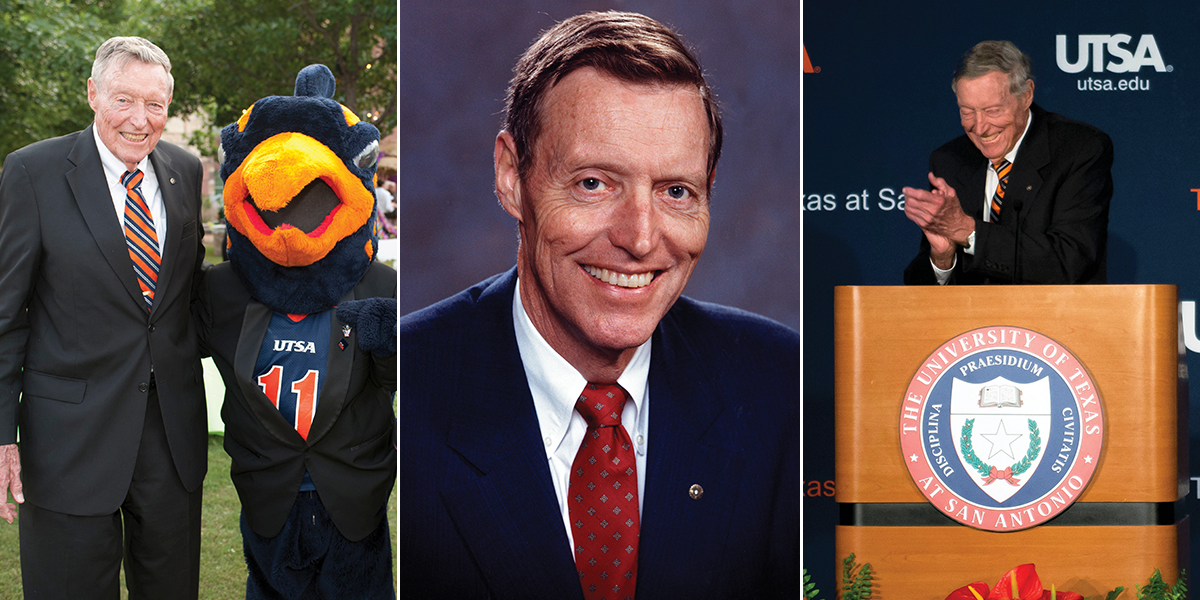 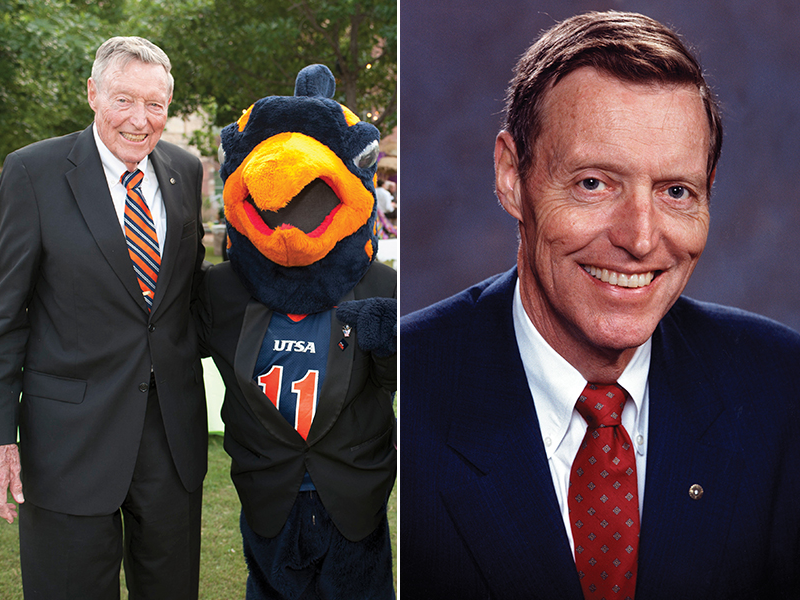 UTSA lost a good friend with the passing on August 10 of Tom C. Frost Jr., a renowned business leader, philanthropist, and passionate advocate of the university.

“Tom Frost made a lasting impact on San Antonio that will continue to be felt across our city for decades to come,” says President Taylor Eighmy. “I am grateful for his loyal support of UTSA, and for his sincere interest in seeing our university excel for the benefit of the city. His leadership, vision, and passion for his work were remarkable—he was an inspiration to me and so many others.”

“Tom Frost made a lasting impact on San Antonio that will continue to be felt across our city for decades to come. I am grateful for his loyal support of UTSA, and for his sincere interest in seeing our university excel for the benefit of the city.”

Frost’s belief in education as a catalyst to success was evident through his years of support of UTSA. His many notable contributions to the university included chairing the Development Board and serving as a leadership committee member for the university’s first capital campaign, which concluded in 2016 with more than $202 million raised to support scholarly efforts.

In 2013, Frost, along with Frost Bank, established a $1 million fund for the Frost Chair in Finance in the UTSA College of Business. The chair supports faculty excellence in research and teaching to develop the next generation of leaders in the financial industry.

In 2010, Frost and his wife, Pat, provided a $300,000 gift to support UTSA’s Generating Educational Excellence in Mathematics and Science program, which recruits and prepares science and math majors to become educators. The gift brought Frost’s overall commitment to the program to more than $1 million.

Since 1998, Frost Bank has partnered with the UTSA College of Business to host the Frost Distinguished Lecture Series. During its 30-year history, the lecture series has featured prominent business and community leaders who share their knowledge and experience with students.

“Tom Frost was a visionary who believed passionately in San Antonio, and he challenged all of us to be the best we can be,” said UTSA Vice President for External Relations Marjie French. “He stood with UTSA from the very beginning and was instrumental in helping to set the course of success we are on today. He was so dedicated to others and to the power of education to improve lives. He was the real deal.”

In recognition of his unwavering commitment, Frost was named an honorary life member of the UTSA Alumni Association and was the first non-UTSA alumnus to receive the Distinguished Service Award from the association.