Michael Bernard, B.A. in political science, has joined the business litigation practice group in the San Antonio office of Dykema Cox Smith. Bernard previously practiced in the San Antonio office of Bracewell LLP, and prior to that was San Antonio’s city attorney from 2005 to 2013. During his time with the city, Bernard served as the chief legal adviser to the city council, city management, and all other departments. He also, during his 30-year career, worked as the first assistant in the district attorney’s office. Bernard’s practice will focus on commercial and labor litigation as well as public law.

Hector Saldaña, B.A. in sociology, has been named curator of the newly created Texas Music Collection in Texas State University’s Whitliff Collections. Saldaña spent more than 20 years writing about a range of subjects while a reporter at the San Antonio Express-News. He is a leading expert on San Antonio’s conjunto, Tex-Mex, Chicano rock ’n’ soul, and West Side sound. He also is the founder and songwriter for The Krayolas, which have been featured in Texas Monthly, Pollstar, Billboard, the Los Angeles Times, The Washington Post, The Village Voice, and on NPR’s “All Things Considered” and Sirius XM’s “Little Steven’s Underground Garage” and “Kick Out the Jams with Dave Marsh” radio programs and on MTV. 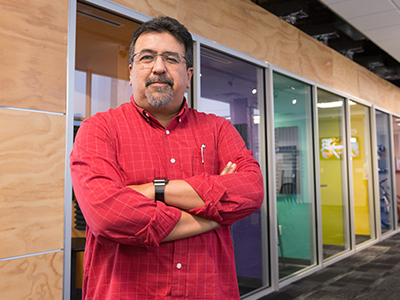 David Garcia, B.B.A. in management ’93, has been named CEO of Geekdom. Garcia had worked as the chief operating officer of the organization since July 2016. In the late 1990s he was a branch manager at Gateway in San Antonio and worked as a senior manager for a local Apple Inc. retail location.

William Burmeister, B.S. in civil engineering, joins Vickrey & Associates as vice president in charge of hydrology and hydraulics. He is a licensed professional engineer in Texas and Florida. He has more than 20 years of experience in water resources program and project management, land development, and municipal engineering design.

Edward Ashley, B.S. in kinesiology, has been named principal of Boerne’s Samuel V. Champion High School. He was the school’s academic dean since 2012. 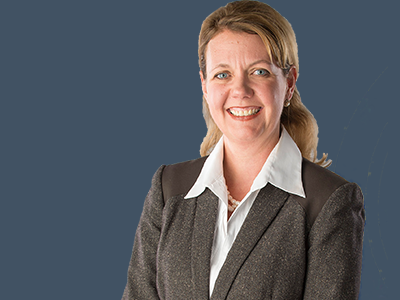 Arthur “A.J.” Rodriguez, B.B.A. in management, M.B.A. in business ’00, has been elected board chair for the Texas Association of Business, where he’s been on the board of directors since 2015. He is the first Hispanic individual to serve as board chair in the organization’s 96-year history. Previously, he served as a member of the board’s executive committee and has chaired its finance and investment committee. Rodriguez, who is also a member of UTSA’s development board and is the chair of the College of Public Policy’s advisory council, is the vice president for external affairs at Zachry Group, a San Antonio–based construction and engineering services firm. He also oversees the construction giant’s community involvement and philanthropic efforts. Rodriguez has previously served as San Antonio deputy city manager and as president of the San Antonio Hispanic Chamber of Commerce.

Dana Bashara, M.A. in education, who is assistant superintendent for elementary education with the Alamo Heights Independent School District has been recognized in the San Antonio Business Journal’s Women’s Leadership Awards.

Tiffanie S. Clausewitz, M.P.A. in public administration, was named one of the recipients of the San Antonio Business Journal’s 2017 Outstanding Lawyers Awards. She is a partner at the Rosenblatt Law Firm.

J. Ryan Parker, B.B.A. in finance, has been appointed the San Antonio CEO at BBVA Compass. He will lead commercial banking and small business operations for BBVA Compass’ local global wealth team and will manage a local advisory board.

The Borderlands Research Institute at Sul Ross State University has appointed Ryan Luna, M.S. in biology, to the newly created Kelly R. Thompson Professorship in Quail Research. Prior to receiving his master’s from UTSA and Ph.D. from Texas State University, Luna worked as a game warden for the New Mexico Department of Game and Fish. 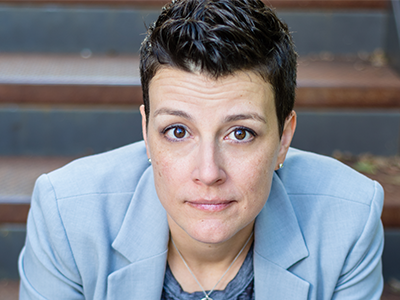 Robert Anguiano, B.B.A. in real estate finance and development, has been named a vice president at Vickrey & Associates. Anguiano has more than 17 years’ experience in transportation, transit, airport, drainage, utilities, power delivery, and land development. His expertise includes mobile and aerial LiDAR and 3D mapping. He will oversee survey operations of the land surveying and geospatial division.

Carl Myers, B.A. in communication, has made the move to Los Angeles after being hired to take charge of the Los Angeles Zoo and Botanical Garden social media channel. The zoo opened on November 28, 1966, and is home to more than 1,100 mammals, birds, amphibians, and reptiles, representing more than 250 different species, of which 29 are endangered. The zoo’s botanical collection comprises several planted gardens and over 800 different plant species with over 7,400 individual plants.

Alexandra Frey, B.B.A. in finance, has been named executive director of the 80/20 Foundation. She was promoted from her role as operations manager, a position she held since August 2016.

We want to know what you've been up to lately. New jobs, relocations, accomplishments, marriages—whatever your news, share it with friends and classmates.

Or write to: Office of Alumni Programs
One UTSA Circle
San Antonio, TX 78249