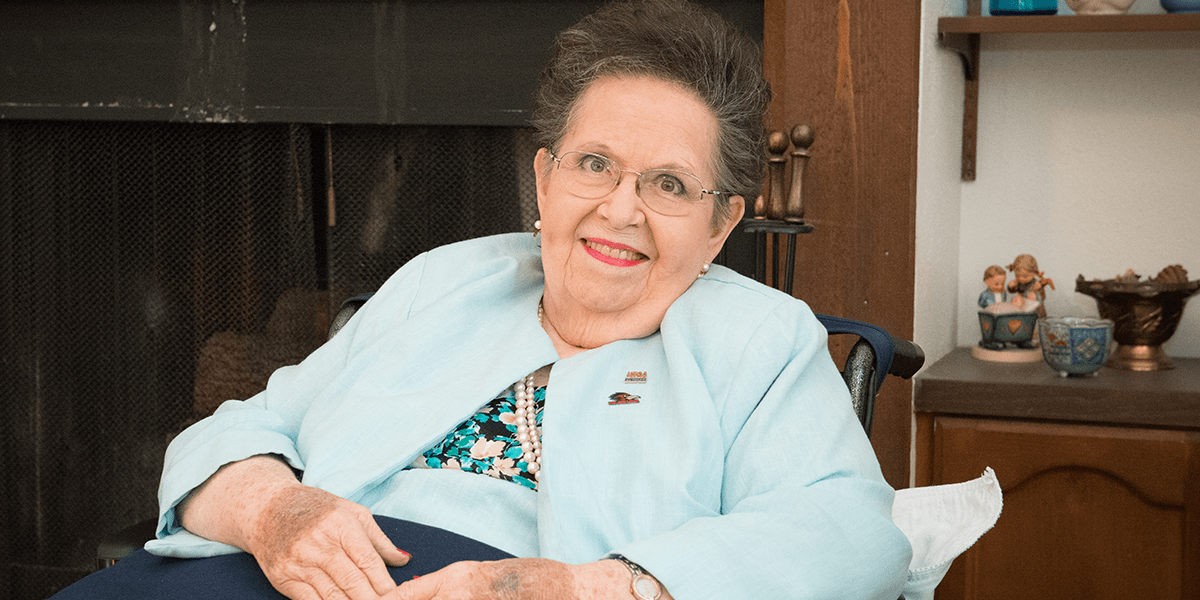 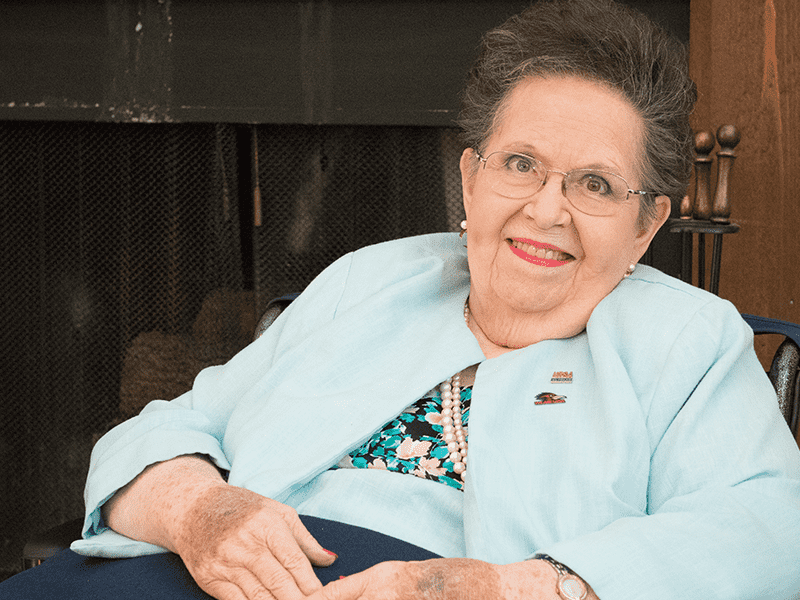 Inside the Denman Room of the Student Union, a line of people stretched from one end to the other, all waiting to get a few moments with the woman of honor: Pat Graham.

With Graham retiring after 43 years, the event celebrated her dedication to the university and its students. Current and former UTSA Ambassadors gathered with Graham’s family, friends, and colleagues to say farewell.

“I expected [UTSA] to grow but just not as quickly as it did. We hoped it would. As you bring in different faculty and degrees it grows, and it’s changing all of the time.”

UTSA neuroscience professor Nicole Wicha ’93, a former ambassador, reminisced about a trip to Atlanta and how she had talked Graham into letting her visit a friend. Unfortunately, she got stuck in traffic on the way back to meet the group and nearly missed the return flight. “This was before cell phones. I sprinted through the airport and when I boarded everyone on the plane cheered because Dr. Graham got them to hold the plane for me.”

Graham explained later, with a laugh, “That was when you could go up near the cockpit, and I went right up there and said, ‘You have to wait; she’ll be here.’”

The Ambassadors program is one of Graham’s greatest legacies, starting in 1988 and continuing today with a group of 60 or more student leaders. The ambassadors act as hosts at campus events, university-sponsored conferences, and community and alumni functions.

Graham began her career at the university in 1974—before Main Campus was built—signing on as the associate dean of students and director of the testing center. Even back then she paid no attention to the chorus of criticism that said the planned university was going to be too far away from San Antonio. “I expected it to grow but just not as quickly as it did. We hoped it would. As you bring in different faculty and degrees, it grows, and it’s changing all the time.”

Graham saw the need for the Ambassadors as students began seeking out opportunities to get involved. The first group didn’t live on campus (there were no options for that yet) but wanted a college experience filled with volunteering and ways to make a difference. And those moving to San Antonio wanted cohesiveness with other students. Now, the program provides more than 8,000 service hours a year to the university community.

Working with students for so many years has taught Graham the best way to offer support. “Don’t preach,” she says. “There’s nothing worse. To me the best thing is to say, ‘Why are you doing that?’ If you start by saying what they are doing won’t work, they are out of there. But if you think, Well, maybe there’s something I’m not seeing, it can be really significant.”

She also created the Pat Graham Scholarship Fund as a way to continue helping students.

The legacy Graham wants to leave is not just the scholarship or the Ambassadors program but the feeling of belonging and continued tradition. When she’s asked students what they like about UTSA, they’ll often say that they feel like faculty and staff care, that they want them to succeed. And for Graham, “That is, I think, the nicest thing I’ve ever heard.”