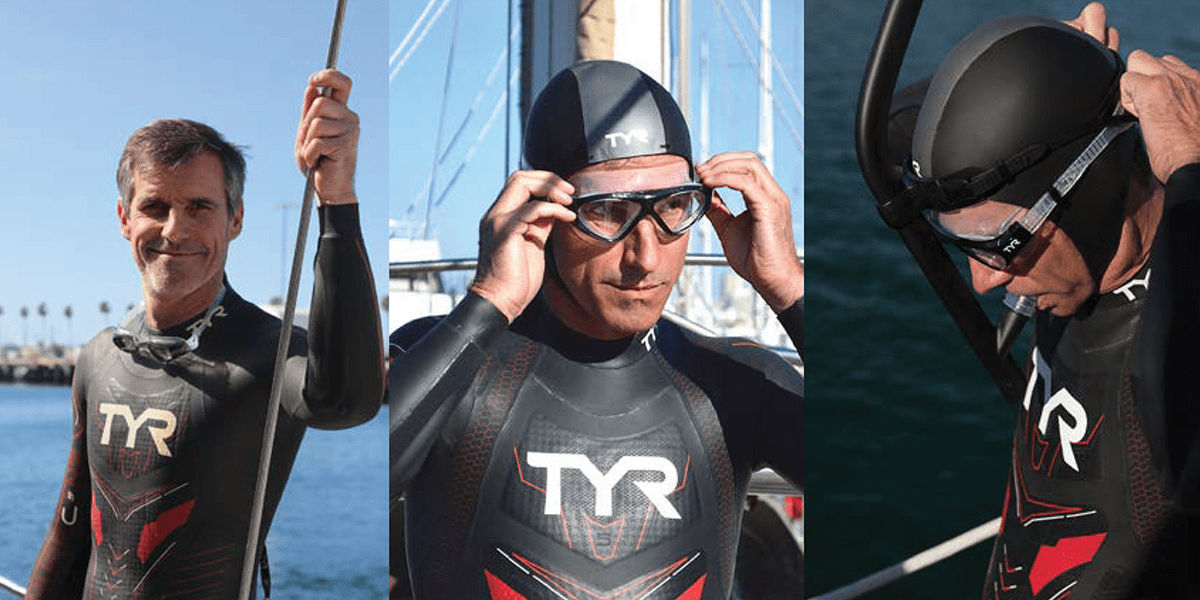 Runners on the Move 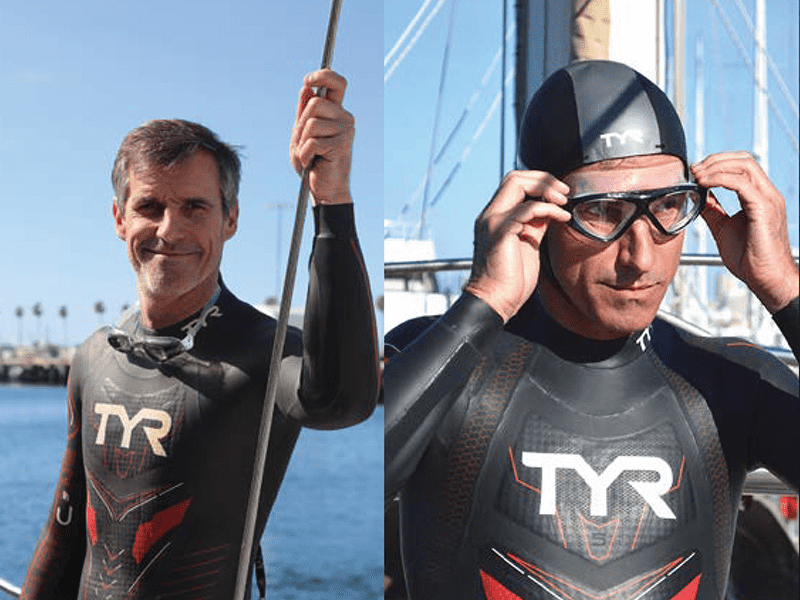 Undertaking a swim from Japan to California, Benoit Lecomte ’95 hopes to increase awareness of ocean pollution

Even with six years of planning, Benoit Lecomte and his team knew there was much they would not be able to control after they embarked on his attempt at a world-record–setting, 5,500-mile swim across the Pacific Ocean. Just 25 miles off the coast of Japan, his starting mark, Lecomte hit his first big challenge—a potential typhoon. The weather eventually calmed, though, so he could continue.

Lecomte, who at press time was still on course from Japan to San Francisco on a swimming schedule of eight hours a day, every day, for six to eight months, has a goal to raise awareness for ocean conservation. His planned path should take him straight through the Great Pacific Garbage Patch, a mass of floating plastic waste. He’s also become a human science experiment. He will be studied to determine the effects of extreme exercise on the heart and how low-gravity conditions from being in the water for hours at a time affect bone density, posture, and vision.

“Life is a big adventure. And not only do I hope to be an inspiration for others, but I also draw inspiration by seeing the struggles others are able to overcome.”

A team of researchers from several scientific institutions, including NASA and Woods Hole Oceanographic Institution, will conduct studies in eight different areas, according to the expedition’s website, The Longest Swim. “From plastics pollution to space exploration,” the site states, “this adventure will be a unique opportunity to collect data and learn more about the oceans and human body in extreme conditions.”

To prepare for the Pacific Ocean expedition, Lecomte swam six hours a day in open water, ran, and cycled. He also completed a 37-hour swimming marathon. Keeping himself hydrated and fueled for such rigorous conditions means ingesting up to 8,000 calories a day, which includes stopping at regular intervals for liquid meals aboard the sailboat Discoverer, which will shadow Lecomte throughout his swim for his safety and to collect the data to be evaluated. He’s also writing blog posts each day so that followers can check in on his progress. And tense moments, like on Day 1: “In the fifth hour [we got a call from the support team] to let us know that they had spotted a five-foot-long shark. They were sending out medic Maks on a kayak to bring the shark-protection device. Before Maks got to us I saw a three-foot shark swimming right below me in the opposite direction. I stopped to look around but couldn’t see anything. I had limited visibility. Paul and Ty asked if I wanted to get out of the water, but I decided it was safe to continue swimming, so I just did.”

Lecomte is no stranger to pushing himself to new limits. In 1998, just three years after graduating from UTSA’s College of Business, the French native swam across the Atlantic Ocean to raise awareness for cancer research in honor of his father, who died of cancer in 1991 at age 49.

In an interview with UTSA Today in 2012, Lecomte said it was his parents who pushed him to explore and learn about other cultures. They supported him when he decided to attend university in San Antonio. “Life is a big adventure,” Lecomte said at the time. “And not only do I hope to be an inspiration for others, but I also draw inspiration by seeing the struggles others are able to overcome.”