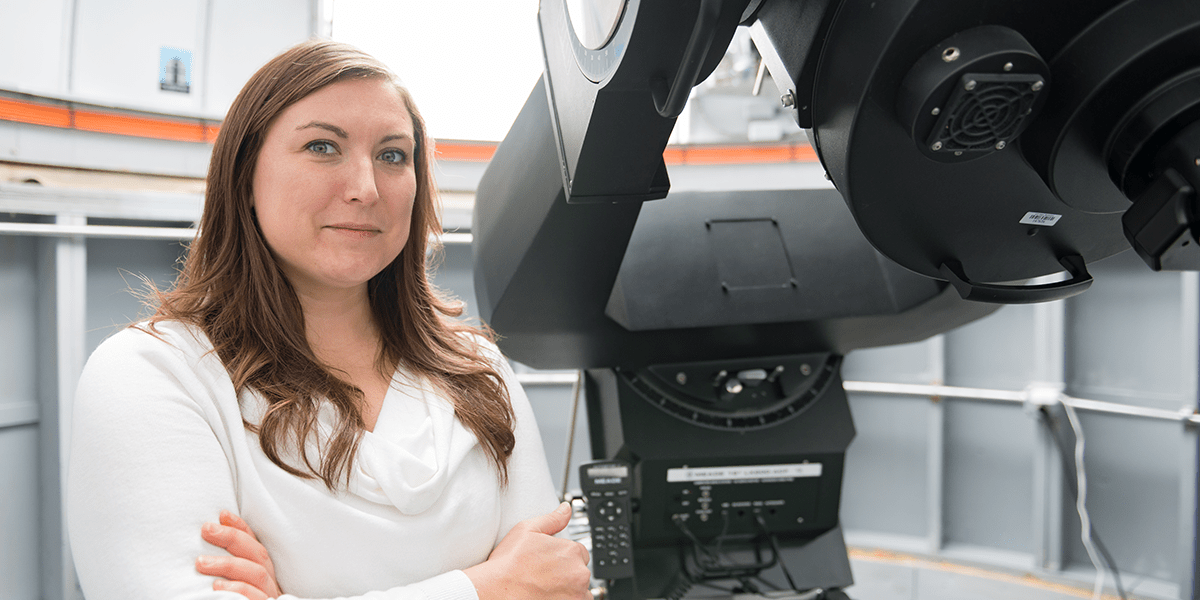 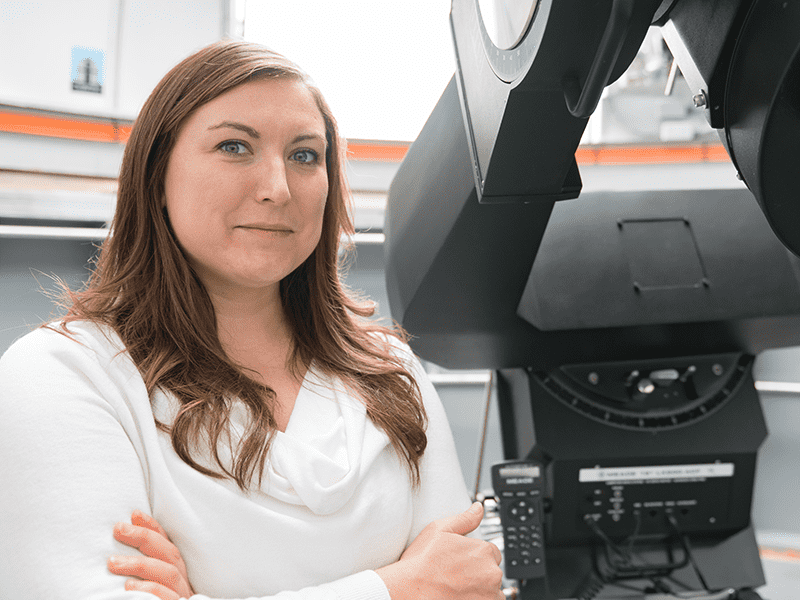 Lindsay Fuller ’17 held stellar aspirations ever since she was a child, and now she's an astrophysicist

Having perfected her astrophysics expertise as a doctoral student at UTSA, Lindsay Fuller ’17 is now exploring the great unknown.

Originally from Shreveport, Louisiana, Fuller had aspirations to become an astronaut when she was young. She was obsessed with the stars as a child and, growing up, wanted to turn that into a career. After learning, though, that most astronauts had backgrounds as military pilots before joining NASA, Fuller joined the U.S. Air Force right out of high school. She spent six years in the military doing intelligence work before deciding it was time to start chasing the mysteries of outer space.

“It was incredible. I was surrounded by all of these professional astronomers operating this airborne telescope, and I was still only in the second year of my program at UTSA.”

“I met with members of the physics and astronomy department at UTSA,” Fuller says of her research into where to attend university, “and it really felt right. Their research sounded really fascinating and exciting.”

She was convinced UTSA was the right place for her when she met Chris Packham, associate professor of physics and astronomy, whose research on black holes closely aligned with her interests. She enrolled in the Ph.D. program in 2013, and Packham became her mentor.

Not long after beginning her studies, Fuller traveled to the Canary Islands in Spain to work with and learn from professional astronomers at the Gran Telescopio Canarias, a 10.4-meter telescope at the top of one of the steepest islands in the world. “It was so intimidating,” she says, “but also so exciting to see this great, impressive telescope and speak to astronomers who were living my dream.”

Packham was deputy principal investigator for the development of one of the first instruments for the telescope. This took Fuller to Spain to observe black holes in the central regions of active galaxies as part of her research about the structure and evolution of black holes.

The following year, Fuller took a big leap forward—and upward—with her research when she boarded NASA’s Stratospheric Observatory for Infrared Astronomy, a Boeing 747 jet with a massive telescope installed inside. The aircraft is the largest airborne observatory in the world and allows for views of space clear of some of the atmospheric obstructions of Earth. “It was incredible,” Fuller says. “I was surrounded by all of these professional astronomers operating this airborne telescope, and I was still only in the second year of my program at UTSA.” 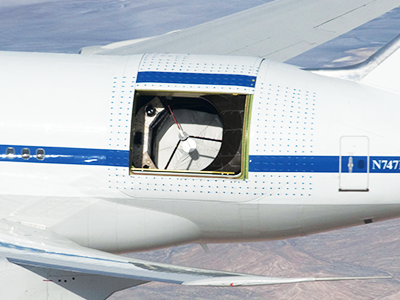 The experience helped Fuller’s confidence and tested her analytical skills. After she received her results, she spent more than a year analyzing them and writing her first scientific study. She focused on the duct surrounding active black holes, which she found is more compact than previously thought. Fuller published her study in the summer of 2016, while she was still a Ph.D. candidate at UTSA. The following year, her study received national attention when NASA featured it on the front page of its website. NASA repeated the feature on Black Hole Friday in 2017.

“It was surreal,” Fuller says. “The paper was such a challenge and the fact that NASA wanted to feature it was one of those things I could only dream about 10 years ago. But now it’s a reality and it feels incredible.”

Fuller graduated with her Ph.D. from UTSA in December 2017. She worked on another study while doing postdoctoral work at UTSA, with plans to pursue a career in research.

While she no longer thinks becoming an astronaut is in the cards for her, she still draws inspiration from Sally Ride, the first American female astronaut. “I heard Sally Ride speak once,” Fuller says. “I think of a real pioneer in the STEM field, and I think of her. She arrived at NASA and was one of maybe five women among 100 men. Because of her, I’ve never felt like I had any barrier as a woman in physics.”

She adds, “I’d tell any woman who aspires to be in the STEM field not to let being a minority discourage her, because she’s just as good as anyone else.”