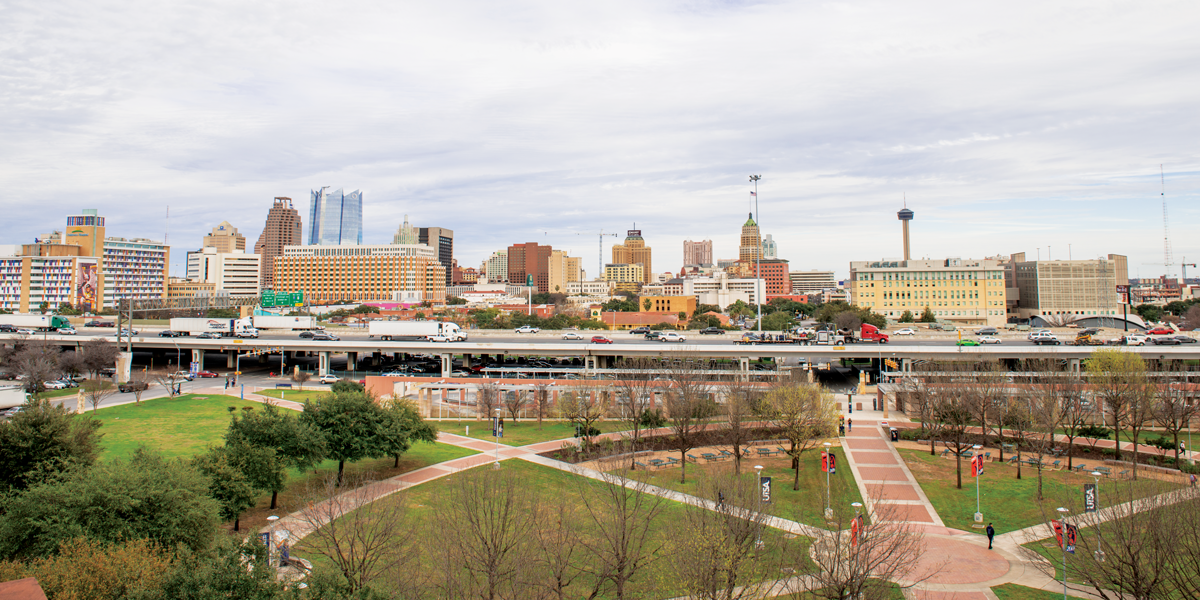 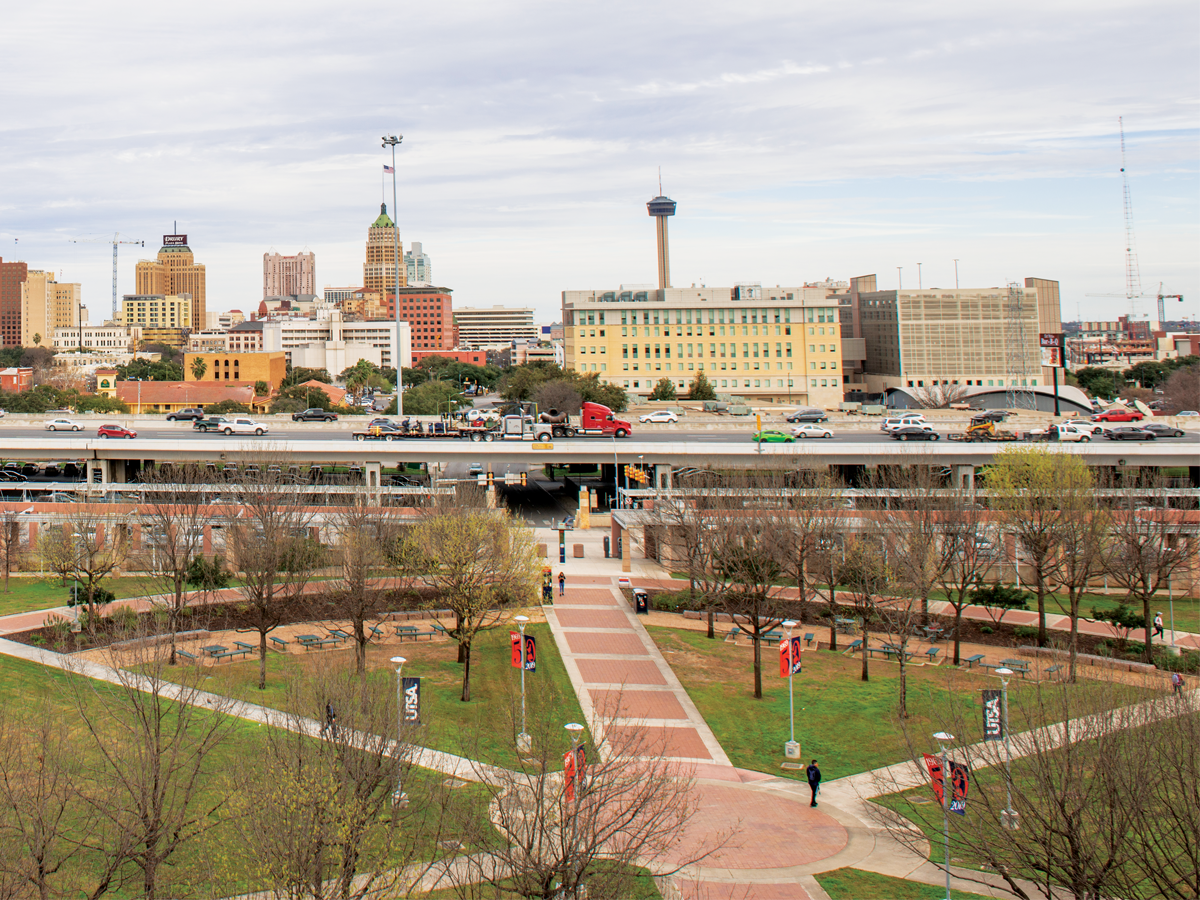 If you’ve never understood why agencies gather information about age, race, income, gender, ZIP code, or any other number of data sets about your personal life, it’s all about gaining demographic insights about their customers.

Demography professor Rogelio Sáenz admits that it’s often difficult for demographers to affect policy. Even when they provide valuable information, the resources aren’t always there to push any real change, so he didn’t know how San Antonio officials would respond to the 74-page Status of Women report he coauthored with former demography graduate student Lily Casura ’19 in May 2019. The report explored 13 issues involving women in San Antonio.

“It’s no understatement to say that the U.S. census is monumentally important to demographic researchers.”

Among many deficiencies, Sáenz found that there was a significant earnings gap between men and women in the city and that wages for local women lagged behind those of women in Dallas, Austin, and Houston.

More troubling, the rate of violence against San Antonio women is increasing each year. The number of women murdered by a male intimate partner more than tripled in Bexar County from 2012 to 2017.

“The reaction from city council has been, frankly, [that they’re] horrified,” Sáenz says, but he’s pleased to see that reaction has spawned swift action. “After seeing the report they really have been focusing on the next steps and putting together programs that address these issues.” Among those next steps were discussions about a pay parity ordinance in which companies seeking economic development incentives from San Antonio would be asked to incorporate best practices to help reduce the wage gap between men and women.

Working with five years of customer data, Potter was able to identify neighborhoods where people who were eligible for the affordability discount largely weren’t taking advantage of it. SAWS has since worked to appear at more community events and improved marketing of the program in those areas. “That’s an example of a pseudobusiness using our demographic resources to try to do more good,” he says.

As the co-investigator on a National Science Foundation project looking at urban water resiliency in the demographic hot spots of Texas, Potter indicates that access to clean water will be a key issue in Texas going forward. The water infrastructure difficulties coming for Texas in the 21st century will resemble the kind of water crisis that happened in California in the 20th century as climate models indicate a warmer, drier future for Central Texas coupled with rapid population growth along the I-35 corridor, stretching from the Dallas–Fort Worth area to the Rio Grande Valley.

“My observation is that SAWS has been very thoughtful and strategic about diversifying water sources and thinking well into the future,” Potter says. “When I look across the state that’s not happening everywhere. Smaller utility districts aren’t thinking about where they’re going to get water in 20 years, and it’s similar in some cities.”

Methodist Healthcare Ministries has provided medical and health services to low-income and uninsured families in South Texas for decades, but the research of associate demography professors Johnelle Sparks and Corey Sparks aims to make the nonprofit’s approach to patient care as comprehensive as possible.

The couple are looking at 13 years of clinic patient data to both craft predictive models and improve integration of that data. Because Methodist Healthcare Ministries handles vision, dental, physical, and mental health services, the Sparkses’ work will provide physicians with a more complete picture of a patient’s well-being and help them identify health trends. It will have an impact on treatments and accommodations for MHM’s clinic population. “The data is there,” Johnelle Sparks says. “It’s about how we use it and how we make sense of it.”

“I would say about 95% of the work I do involves census data,” Sáenz says before flashing a warm smile. “It’s my bread and butter.” It’s no understatement to say that the U.S. census is monumentally important to demographic researchers, but UTSA’s demography faculty and alumni are going out in their communities to tell the general public why it’s important for them as well.

The census has a big impact on federal funding for programs like Medicaid and Head Start, while also fulfilling the constitutional purpose of reallocating congressional seats among states.

States with growing populations pick up more seats in the U.S. House of Representatives, which is why Texas gained four seats after the 2010 census. “It was a big winner,” Sáenz says, “and it’s likely to be a big winner again in 2020, provided we get as complete a count as possible. Texas is in a position to gain three seats, but it might only be two.”

The hardest communities to count have traditionally been minorities, immigrants, lower-income individuals, people living in rural areas, and those who move frequently. They’re less likely to respond, and Texas has a lot of people in all five categories, making it a thorny state to completely count.

Although the 2020 census can now be filled out online (in addition to the traditional phone and mail options), and modern technology such as aerial maps and mobile apps will aid Census Bureau workers, they still have to visit any location in the bureau’s master address file that doesn’t send its response. “That’s expensive,” Potter says with an exasperated chuckle. “It gets really expensive when you start multiplying that visit by hundreds of thousands, and it gets a lot more challenging when many of those visits are spread across the lower Rio Grande Valley and other rural parts of the state.”

Both Potter and Sáenz predict that San Antonio will be among the greatest areas of undercount in the state, not only because of large low-income and Hispanic populations but also because of the digital divide. A 2018 National Digital Inclusion Alliance study found that 37.5% of San Antonio’s households lack home internet access.

That’s why Potter, Sáenz, Casura, and public administration alumni Drew Galloway ’14 and Enrique Treviño ’18 are all serving on the 2020 U.S. Census San Antonio Complete Count Committee to coordinate targeted community outreach and implement a plan to drive participation among the city’s undercounted populations.

They’ve worked with the San Antonio Chamber of Commerce and city staff to identify neighborhoods that are most likely to be undercounted. UTSA and its Institute for Demographic and Socioeconomic Research are also collaborating with the Local Update of Census Addresses program to update its address files as well as with the Texas Water Development Board on a parcel-level database that can be used to help the Census Bureau get a more complete count. “We did that during the last census, and we found about 11,000 or 12,000 addresses that they didn’t have,” Potter says. “If there’s an average of three people per household, that could have been more than 30,000 people that were not counted had we not identified the houses that were missing from the Census Bureau’s list.”

Beyond the demography department, UTSA is taking great strides to get the word out about the census, including sending mass emails to students, creating an online portal directing students to a census FAQ, and building spaces on campus to fill it out. President Taylor Eighmy has stated that an accurate count is part of the university’s responsibility as a public, Hispanic-serving institution, but it’s also important for students seeking federal financial aid, including Pell grants and subsidized loans, which are dependent on census numbers.