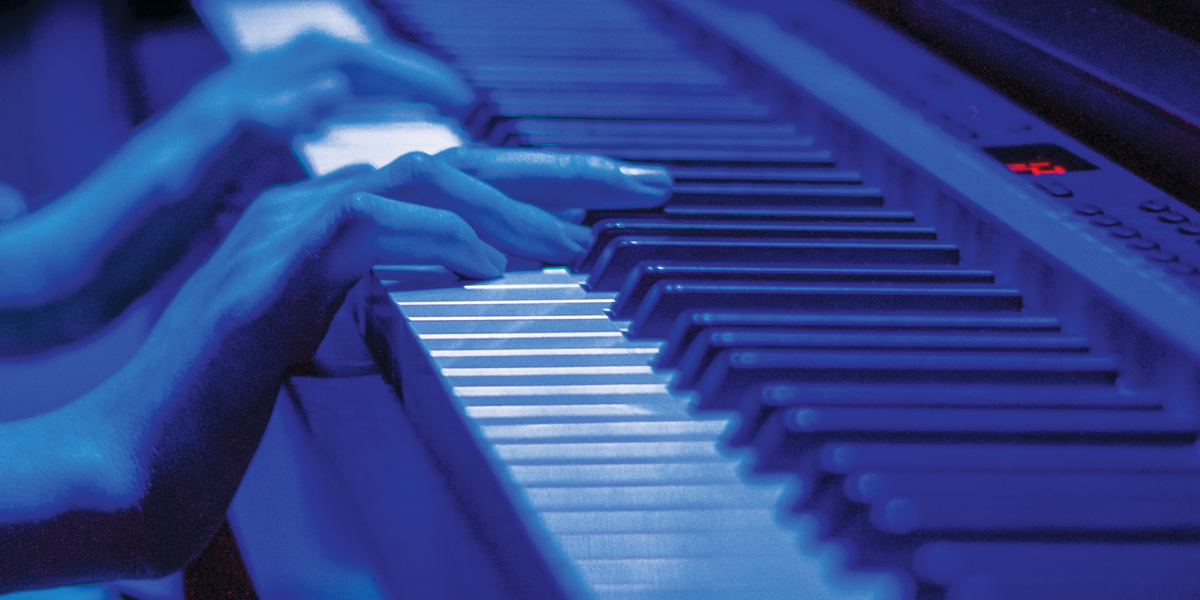 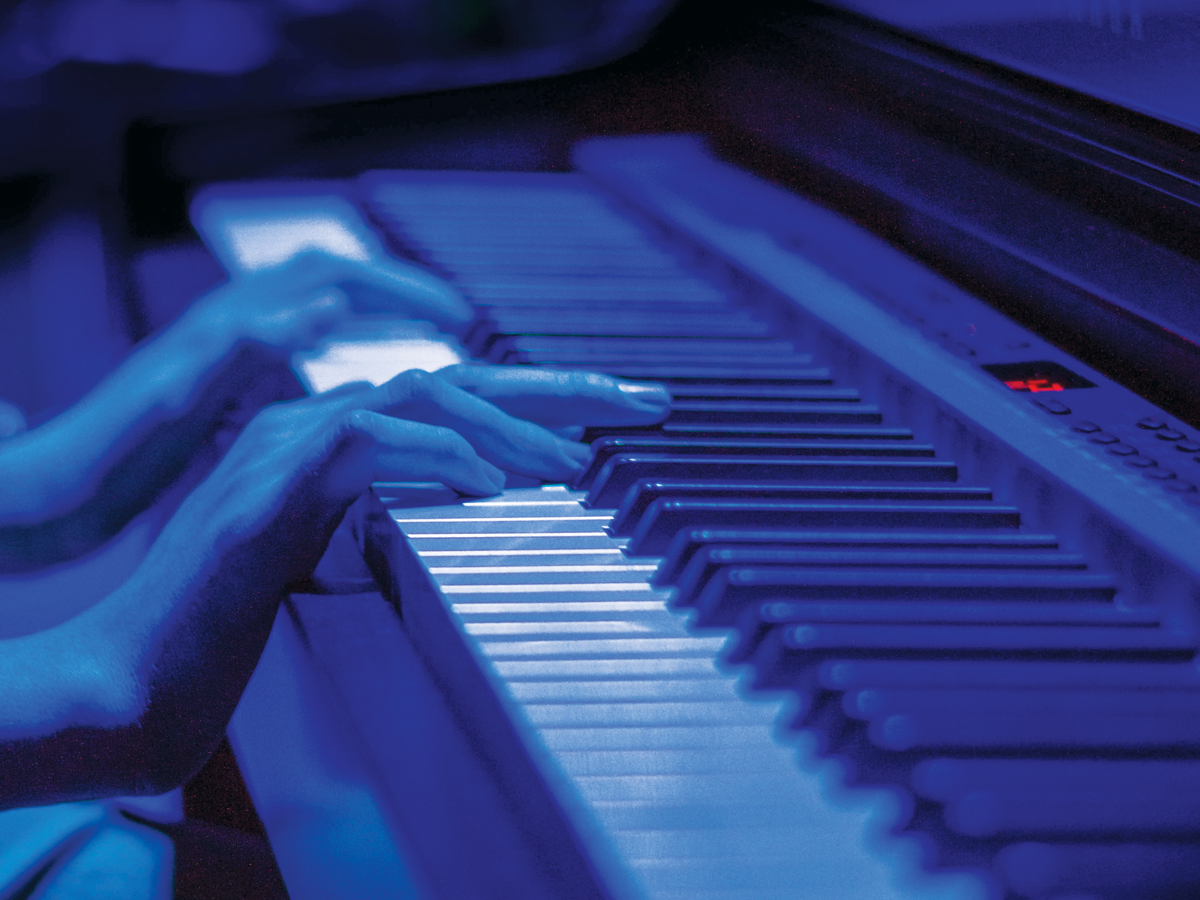 Do deceased music stars truly sell more albums after their death than when they were alive?

Legions of rock ’n’ roll fans have long held a belief that’s dark and difficult to dispute—that dying is the best thing that can happen for a musician’s legacy. There’s circumstantial evidence aplenty. Buddy Holly, Jimi Hendrix, Janis Joplin, Stevie Ray Vaughan, Tupac Shakur, and Kurt Cobain all reached an iconic status after their unexpected deaths at relatively young ages. But even musicians who died in their 50s and 60s in recent years, such as Prince, Tom Petty, and Chris Cornell, have spawned a resurgent appreciation of sorts.

“There’s a lot of money in [tribute bands], especially in San Antonio, which is a cover band market.”

Will anyone ever be able to prove it? It’s not likely, although two UTSA researchers have come about as close as possible. Stan Renard, assistant professor of music marketing and virtuoso violinist, and Richard Gretz, associate professor of marketing, have teamed up to study the impact of an artist’s death on the sales that follow. They examined the deaths of 81 notable artists (and their associated acts) who died between 2015 and 2017 and analyzed their sales figures for up to three years afterward. Their findings have been published in the Journal of the Music & Entertainment Industry Educators Association, but here’s a spoiler: Dead musicians have become cash cows for record labels, retailers and publishers.

You found that the sales figures for a dead artist don’t quite reach the predeath peaks, but they are persistently higher even three years after death. How surprising was that to find?

Gretz: It was very surprising. I could not find a model where you would see the sales going back to predeath levels. I just couldn’t do it. When you look at the graphs in the article, you see sales pop up early and come back down, but they never drop all the way back.

Renard: We’re talking about postdeath sales persistently being 20% better than predeath. If you look at someone like Michael Jackson, he’s making more money today in sales, streams and merchandise than he ever did when he was alive. Usually the way the industry works is that you make more sales because you play shows and sell from the bandstand. The more shows you play, the more opportunities you create to make sales, whether it’s vinyl, CDs, or whatever. So it’s surprising to see artists selling in greater numbers when they clearly can’t do that anymore.

Who’s benefiting from this boost in postdeath sales? Is it just record labels and surviving family members, or does this have any positive effect on living artists?

Gretz: It looks like there are some significantly positive spillover benefits, which we will cover in our next article. What we’re thinking, theoretically, is that when Prince dies, you become interested in the types of musical genres Prince was part of. If you listened to a lot of Prince after he died, you were also more inclined to listen to music like it. What we’re seeing in our research is that there are a lot of benefits from a notable musician’s death for artists of the same genre.

Renard: It’s very much a copycat game in the music business. Another side effect of that is all of the tribute bands that start popping up every time someone dies. There’s a lot of money in that, especially in San Antonio, which is a cover band market. The highest paying gigs in town are now cover band gigs, not original music.

So there’s definitely some residual benefit for the artists. Who else?

Renard: If you run a record store selling vinyls or reissues, you’re going to be able to capitalize on any artist’s death. You can increase that artist’s footprint either physically in a store or digitally online, and then get the word out with some digital ads and social media blasts. And if you own the portfolio of an artist’s songs, there’s a lot of interest in this research. There are new tech companies that can take that catalog and put it at auction. At Royalty Exchange, for example, you can buy Jay-Z’s catalog for 10 years. Check it out. It’s crazy. It’s almost like stock investments, but you’re buying into the catalogs of artists. I think using our model will help those folks make more educated guesses at what the value of those catalogs will be.

“Anything related to music always tends to be fascinating. Death is fascinating too.”

What artists in this study sold particularly well after their deaths?

Renard: Tom Petty was one. The surge in sales the day he died was close to 7,000%. Prince had a 16,000% surge. David Bowie had a number 1 album after he died. Those are definitely massive superstars. Most of the artists we sampled for the article are pretty well-known artists, but they weren’t quite on that level.

Gretz: On a three-year average, though—I hate to say it—they are all selling better dead than they were alive.

How do you hope to further this research and connect with industry professionals and music fans alike?

Gretz: The biggest contribution of our initial research is that we’ve found, on average, that those sales just don’t drop back to normal. But we also have a lot of stuff that we can build on. Do age differences matter? Does it matter if the artist is emerging? Are there spillover effects to artists that are still alive? Does the genre of music itself matter? This is the opening to a lot of interesting questions that we hope to answer down the line.

Renard: Anything related to music always tends to be fascinating. Death is fascinating too. We’re in a university that’s research-centric, so I think we’re both really happy that we can do this kind of research that’s relatable and piques everyone’s curiosity.